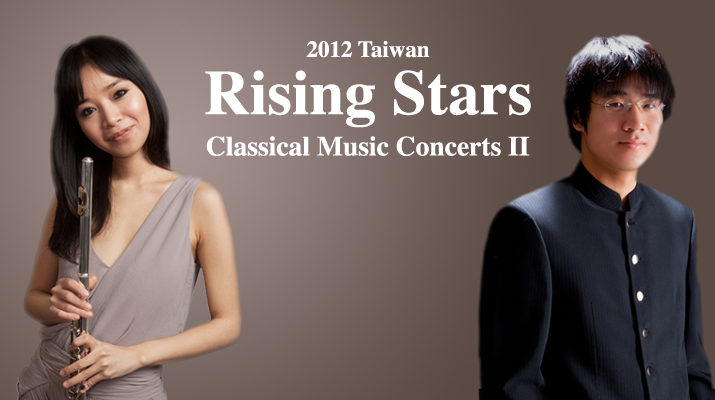 Ya-Hsin Angel Hsiao is a First Prize winner of the 2011 Alexander & Buono International Flute Competition, and as such debuted in Carnegie Hall’s Weill Recital Hall in October 2011. She was also the Third Prize winner of the 2011 National Flute Association’s Young Artist Competition, the First Prize winner of the New York Flute Club Young Artist Competition in 2008, and the winner of the Stony Brook University’s 2008-2009 Concerto Competition. In 2007 she was a finalist at the XII International Flute Competition in Timisoara, Romania, and has also received prizes from Belgium’s Neerpelt Music Festival for Youth and the Jong Tenuto Competition. Ms. Hsiao joined the roster of Astral Artists as a winner of its 2010 National Auditions. Angel Hsiao recently appeared on Long Island’s North Shore Pro Musica concert series and debuted on Astral’s concert series in the 2011-2012 season, in its Spiritual Voyages Festival and as concerto soloist with Symphony in C under Rossen Milanov. She gives her debut recital in Taiwan in October 2012 for the Taiwan Classical Music Society, and makes her Philadelphia recital debut on Astral’s series in December 2012. the age of 19, she was admitted to the University of Cincinnati to pursue a Doctor of Musical Arts degree with Bradley Garner. She earned a Doctor of Musical Arts degree in 2011 from Stony Brook University, where she studied with Carol Wincenc. Angel Hsiao is an Astral artist.

Evan Wong have just made his Taiwan National Recital Hall debut to a sold out crowd this August, Evan Wong performed three recitals this summer, which were broadcasted by several radio stations including the Radio Taiwan International and the National Education Radio Stations, in venues throughout the north and south of Taiwan. Recent performances include a Debussy Project master class with Richard Goode and the project concert in Juillard’s Paul Hall. As first prize winner of the 2008–09 New England Conservatory Concerto Competition during his freshman year, Evan Wong made his orchestral debut in Jordan Hall 2009 April with the New England Conservatory Philharmonia Orchestra and Julian Kuerti as soloist in Rachmaninoff’s Rhapsody on a theme of Paganini op.43 to a great acclaim. Having participated in several competitions, Evan Wong is both the 2008 and 2007 Bicardi Fallon Performing Arts Competition’s top prize winner and scholarship recipient. He was also a finalist at the 2011 New York Koscuizko Chopin Competition and a semi-finalist at the 2010 Concert Artist Guild competition.

Dr. Lan-In Winnie Yang has enjoyed successes not only as a pianist but also as a composer.  She has been highly awarded and honored in both the fields of performance and composition in her native land of Taiwan, as well as across the United States and abroad.  Dr. Yang's recent composition “Sonata for Violin and Piano”, written at the request of the renowned violinist, Philip Setzer, founding member of the Emerson String Quartet, will be premiered by Philip Setzer and pianist, Gilbert Kalish, in New York and Smithsonian, Washington D.C. in 2013.  Another recent orchestral work, “Piano Concerto”, is commissioned by the Egret Cultural and Educational Foundation, and will be premiered by the Taiwan National Symphony Orchestra.  Dr. Yang’s recent performance activities include the performance of Rachmaninoff Piano Concerto No.2 with the Stony Brook Symphony Orchestra under the conductor, Jeffrey Milarsky, solo piano recitals and chamber concerts, in which she has played several of her compositions, in New York, San Francisco, Tokyo, Hong Kong, The Netherlands, Taipei and Kaohsiung Taiwan.  She was a two-time winner of the Taiwan National Composition Competition, Taiwan National Piano Competition, JOC Youth Composition Competition, and AOJOC International Composition Competition.
Back
返回頂端
關閉選單
Keywords: 文化部
fb youtube mail