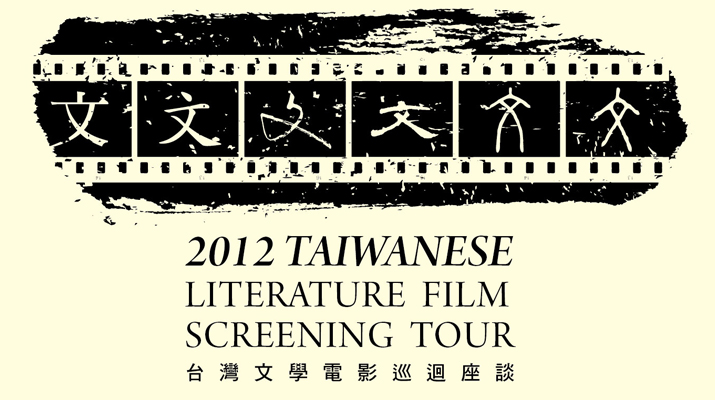 This year, the Taipei Cultural Center and National Museum of Taiwan Literature are proud to present the first-ever U.S. film series to showcase films based on works of fiction by Taiwanese authors. Showings of Love’s Lone Flower, The Moon Also Rises, and The Song of Cha-tian Mountain—based on works by Pai Hsien-yung(Kenneth Pai), Li Ang, and Chung Chao-cheng respectively—will be followed by a discussion with an intention to deepen American viewers’ understanding of the films and widen their appreciation of Taiwanese film and literature.

Love’s Lone Flower, dir. Jui-Yuan Tsao, based on the novel by Pai Hsien-yung

In Love's Lone Flower, based on Pai Hsien-yung’s “Taipei People,” Anita Yuen stars as Yuenfang, a refugee originally from Shanghai who escapes the city to Taiwan following the Communists' 1949 victory in the Chinese civil war. She works as a restaurant hostess, where she becomes a mentor for Juanjuan (Lilly Hsiao), who reminds her of a previous lover, Wubao (Angelica Lee), who died during their escape to Taiwan. However, Juanjuan falls for a guest at the restaurant, a crude gangster named Ko, and they enter into a life of violence and drugs, leaving Yuenfang to come to terms with the fact that she may not see her ever again.

The Moon Also Rises, dir. Lin Cheng-sheng, based on a short story by Li Ang

The Moon Also Rises, based on Li Ang ’s short story “Lotus in the Western Paradise,” tells of a divorced mother living alone with her daughter, cut off from the world. When her growing daughter begins a romantic correspondence with a young man, it kindles her lust, and she begins a transgressive love affair with the object of her daughter’s affections.

The Song of Cha-Tian Mountain, dir. Huang Yu-shan, based on the novel by Chung Chao-cheng

The Song of Cha-Tian Mountain, based on the last novel in Chung Chao-cheng’s Taiwanese Trilogy, depicts Taiwan’s tragedies under colonialism and the struggles of the Taiwanese for a new life. Toward the end of the Second World War, as the Japanese Empire tightens its internal policing, repressive thought-control measures in Taiwan spark protest by Taiwanese intellectuals. A young Taiwanese man, Lu Chih-hsiang, returns after studying in Japan full of idealistic ardor, and struggles with loneliness in a turbulent era. The film is a tribute to how, amid large historical currents, ordinary people fight to survive and persevere in their ideals; it explores the subtleties of human nature and the power of the human spirit.

Pai Hsien-yung was born in Guilin, Guangxi in 1937. He holds a degree in English literature from NationalTaiwanUniversity and an MFA in creative writing from the Iowa Writers’ Workshop.

The son of the famous general Pai Chung-hsi, who fought against the Japanese during World War II, Pai spent his childhood in mainland China. He moved to Hong Kong in 1949, then to Taiwan in 1952, where he was reunited with his parents. In 1963 he relocated to the U.S., earning his Master’s in 1965 and then taking a post at the University of California at Santa Barbara, where he taught Chinese language and literature until he retired in 1994. In 1997, UC Santa Barbara established the Pai Hsien-yung Collection, an archive of Pai’s manuscripts, published works in numerous different languages, and related documents.

Pai is the author of numerous novels, essays, plays, short stories, screenplays, and works of criticism; his collected works have been published both in Taiwan and in Mainland China. His works have been studied enthusiastically by scholars on both sides of the Straits, and the depth and breadth of scholarly interest in his works have earned him a place in the modern Chinese literary canon.

Recently, Pai has become a prominent AIDS activist and an advocate for the revitalization of Kunqu opera. His production of the classical Kunqu opera The Peony Pavilion has toured on both sides of the Straits and in the U.S., earning widespread attention. At present, this “pioneer of modern literature” turned “classical opera evangelist” is at work writing a biography of his father, Pai Chung-hsi.

Li Ang is the pen name of Shih Shu-tuan, a renowned Taiwanese feminist writer. As a native of Lukang, Li won great acclaim for her first short story, “Flower Season,” published when she was a freshman in high school. After graduating with a degree in philosophy from ChineseCultureUniversity, she studied drama at University of Oregon. Her fiction covers a wide range of themes, but her earliest work focused on love, sex, the treatment of women, human liberation, and its relationship with social mores. In 1983, her deeply moving, exquisitely crafted novella The Butcher’s Wife was awarded the United Daily News Prize for the Novelette. Works such as Autobiography: A Novel treat sex and the moral questions that surround it in a striking, direct way. Other novels such as Strange Garden and Beigang Incense Burner: The Devil with a Chastity Belt grapple with more political themes, and have attracted a great deal of attention from readers and critics. In her recent food writing collection Duck Spring Feast, mood and atmosphere take center stage. Possessed treats the supernatural and the spiritual. Li’s works have been translated into English, German, Japanese, and numerous other languages, and in 2004 she was awarded the Chevalier de l’Ordre des Arts et des Lettres by the French Ministry of Culture. She is one of Taiwan’s most internationally celebrated authors.

Huang Yu-shan was born on the Pescadores Islands of Taiwan and grew up in Kaohsiung. She graduated in 1976 from National Chengchi University with a degree in Western languages, after which she worked as an editor for Artist magazine. From 1977 to 1979, she was a continuity girl for Central Pictures Corporation and the Ta Chung Motion Picture Company and a producer for Good Morning Taipei. Feeling her own background in filmmaking to be inadequate, she studied abroad to deepen her knowledge. First she studied theater-style filmmaking at Iowa University and then transferred to New York University, from which she graduated in 1982 with an MFA. Her work as a director, producer, and professor has always centered around independent filmmaking, and in addition to feature films she has also created a number of documentaries. Her works display a deep concern for women’s issues. She is currently a full-time Assistant Professor at the Graduate Institute of Sound and Image Studies in Management at the Tainan National University of the Arts, where her field of study encompasses directing, independent filmmaking, movies about women, documentaries, and film criticism.

The University of Scranton's Asian Studies Program in collaboration with the Schemel Forum and the Women's Studies
October 1 at 5:30PM
《The Moon Also Rises》Followed by Q&A with author Li Ang
October 2 at 5:30PM
《The Song of Cha-Tian Mountain》Followed by Q&A with director Huang Yu-shan
The Ann and Leo Moskovitz Theater at the DeNaples Center 401
800 Linden Street, Scranton, Pennsylvania 18510
Tel: 570.941.7400 Web: http://www.scranton.edu/

Trinity University the EAST Program and the Music Department
October 5 at 6:30PM
《The Song of Cha-Tian Mountain》Followed by Q&A with director Huang Yu-shan
Northrup Hall Room 040