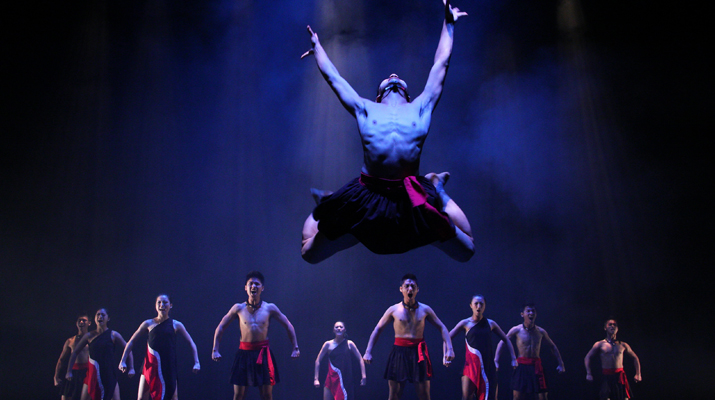 Originally from Sandimen Township Pingtung County, Taiwan, Tjimur Dance Theatre integrates the elements of the modern and the traditional to create the unique aesthetics in its aboriginal dance pieces. Highly praised by Harbourfront Centre in Toronto, Canada, Tjimur Dance Theatre is honored to be invited to the world?s largest, leading triennial Indigenous Festival. Sponsored by Ministry of Culture, R.O.C. Taiwan, Tjimur Dance Theatre will leave for the Harbourfront Centre on August 16th to present three performances with indigenous dance groups, music bands, and artists around the world, and promote the magnificent cultural exchanges with the world indigenous.

Founded in 2006, Tjimur Dance Theatre under the direction of the Leader Liao Ying-Chieh, Artistic Director Liao Yi-Hsin and the emerging choreographer Madilin Balu dedicated in promoting the indigenous dance and music as high art, and carrying on the indigenous culture. Imbedded the art of dance and music in their life, the contemporary body movements in their performance, Tjimur Dance Theatre aims to explore the possible integration of the dance and music of Paiwan Tribe with the theatre and other art forms to present a more complex performing context.

Inspired by the stories of the Artistic Director Liao Yi-Hsin and the choreographer Madilin Balu, Director Luo Zhi-Zhong accomplished his first feature film, ?Battle/Dance?(Zhan/Wu). This film delineates the intimacy between the Paiwanese sister and brother who are in love with dance, and how they dauntlessly fulfill their dreams in dance. The director aims to strike the audience and inspire them to pursue their own dreams through this film featuring ?the story of the common people.?

This time with the invitation to Canada Planet IndigenUS Festival is the first formal presentation abroad ever since Tjimur Dance Theatre was founded. This meaningful invitation from Planet IndigenUS indeed fulfills Madilin Balu?s dream who once told his sister Liao Yi-Hsin that ?I will show my dance to everyone. I want to stand on the world stage,? when he was running away from the tribe.

Tjimur Dance Theatre will present Kurakuraw, the first series ofDance the Life, Dance the Glass Bead Series, choreographed in 2008, on August 18th for Planet IndigenUS. Based on the legend of Kurakuraw, the Paiwanese glass beads, the production will be presented in the forms of contemporary dance and A Cappella with innovative costume design. Different from the traditional indigenous dance and music, Tjimur Dance Theatre aims to introduce its novelty in indigenous culture.

On August 19th, the closing ceremony of Planet IndigenUS, the indigenes around the world are going to present their own culture, and Tjimur Dance Theatre will then perform the traditional Paiwan tribe dance.

Under the name of ?The first Taiwanese contemporary dance troupe of Paiwan,? Tjimur Dance Theatre will leave from its origin, Sandimen, for the world stage in attempt to present the power of Taiwanese indigenousness and the beauty and innovation of the traditional indigenous art in Taiwan.