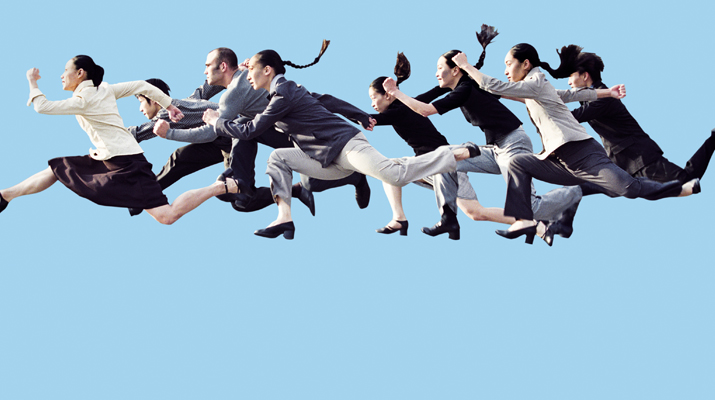 During the opening week of Joyce Theater's 2012 Spring/Summer season, Cloud Gate 2 will be making its New York Debut with four shows on February 8th, 10th and 12th. In an evening's performance, audiences will have the unique opportunity to see five works by four cutting-edge Taiwanese choreographers performed by the company's young members who are well trained in contemporary dance, ballet and traditional Chi Kung exercise. Unlike most? junior? companies, Cloud Gate 2 does not prepare dancers for Cloud Gate, nor does it perform Lin Hwai-min's choreography. Its purpose is to showcase unconventional, esteemed choreographers and dancers and highlight the broad scope and diversity of Taiwanese dance. Cloud Gate 2's annual Spring Riot, which presents award-winning choreographers' original and groundbreaking works, has become one of Taiwan's most anticipated art events.

The choreography to be performed at The Joyce Theater includes Passage by Bulareyaung Pagarlava, guest choreographer for the Martha Graham Dance Company (2011, 2009) and American Dance Festival (2011). The New York Times has said of his theatrical choreography,? Eager to see more works by this evidently original choreographer.?

Two dances by Huang Yi, Wicked Fish and Ta-Ta for Now, will be performed. Early in 2011, Huang Yi was noted in Dance Magazine's ?25 to Watch? issue and in 2010 was the winner of the International Choreography Competition in Denmark. Another awardwinning artist, Cheng Tsung-lung, will be featured on the Joyce program with The Wall. In addition to his accolade in winning the 2006 No Ballet Choreography Competition, Cheng recently won the 2011 Roma Danza and 16th MASDANZA International Choreography Competitions. Cheng is known for his works being architectural in scope and precision. Renowned choreographer Wu Kuo-chu, former artistic director of Tanztheater at Staatstheater Kassel, whose work was described as? Body language close to heaven,? in German press, will be represented with Tantalus on the Joyce program.

Cloud Gate 2's New York debut at The Joyce Theater will be seen amongst 25 internationally renowned dance companies. An opportunity to join in conversations with the Cloud Gate 2 choreographers will be open to the public on Friday, February 10th in the Dance Chat series after the performance. Tickets to performances start from $10. For detailed information, please go to joyce.org.

In addition to performances at The Joyce Theater, Cloud Gate 2's US tour also includes: