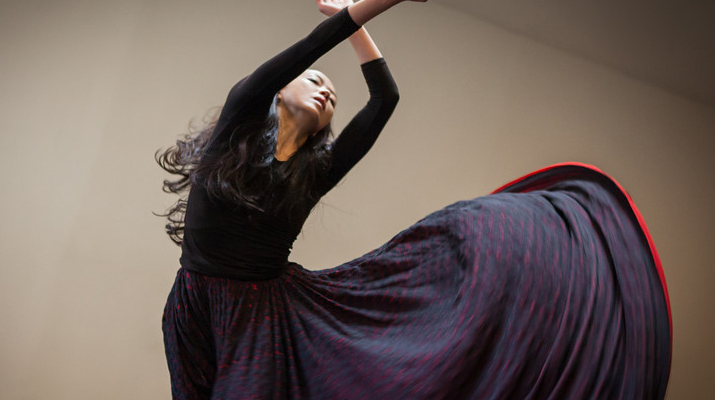 The Martha Graham Dance Company presents a one-night-only event featuring the brilliant Taiwanese dance artist Fang-Yi Sheu in the powerful lead role in Chronicle, dancing for the first time in two years with the Graham Company.

Chronicle was Martha Graham’s response to the menace of fascism in Europe, and said “Chronicle does not attempt to show the actualities of war; rather does it, by evoking war’s images, set forth the fateful prelude to war, portray the devastation of spirit which it leaves in its wake, and suggest an answer.” Set to music by Wallingford Riegger, and with costumes by Martha Graham, this piece is of the very few dances Graham made which can be said to express explicitly political ideas.

Fang-Yi Sheu, former principal dancer of the Martha Graham Dance Company, returns for one night only to dance the lead role in  Chronicle (1936). Sheu, a native of Taiwan, studied the Graham Technique with Ross Parkes at the National Institute of the Arts in Taipei. She received a full scholarship from the National Endowment for Culture and Arts of Taiwan in 1994, and joined the Martha Graham Dance Company in 1995. New York magazine’s Laura Shapiro raved that Sheu “has Graham fire sizzling right through her.”

The night also includes international ballet superstar Diana Vishneva’s New York debut in Errand into the Maze.Thisfollows her critically acclaimed Graham performances at the Stanislavsky and Mariinsky Theaters.The program opens with a duet from Appalachian Spring danced by Tadej Brdnik and Miki Orihara. Diversion of Angels danced by current stars of the companywill also be performed.