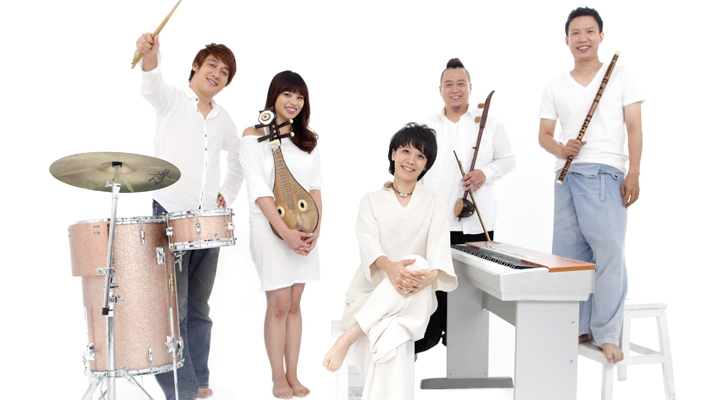 Sizhukong, winner at the 2010 Golden Melody Awards and the 2011 Golden Indie Music Awards, has been invited to perform at the 30th Annual Canadian Music Week.  Taiwan's sole representative at this year?s event will be performing in Toronto on March 21 and 24, one of 900 bands invited from all over the world.

Founded in 2005 by a group of innovative young musicians from jazz and traditional Chinese music backgrounds, since then Sizhukong has performed over 200 concerts, including their own annual extravaganzas in Taiwan and invited performances in Taichung, Korea, China and even Lithuania, dazzling audiences worldwide with their unique combination of musicianship and daring.

For the 30th anniversary edition of Canadian Music Week a jazz section is launched with bands invited from all over the world.  Sizhukong is the first Taiwanese jazz group to receive an invitation to this festival, and they will be Taiwan?s only representative at this year?s event.  Artistic director Yuwen Peng notes that in addition to their performances the group will be participating in the festival?s workshops and exhibitions, providing a great opportunity to network with music industry elite.  Yuwen is confident that the band will come away with many new ideas about how Sizhukong can continue to bring global recognition to their unique brand of Taiwanese jazz.

This will be Sizhukong?s first trip to Canada and their first international performance of 2012.  The members of the band are tremendously excited to have this opportunity to present their Taiwanese brand of music to musicians and fans from around the world, and to gather new musical ideas from the other participants as well.  The trip to Toronto also coincides with two important new developments for Sizhukong.  First, an all new website with a world-class design will go online just before they go to Toronto.  Sizhukong, now in their seventh year, will truly enter the age of the internet.  Second, their newest album will be released in April, songs from which will receive their international debut in Toronto.  The new album sees Sizhukong continuing to push the fusion of traditional music and jazz in new directions, this time by incorporating Taiwanese opera and aboriginal folksongs into their compositions.  We?ll see what the audience in Toronto thinks!
Back
返回頂端
關閉選單
Keywords: 文化部
fb youtube mail