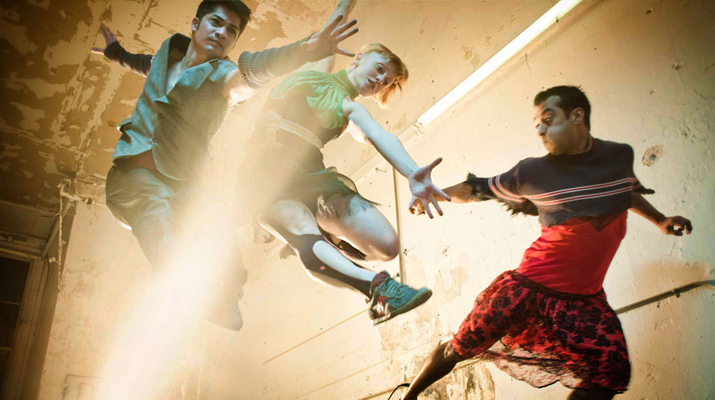 Through the Taipei Cultural Center in New York, the Ministry of Culture, ROC (Taiwan) has sponsored WCdance (Taipei) taking on the innovative international exchange project with The Seldoms, a Chicago-based renowned contemporary dance company. The whole June of 2012, WCdance and its energetic dancers are developing two new contemporary dance works with The Seldoms. The two companies will have a shared concert at the Ruth Page Center for the Arts on June 28, 29, 30 at 8pm and July 1 at 3pm. Tickets are $20 general admission and $15 for students and seniors.

WCdance is The Seldoms? partner in the international creative exchange initiated and designed by The Seldoms and funded by the John D. and Catherine T. MacArthur Foundation?s International Connections Fund. The exchange opens with a month-long residency by WCdance in Chicago in June, during which the two contemporary dance companies will be in the studio together. The heart of The Seldoms? exchange with WCdance involves each artistic director developing a new work with the other company - a tremendous opportunity for both choreographers and the dancers. The residency will culminate in a shared concert at the Ruth Page Center for the Arts featuring two premieres made during the intensive creative period, as well as other new short works by each company.

The exchange continues in November 2012, when The Seldoms travel to Taipei, Taiwan, to perform with WCdance at the National Theater of Taiwan.

WCdance was identified by Seldoms Artistic Director Carrie Hanson as sharing some same artistic values: innovation; invested collaboration with artists in other media; excellent technical dancing; and particular interest in the visual environment of the performance space. WCdance?s Artistic Director WenChung Lin is an intriguing dancemaker in his blend of Eastern and Western influences in his work and approach, his re-imagining of performance space, and in his extraordinary physical articulation and power.

Founded in 2008 by Mr. Lin, a former dancer with Bill T. Jones/Arnie Zane Dance Company, WCdance has ignited the Taipei scene in its short five years. In that time, Mr. Lin has developed his acclaimed ?Small? series of work, configuring innovative perspectives for audience in what he calls ?Miniature Theater?. The series began in 2008 with a work called simply ?Small?, which was danced inside a glass three square meter box. ?Small Songs? followed in 2009, staged to both Eastern and Western love songs and, again, played out within a confined space. In 2010, the performance space opened up with ?Small Puzzles?, but was filled with large geometric forms - puzzle pieces - ordered and reordered by the dancers. The fourth work of the ?Small? series is currently in development - ?Small Nanguan? - about the traditional Taiwanese music form, nanguan.

The Seldoms Artistic Director Carrie Hanson, one of Dance Magazine?s ?25 to Watch? in 2012, has made over twenty-five original works for the company that have been performed nationally and in Germany and Russia. Interested in unconventional performance settings, Hanson has previously placed dance in a cargo container, an Olympic-sized outdoor pool and an architectural salvage store. Recently her focus has shifted to issue-based work, such as the critically acclaimedStupormarket (2011), a dance theater piece about the economic meltdown. She was a 2005 Chicago Dancemaker?s Forum Lab Artist, has twice been awarded an Illinois Arts Council Choreographic Fellowship, and received a Ruth Page Award for Performance. In 2009 and 2011, she was named by New City as one of ?The Players: 50 People Who Really Perform for Chicago?.

In their tenth season, The Seldoms strive to make intelligent, charged dance that is driven by inquiry in contemporary issues, the history of ideas and art, and reflection on individual experiences. The Seldoms are alchemists of artistic media who believe that movement?along with image, sound, text and location?can expand action and environment into larger restless visions. Since 2001, the company has performed widely in Chicago, notably at the Museum of Contemporary Art (MCA), the Harris Theater for Music and Dance, and at The Dance Center of Columbia College Chicago, at national venues including Joyce SoHo in New York, and internationally in Russia. The Seldoms has a history of presenting nontraditional performance to audiences; they have designed major multi-disciplinary site-specific performances in a variety of spaces including industrial, retail, historic, and outdoor sites. The company has built a reputation for bold, unusual collaborations and a full exploration of the other media supporting dance, working intensely with visual artists, architects, composers and fashion designers.