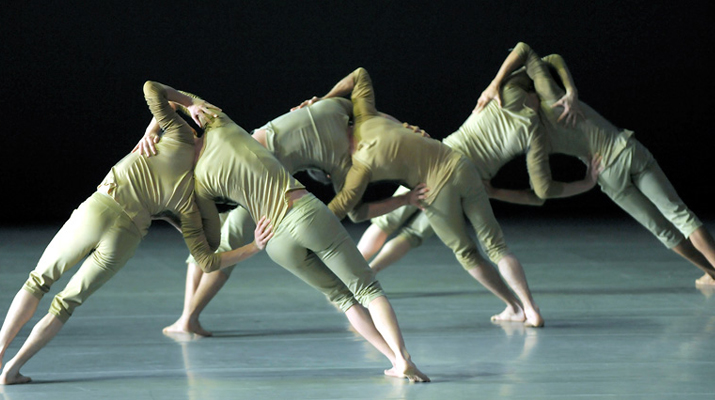 The American Dance Festival (ADF), founded in 1934, has been in existence for over 75 years; according to the New York Times, ?The ADF has been recognized nationally and internationally for its pioneering work in leading? the way in making a significant connection between American Modern Dance tradition . . . and the newer surge in contemporary dance trends abroad.? In 1987 the ADF established its International Choreographers Residency (ICR) program.

In 2008, 2009, and 2011 the Taipei Cultural Center (TPECC) in New York cooperated with the ADF to bring six Taiwanese choreographers - Chen Wu-Kang, Bulareyaung Pagarlava, Chou Shu-Yi, Pan Chien-Yeh, Chen Yung- Li, and Chang Tzu-Ling - to the U.S. to participate in the program. During the sixweek residency, choreographers are able to watch performances at the festival and attend various classes; in addition, they have a chance to meet other choreographers, dancers, and dance professionals from all over the world, trading ideas and experience and absorbing new forms and concepts from other cultures. In addition, the residency program provides time and space for participants to create new works and hold informal performances for the appreciation of other attendees. The TPECC hopes that Taiwanese choreographers attending the program benefit from this opportunity to exchange ideas with, study alongside, and appreciate the works of choreographers from countries across the globe, honing their craft as choreographers and increasing their international visibility.

While participating in the ICR in 2011, Bulareyaung Pagarlava was selected as the first Taiwanese choreographer to join ADF's Past/Forward program, for which he created an original dance work entitled? Landscape 2011 ADF,? premiered in three performances July at Duke University's Reynolds Industries Theater alongside works of noted American choreographers Twyla Tharp and Martha Clarke. This was an added benefit for Bulareyaung's participation in the ICR. Bulareyaung's piece was highly regarded by the Festival's director Charles Reinhart and its co-director Jodee Nimerichter, and was featured as the penultimate item on the program. The three performances at Duke proved to be one of the highlights of the festival, drawing large audiences.

About his piece? Landscape 2011 ADF? Bulareyaung said:? The inspiration for this work came from stories from the dancers? own lives. They come from countries across the world, bringing the perspectives of different cultures, and yet they share a common dream: to dance.? In 2012 the TPECC will continue to cooperate with the ADF, selecting two more Taiwanese choreographers to participate in the ICR program, another leap for choreographers toward the fulfillment of this dream.
Back
返回頂端
關閉選單
Keywords: 文化部
fb youtube mail