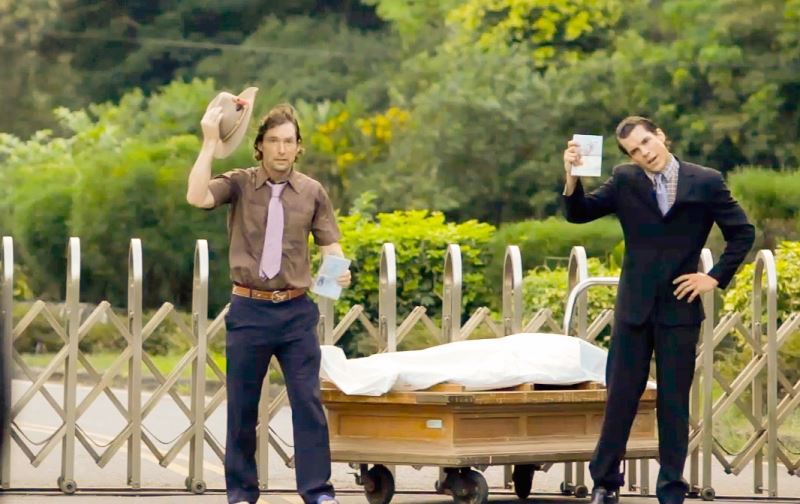 THE TAIWAN OYSTER is a newly released American-Taiwanese Independent film set and shot in Taiwan. The film has screened in many important film festivals worldwide including SXSW, The Hampton’s, Kaohsiung, Oldenburg (Germany), Bahamas, San Diego and was the Winner of the Berlin Independent Film Festival.

THE TAIWAN OYSTER tells the story of Darin and Simon, two American ex-patriots who steal the corpse of a fallen countryman and embark on a quixotic road trip through the Taiwanese countryside in search of a suitable burial place for a person they barely knew. Masquerading as a bender road-movie, the darkly comic film explores deep existentialist questions as the protagonists’ journey deeper and deeper into the Taiwanese countryside. Darin and Simon’s quest for the perfect burial spot becomes a strange trip down Taiwan’s picturesque East Coast Highway as they encounter the unique cultures of Taiwan, welcoming families, and Nikita, another lost soul who joins their odyssey. The film addresses the universal questions that arise when one is confronted with an untimely death, explores the unique cultures of Taiwan, and probes a Southeast Asian Ex-pat experience.

THE TAIWAN OYSTER is now available for rent or purchase on I-Tunes, Amazon, Comcast and will be released on Sundance International channel in Taiwan (and many other countries) in March 2014.