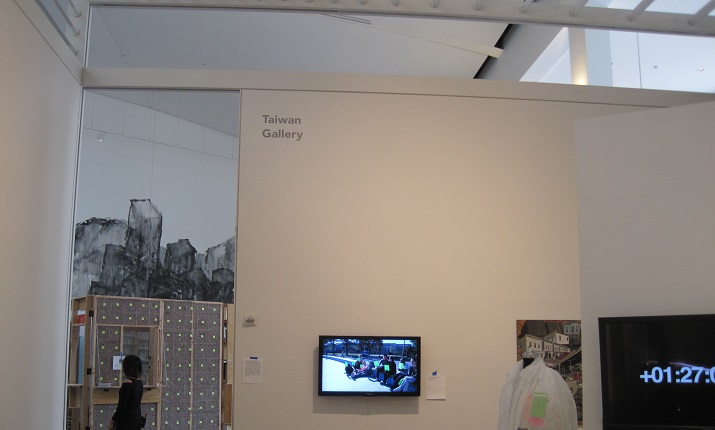 The Grand Re-Opening of the Queens Museum of Art on the weekend of November 9-10, and the 6th Queens International Biennial during the following week, will showcase numerous works by Taiwanese artists, including the exhibition “New York City Building Time Lapse 2009-2013: Photographs by Jeff Chien-Hsing Liao,” documenting the entire renovation of the Queens Museum. These events received support from Taiwan’s Ministry of Culture and involved the participation of Taiwanese curators.

The recent four-year, $73 million expansion of the Queens Museum of Art, now in its final stages, includes a special Taiwan Gallery whose construction was supported by $25,000 in donations from Chinese-Americans and from Taiwan’s Ministry of Foreign Affairs and Ministry of Culture. Its opening events, jointly funded by the Taipei Cultural Center in New York and the Ministry of Culture, coincide with the 6th Queens International Biennial, and will be curated by Hitomi Iwasaki, Director of Exhibitions at the Queens Museum of Art, and independent Taiwanese curator Meiya Cheng. This program itself is intended as a vehicle for artistic production, illuminating the broader context of cultural production and the forms of communication between institutions and local artistic groups. Along with paintings, sculptures, video art, performance art, creative movement, and other forms of contemporary art, the program will consist of various planned and free-form activities, including exhibitions and talks, in which local cultural and arts groups will be invited to participate.

This year’s Queens International Biennial will include works by 39 individual artists and groups from all across the world. Of these, ten are from Taiwan—almost one in four—representing an all-time record. There will be a showing of films by Chen Chieh-jen, Chien-Chi Chang, Jun Yang, Hsu Chia Wei, and Yu Cheng-Ta, revolving around themes of national border control, cultural cross-pollination, cultural identification, and the living conditions of immigrants.

In addition, the program will feature works by Taiwanese artists Liu Ho-Jang, Yu-Cheng Chou, Luo Jr-shin, and Fujui Wang. Liu Ho-Jang will transplant his long-term photography project, “Goods Exchange,” to Queens, taking photographs of street vendors and their wares that will then be exhibited as light box displays in the museum. Eventually, the vendors themselves will take away the photos of their goods, leaving only the vendors’ portraits. Luo Jr-shin will present one of his ready-made sculptures assembled out of everyday items, uniting the objects themselves and the manner in which humans are accustomed to use them, thus bringing out the poetry in practical, everyday objects. Yu-Cheng Chou will present “What’s on the Wall?”, an exhibition stall in which three New York galleries will take turns displaying works of postwar American art, an installation that both resonates with the history of museum, located on the site of the 1939 New York World’s Fair, and placing the contemporary art of the past in the context of the contemporary art of the present, inviting comparison and contrast. Wang Fujui’s site-specific sound performance work, combining the electromagnetic waves emitted by the Tokyo, Paris, and New York subways into static, will be played at the opening. In addition, Jeff Chien-Hsing Liao’s photo series documenting the renovation of the Museum from beginning to end will be on display.