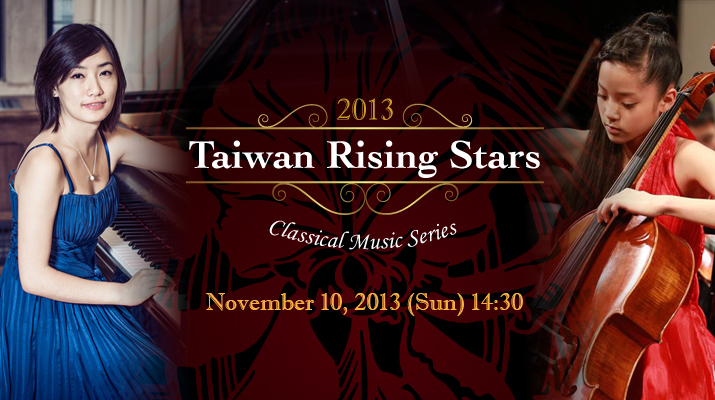 ※Thank you for interesting in this event. This event is now fully booked. Online RSVP is closed.

Lo-An Lin was born in Taipei, Taiwan. And she graduated from the Eastman School of Music with a Master of Music degree studying with Ms. Nelita True, and received her Bachelor of Music degree studying with Mr. Yoshikazu Nagai at the San Francisco Conservatory of Music as the recipient of the Janet Rose Piano Scholarship, where she was awarded the Young Artist Award and won their piano concerto competition as the only freshman pianist in the history. She is currently enrolled in the Artist Diploma program at the Yale School of Music as the recipient of the George W. Miles Scholarship studying with Mr. Hung-Kuan Chen.

Ms. Lin has appeared in recitals in Seoul National Arts Center in Korea, National Recital Hall in Taipei, Taiwan, and the Kennedy Center in Washington D.C. She was invited as the guest artist to perform a solo recital at the Kawai Keyboard Series at Queensland Conservatorium, Australia in 2008 and at the Chopin Society Annual Birthday Concert in San Francisco in 2013. In 2014 she will be performing with the San Antonio Symphony.

Nana Ou-Yang, born in 2000, was the youngest cellist ever to give a solo recital debut in National Concert Hall of Taiwan. With such success in music at this early age, Ms. Ou-Yang has been recognized by Taiwanese media as a learning model in classical music industry and a future rising star.

Ms. Ou-Yang’s other special achievements including holding a charity concert at her 10-year-old birthday and was recommended to attend Affiliated Junior High School of National Taiwan Normal University, where she studied cello with Ling-Yi Ouyang and piano with Hsuan Lo.

A native of Taiwan, Nana Ou-Yang came to the United States in August to attend Curtis Institute of Music in Philadelphia, where she studies with renowned cellists Peter Wiley and Carter Brey.

Daniel Hsu was accepted to the prestigious Curtis Institute of Music at age 10 studying with the world-renowned pianist Gary Graffman and legendary piano pedagogue Eleanor Sokoloff. Now, at age 16, he is pursing the Bachelor of Music in Piano Performance at Curtis.

In addition, Mr. Hsu has performed with many orchestras including Fremont Symphony Orchestra after winning the concerto competition as well as the Taghioff Prize; the Golden Gate Philharmonic Orchestra; and the Castro Valley Chamber Orchestra after winning the Mozart Festival Piano Concerto Competition. Today, his piano playing is broadcasted across the United States through channel WHYY.

A native of the San Francisco Bay Area, Mr. Hsu enjoys photography, film production, and programming in his spare time, as well as playing duo and triple piano music with his brother and sister, Andrew and Ashley Hsu, who are also both Curtis students.
Back
返回頂端
關閉選單
Keywords: 文化部
fb youtube mail