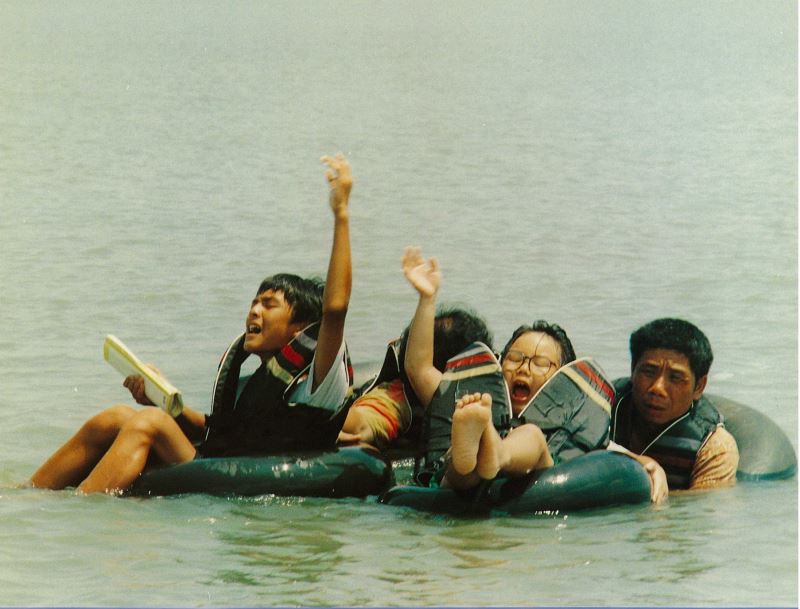 It is our pleasure to announce that Taiwan Academy of TECO in New York will launch its Film Thursday program with “Adventures of Summer Vacation: Memory of our Happy Childhood”film series, which includes one animation and 2 feature films focusing on depicting Taiwan society this summer. Family attendance is highly recommended.

The film TROPICAL FISH screening on October 24th will be the last film of the series. The 1994 film takes a satirical look at the educational system of Taiwan. Young boy, Ah-Jiang, a school failure and day dreamer witnesses the kidnapping of a child. After being taken hostage by a corrupt family, he begins an unusual adventure away from home.

This film “Tropical Fish” is an example of New Taiwanese Cinema, and won the award for Best Screenplay Originally Written for the Screen and Best Supporting Actress at Taiwan's 1995 Golden Horse Film Festival. By the way, the latest film of director Yu-Hsun CHEN, Zone Pro Site, is one of the biggest blockbusters of the year 2013, and has drawn rave reviews since it opened over a week ago — not just from critics, but also from the ticket-buying public.
Free admission. Please RSVP﻿ here.
6:30 pm, Thursday, October 24th
Taipei Economic & Cultural Office in New York
(1 East 42nd Street, New York, NY 10017)
B1 Screening Room

If you have trouble viewing or submitting this form, you can fill it out online:
https://docs.google.com/forms/d/1IH5GgFVX7Qc9Q2onzbz3L_g_fqro77seAYmeyy7kls0/viewform?edit_requested=true#
Back
返回頂端
關閉選單
Keywords: 文化部
fb youtube mail