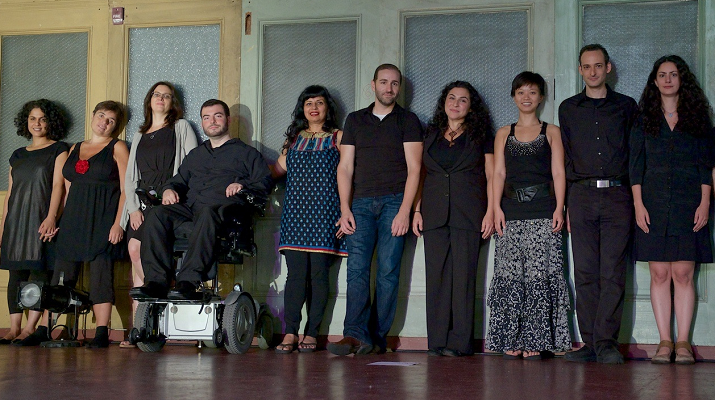 World Wide Lab proudly presents “A DIRECTORS’ FEAST.” Twelve members of the 2010 Lincoln Center Theater Directors Lab who have continued to collaborate with one another these past three years have conceived two separate anthology programs exploring moments in the life of a woman as well as a study of community.

The inner and outer life of a woman is explored. This presentation examines the rites and rituals involved when people come together and things fall apart. Included are segments based on or inspired by:

A theatrical study of community and the individual’s place within it. This presentation explores how small moments create the tapestry of our lives. Included are segments created/devised from:

World Wide Lab is a truly international collective, with members who are creating dynamic, diverse and engaging work in every corner of the globe. First coming together as members of the Lincoln Center Theater Directors’ Lab in the summer of 2010, WWL desired to continue collaborating with each other in a way that would draw on the best elements of their Lab experience. Their mission is to share stories from far and near with audiences all around the world.

Laura Tesman is a participant in the Global Connections–IN the LAB program, funded by The Andrew W. Mellon Foundation and administered by Theatre Communications Group, the national organization for the professional not-for-profit American theatre.

“A DIRECTOR’S FEAST” is co-produced by World Wide Lab and Irondale Center.

WWL is supported in part by: Ministry of Culture R.O.C. (Taiwan), Taipei Cultural Center in New York, Taiwan Academy, Israeli Consul of Cultural Affairs, Stavros Niarchos Foundation, Canada Consul for the Arts and in collaboration with the Italian Cultural Institute in NY.