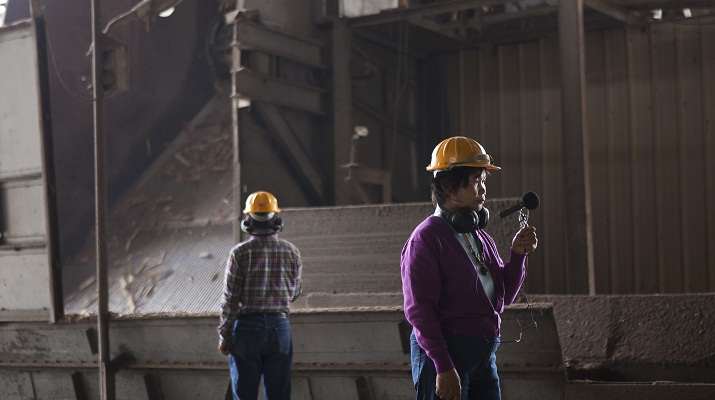 The Museum of Modern Art presents Soundings: A Contemporary Score, the first group exhibition at MoMA to single out sound as a form of artistic expression, and one of the first of its kind in New York. The exhibition is on view from August 10 to November 3, 2013, in the third-floor Special Exhibitions Gallery and other locations around the Museum.

At a time when the experience of sound is increasingly private—delivered through earbuds and headphones—Soundings is a communal exploration of how and what we hear, and what we might make of it. Sound art, still a relatively undefined territory, satisfies artists’ urge to pioneer new forms. They inventively link sound both to the other human senses and to a variety of rich metaphysical and philosophical projects, and their works run the gamut from immersive tuned environments to sound-emitting objects to conceptual schematics on paper. The works include architectural interventions, visualizations of otherwise inaudible sound, an exploration of how sound ricochets within a gallery, and a range of field recordings of everything from bats to abandoned buildings in Chernobyl to 59 bells in New York City to a factory in Taiwan.

For Music while We Work (2011), Hong-Kai Wang (Taiwanese, b. 1971) assembled a group of retired workers from a Taiwanese sugar refinery. She and her collaborator, Chen Bo-We, led a series of recording workshops for the retirees and their spouses. They then returned to the factory, where Wang asked them to “paint a world composed by their listening.” The video installation is a document both of their collective learning process and of the resulting compositions.