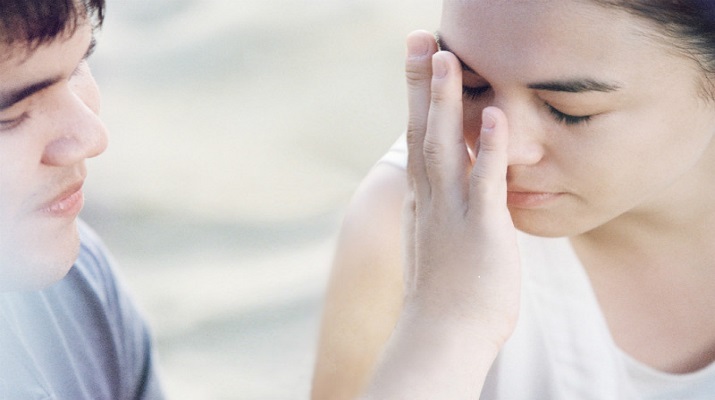 Taipei Cultural Center of TECO in New York is pleased to announce its collaboration with Asian CineVision for a special showcase, titled TAIWAN CINEMA DAYS, of Taiwanese films across the spectrum of genres and generations at the 36th Asian American International Film Festival.

The TAIWAN CINEMA DAYS program includes: TOUCH OF THE LIGHT (with HUANG Yu-siang, Sandrine PINNA), directed by CHANG Jung-chi, produced and presented by the legendary Jettone company of WONG Kar-wai, selected as Taiwan’s candidate for the Academy Awards competition for Best Foreign Language Film in 2012; TOGETHER (with LEE Lieh, Kenny Bee, Sonia SUI, MA Chi-siang), directed by Rox Chao-jen HSU, a critically-acclaimed narrative debut with an extraordinary ensemble performance of different generations of Taiwanese actors; GO GRANDRIDERS, by HUA Tien-hau, the highest-grossing documentary of Taiwan in 2012; GOOD MORNING, TAIPEI, a 1979 mandarin Healthy Realism classic by seven-time Golden Horse Winner LEE Hsing; and TAIWAN CINEMA DAYS, a collection of short films made about Taiwan or produced by Taiwanese talents, reflecting a variety of genres, styles and legacies.

The modern Taipei witnesses the reluctant parting of a Singaporean soldier; a boy framed for theft squats in a pineapple patch in the South; an aboriginal man ruminates on the tribe’s present severed from their tradition. The three cherry picked short films, interspersed with two refreshing animations, comprehensively present the various city- and landscapes of Taiwan, and briskly depart from the rich legacies of the Taiwanese masters like HOU and YANG.

Director YANG Yiu-chen and director of photography Clarissa de los Reyes for HOW I LEARNED TO TELL A LIE will attend the screening and Q&A.

Xiao Yang patiently observes and quietly serves as a messenger for the love affairs in her neighborhood (the title references a play on words: to-get-her). Reminiscent of the urban tale with an ensemble cast like A ONE AND A TWO, this film patiently unfolds romantic stories on a street in contemporary Taipei, with a refreshingly original voice. TOGETHER presents brilliant performances from the great actors of different generations, such as LEE Lieh, Kenny Bee, Sonia SUI, HUANG Shao-yang, and MA Chih-hsiang, to weave together this romantic film.

Well, why not a motorcycle club for senior citizens? With an average age of 81, a group of 17 Taiwanese retirees leave behind their grandchildren and take along their aches and pains to embark on an unbelievable adventure: a thirteen-day motorcycle tour around the island of Taiwan. These Grandriders defied everyone’s expectations with their epic motorcycle trip of 2007. A joyous mélange of personal, uplifting and awe-inspiring stories, the film makes us reconsider what it means to be old and very much alive.

Director HUA Tien-hau will attend the screening and Q&A.

YEH Tein-lin (Kenny Bee), a college dropout and a loose singer seems never to take his life seriously. But he gradually changes as he finds more about the life of his orphan friend’s girlfriend SU Chi (Joan LIN), a radio station broadcaster. The 1979 mandarin classic, directed by LEE Hsing, the master of “healthy realism” in the 60s and 70s, boasts some of the most popular mandarin pop and folk songs. Capitalizing on the pop culture and melodrama, HOU Hsiao-hsien’s screenplay nevertheless adopts a loose story line and heralds a transition to what is considered later the first New Wave in Taiwanese Cinema. Some elements have transformed; others have evolved and been absorbed by the following generations, resonating even today with the contemporary Taiwanese titles in this year’s lineup. The screening is made possible by the support of Richard Suchenski (Center for Moving Image Arts, Bard College). Print courtesy of the Center for Moving Image Arts, Bard College.

TOUCH OF THE LIGHT

Based on the life story of HUANG Yu-Siang, who stars as himself, TOUCH OF THE LIGHT tells HUANG’s story as a blind piano prodigy from rural Taiwan and his relationship with Xiao Jie (Sandrine PINNA), a young woman who dreams of becoming a dancer despite enormous challenges. Critically acclaimed and warmly received worldwide, TOUCH OF THE LIGHT is blessed with the most striking performance by HUANG Yu-Siang as it celebrates triumphs of those who dare to dream. Print Courtesy of Taipei Economic and Cultural Representative Office in the U.S.