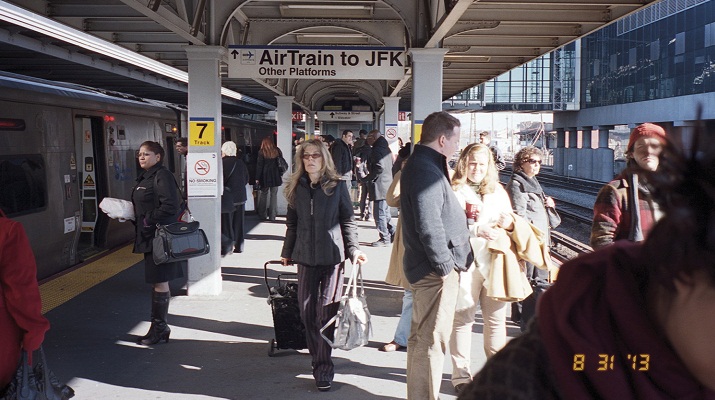 Taiwanese artist I-Hsuen Chen's first major exhibition, I am Leaving this City is presented by hpgrp GALLERY NEW YORK, and sponsored by Ministry of Culture, R.O.C. (Taiwan). Working with curator Takayuki Fujii, it takes the form of a rich sampling of several bodies of recent photographic work, manifesting Chen's experience of omnipresent middleness between time and place.

"CHEN, under the spell of the classic road-trip photographers Robert Frank, Stephen Shore, and Joel Sternfeld, idylls through Taiwan, but instead of finding the drama of Frank’s diverse demographics, or the wonder of Sternfeld’s American anecdotes, he discovers a society in a state of suspension. Time seems to have stopped for this island culture, and Chen focuses on the inadvertent poise of routine and the everyday." -Allen Frame, "Notes on PAUSE, an exhibition at Foley Gallery," 2013

In his first major body of work, Nowhere in Taiwan, Chen hit the road like in a road movie, and documented the isolated state of mind in his own homeland. Most of the images, taken in the undefined areas between the urban and the rural, “nowhere” as he call them, are a series of symbols and traces of human and their activities, which also revived the “collective memory” in him as a Taiwanese. At the same time, Chen was also able to see a mirrored image of himself from the perspective of “the other.” This series is recently featured by the Photograph Magazine May/June 2013 issue with text written by curator Elisabeth Biondi.

"Geographically he takes us on a road trip to Taiwan, but these are not traditional travel photographs ― far from it. The pictures seem casual, randomly taken, and almost incidental, yet emotionally these images are precise, as precise as a state of emotional ambivalence can be. They accurately reflect his state of mind ― a sense of hovering between places, Taiwan and New York." -Elisabeth Biondi, "A Surreal Road Trip," Photograph Magazine May/June 2013

Chen used his personal intimate memories accumulated in the two years he'd spent in the States to make the artist book, In Between. Every image’s “studium” has been intentionally positioned in the book gutter, making any faces or facial impressions invisible. The reader is then only able to peek at the abstract figures or ambiguous narrative elements instead of particular people or things; for the audience, as a result of not being able to see, was able to keep the true memories in literally the middle of the book―the deepest spot in his memory.

The exhibition will also present his recent ongoing projects. Still Life Taiwan series, which Chen has searched for, photographed and documented still life on site in Taiwan. He hoped to observe and reveal the sculpture shaped by the society and its culture of Taiwan in the form of found objects; Past in the Future, the most recent project that he added future dates on his snap shot photographs from the past. Like studying history, from the past photographs, Chen tries to figure out his life patterns to foresee the future―his life after leaving from New York.