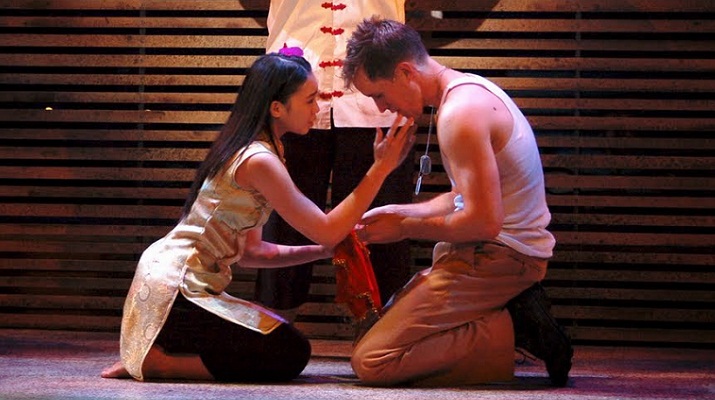 Hsin-Yu Liao is originally from Kaohsiung, Taiwan. After graduating from Tsoying Senior High School Dance Department, she came over to the USA to continue her education and received a BFA in Dance from SUNY Purchase College. In 2007, she joined the Asian Tour of the Broadway musical “The King and I” as one of the featured dancers Little Eva. That was how she officially started pursuing her career in musical theater besides dance. Recently, she performed on the National Tour of another Broadway musical “South Pacific” playing the principal role Liat. She is now reprising the same role at the John W. Engeman Theater’s production of South Pacific in Long Island, New York.

Considered to be one of the greatest musicals composed by Rodgers and Hammerstein, South Pacific weaves together characters and elements from several stories into a single plotline.  It centers on two love stories: the story of Nellie Forbush, a young naive nurse from Arkansas, and Emile deBecque, an older Frenchman who has had a life full of varied experiences and the story of Lt. Joe Cable from Philadelphia and the young and beautiful Liat, a Tonkenese girl with whom he falls in love.   This  powerful story, with themes of prejudice, war, death and love features classic songs like "Bali Ha'i", "I'm Gonna Wash That Man Right Outta My Hair", "Some Enchanted Evening", "Happy Talk", "Younger than Springtime" and "I'm in Love with a Wonderful Guy".