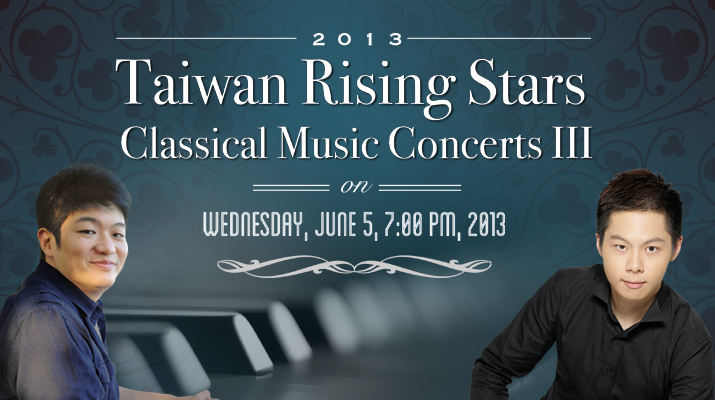 Hailed by the NY Times as a pianist with "a graceful touch... rhythmic precision.... (and) hypnotic charm,” Han Chen is a distinctive artist whose credentials at a young age already include important prizes in competitions of traditional music as well as increasing respect in the avant-garde.

As an advocator of modern music, Mr. Chen actively performs music from both 20th-century classics and emerging newcomers. In the 2011-2012 season, he played Pierre Boulez’s Sur Incises in AXIOM, and John Cage’s Sonatas and Interludes in FOCUS! Festival. In the 2012-2013 season, he gave a recital dedicated to John Cage playing all the Sonatas and Interludes, continued to perform with AXIOM (program included Charles Wuorinen’s Cyclops 2000 and the aforementioned Adams). Also, he collaborated with Aspen Santa Fe Ballet in Aspen, Dallas and Kansas playing Philip Glass’ solo piano pieces.

A native of Taiwan, Mr. Chen graduated from the Middle School of Shanghai Conservatory. Mr. Chen is now a junior at The Juilliard School with Professor Yoheved Kaplinsky. He also studies composition with Professor Philip Lasser.  For more information, please visit: hanchenpiano.com.

Born in Taipei, Taiwan, Dr. Tu came to the United States at the age of 14, after winning Taiwan’s National Youth Piano Competition. Under the tutelage of Hung-Kuan Chen, Dr. Tu studied at the Walnut Hill School, Boston University and the University of Calgary. He then continued his study at the Juilliard School, where he earned a Master of Music degree and the Doctoral of Musical Arts degree, both in piano performance, studying with Jerome Lowenthal.

As an active performer in New York City, Dr. Tu has regularly collaborated with students and faculty members of virtually all major music schools in the city. Highlights from the past few seasons: chamber music concerts at the Museum of Modern Arts, the Loewe Theatre at New York University, where Dr. Tu serves as an adjunct faculty, and providing live music in a series of sold-out performances by the renowned modern dance company Rioult at the Joyce Theater.