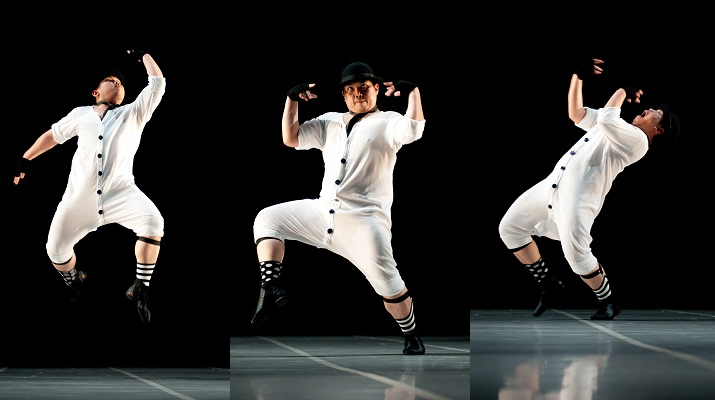 This June, for the first time in four years, Ballet Tech will return to the Joyce Theater for a six-performance run that will feature Taiwanese dancers Wu-Kang Chen and Wei-Chia Su. During the Opening Night Gala on June 13, an evening to celebrate and support the tuition-free Ballet Tech School, Mr. Chen will perform the premiere of “is.” This solo choreographed for him by Eliot Feld will have live piano by Peter Longiaru. Mr. Su will premiere the second act of “Zeppo,” which was created for him in 2010. A tribute to one of the lesser known Marx brothers, this dance is set to music by Louis Armstrong. The gala performance will also include two other solos performed by Kaitlyn Gilliland and Tiler Peck (appearing courtesy of New York City Ballet) and dancing by the kids of the Ballet Tech School.

Following the Opening Night Gala, the line-up of dances to be performed on June 14-16 will feature the students of the Ballet Tech School, with one exception. Mr. Su will dance the first act of “Zeppo.” This playful ballet is set to music by Les Paul and Mary Ford and was created especially for Mr. Su by Mr. Feld in 2010. Mr. Su performed the first act of “Zeppo” in Taiwan in March 2010 but the June performances will mark the first time this dance will be presented publicly in the United States.

WU-KANG CHEN was born in Kaohsiung, Taiwan and started dancing at the age of 12. When he was 16, he was offered a place at the National Taiwan College of Arts and in 1999 won the Gold Medal at Taiwan's Council of Cultural Affairs "Creative Dance Competition." After graduating, he received an award from Taiwan's National Culture and Arts Foundation to study in New York. Mr. Chen joined Eliot Feld's Ballet Tech Company in 2001 where he became a soloist the following year. In 2005, he co-founded HORSE and created Who & Memories for the company. In 2007, he choreographed and performed in Velocity, which was awarded the Taishin Arts Award for 2007, and was invited to the Joyce Theater in New York the following year. HORSE has toured to Guangzhou, Shanghai, Singapore and Dusseldorf. Mr. Chen continues to perform with Eliot Feld's MANDANCE PROJECT in New York as well as serving as artistic director for HORSE in Taiwan.

WEI-CHIA SU graduated from National Taiwan University of Arts. He co-founded Horse Dance Theatre in 2005, and has created numerous works for that company including: Stairs, Velocity, Bones, Growing Up, I, Successor and Two Men. In addition to working with Horse Dance Theatre, Wei-Chia has performed with Taipei Ballet, Kaohsiung City Ballet and the Taipei-based Century Contemporary Dance Company. He has twice been invited to choreograph at Taiwan's Asian Young Choreographers Project. In 2009, Wei-Chia was invited to New York, to perform with Ballet Tech in a new ballet by Eliot Feld called The Spaghetti Ballet. Mr. Feld has also choreographed two solos for Wei-Chia.

ELIOT FELD was born in Brooklyn, New York and studied at the School of American Ballet, New Dance Group, High School of Performing Arts, and with Richard Thomas. At age eleven he danced with the New York City Ballet as "Child Prince" in Balanchine's original production of The Nutcracker and in Phoenix Theatre's musical Sandhog; with the companies of Donald McKayle, Pearl Lang, Sophie Maslow and Mary Anthony. At sixteen he joined the Broadway cast of West Side Story and appeared as Baby John in the movie version; on Broadway in I Can Get It for You Wholesale and Fiddler on the Roof; with American Ballet Theatre, American Ballet Company and Feld Ballets/NY. Mr Feld has choreographed 145 ballets since 1967, creating ballets for American Ballet Theatre, American Ballet Company, Royal Danish Ballet, Joffrey Ballet, John Curry Skating Company, The Juilliard School, The National Ballet of Canada, Royal Swedish Ballet, Royal Winnipeg Ballet, London Festival Ballet, Boston Ballet, San Francisco Ballet, Atlanta Ballet, Richmond Ballet, New York City Opera, New York City Ballet, The New Ballet School (now known as the Ballet Tech School) and Ballet Tech, among others.

BALLET TECH comprises a professional dance company and a tuition-free ballet school. In 1974, already established as an artistic force, Eliot Feld founded the company as an outlet for his inventive choreography. For 30 years, the company presented biannual performance seasons in New York and toured extensively domestically and abroad. Although the full-time company disbanded in 2003, Mr. Feld continues to create new ballets and Ballet Tech presents public performances at the Joyce Theater every 12 to 36 months. Occasionally, Mr. Feld also sets his work on and choreographs for other institutions, including most recently New York City Ballet, the National Ballet of Canada, Minnesota Dance Theater, Taipei-based HORSE, and The Juilliard School.

In 1977, while sharing a #7 train with a group of animated elementary school children on a field trip, Mr. Feld realized that there was a vast and untapped resource to populate his company: the New York City public school system. While limited exposure to dance and prohibitive costs of training prevent many children from even imagining careers as dancers, Mr. Feld determined to find those most suited to the art form and provide them with tuition-free training. In 1978, the Ballet Tech School opened with 138 students taking a 17-week beginner class. Since then the school has grown exponentially. In 1996, Ballet Tech entered an unprecedented partnership with the Department of Education to launch the New York City Public School for Dance. By adding academic classrooms to its space at 890 Broadway, Ballet Tech made it possible for students to study dance as part of the regular school day. Over the past 34 years, the Ballet Tech School has auditioned 744,201 and enrolled 18,922 students.