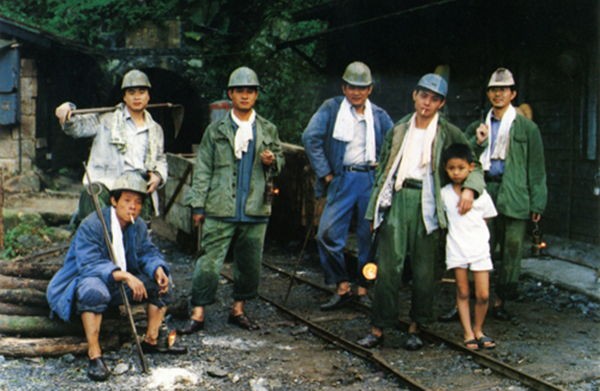 A rarely-shown classic of Taiwan New Wave Cinema by director WU Nien-jen, “A Borrowed Life,” is chosen by the acclaimed Film Comment editors for the magazine’s select series in the Film Society of Lincoln Center. The film will screen at 2:00pm Sunday, February 24.

“A deeply felt, epic father-and-son drama chronicling the tumultuous life and times of a provincial mining-town family in the 1950s, A Borrowed Life is one of New Taiwanese Cinema’s masterpieces, and listed among Martin Scorsese’s 10 favorite films of the Nineties, yet has nevertheless remained largely unseen. Actor and novelist-turned-writer-director Wu’s 1994 film presents a dual portrait of coal miner Sega, a failed patriarch doomed to stand on the sidelines of his own life, and Wen Jian, his young son who bears witness from his own painful remove. It’s one of Taiwanese cinema’s most clear-eyed explorations of family dynamics—a distinction it shares with Edward Yang’s Yi Yi, which introduced Wu to Western audiences in the role of yet another discontented father figure. Few films have so vividly re-created the sensation of having known another human being for one’s entire life, while simultaneously evoking the suspicion that all along one has loved a stranger,” says the Film Comment about this classic.

Tickets will be on sale both at the box office and on www.FilmLinc.com to members. ($13 for General Public, $9 for Student/Senior and $8 for Film Society Members) http://www.filmlinc.com/films/on-sale/a-borrowed-life
Back
返回頂端
關閉選單
Keywords: 文化部
fb youtube mail