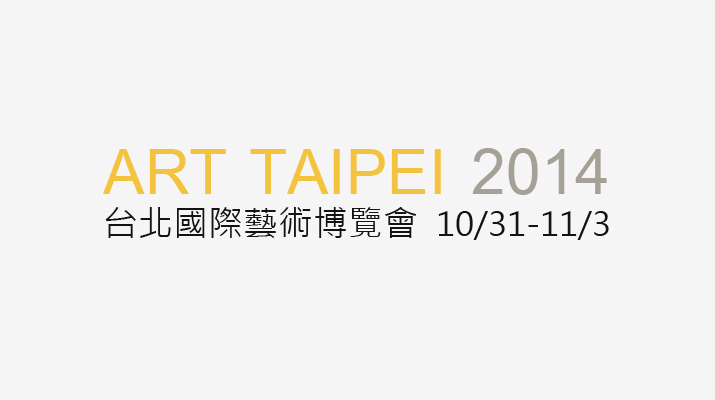 Art Taipei, formerly known as Taipei Art Fair International, is the longest-standing art fair in Asia, which has been organized by Taiwan Art Gallery Association since 1992. Following the success of past twenty years, Art Taipei 2014, the grand event will be held from the 31st of October to the 3rd of November at Exhibition Hall 1 of the Taipei World Trade Center, featuring 145 galleries, about half of which are from overseas. The 76 foreign galleries are from 15 countries/regions, including Japan, Hong Kong, China, Philippines, Singapore, Israel, Germany, U.K. and U.S. New comers to the fair contain many foreign exhibitors, including Ota Fine Arts from Japan with Yayoi Kusama as the main artist, 313 Art Project which emerged rapidly in Korea in 2010, Beijing Art Now Gallery that represents several major Chinese contemporary artists and Yavuz Gallery, a famous gallery from Singapore specializing in contemporary art, etc.

In this fair, classics that draw great attention include abstract paintings by Zao Wou-ki, renowned Chinese artist who lived in France, and Strip 926 by Gerhard Richter who has the reputation of pioneer of German contemporary art. In addition, the fair will feature works by masters who greatly influenced modern art history such as Picasso, Dali, Chagall, Sanyu or Ai Wei-wei and Liu Kuo-sung.