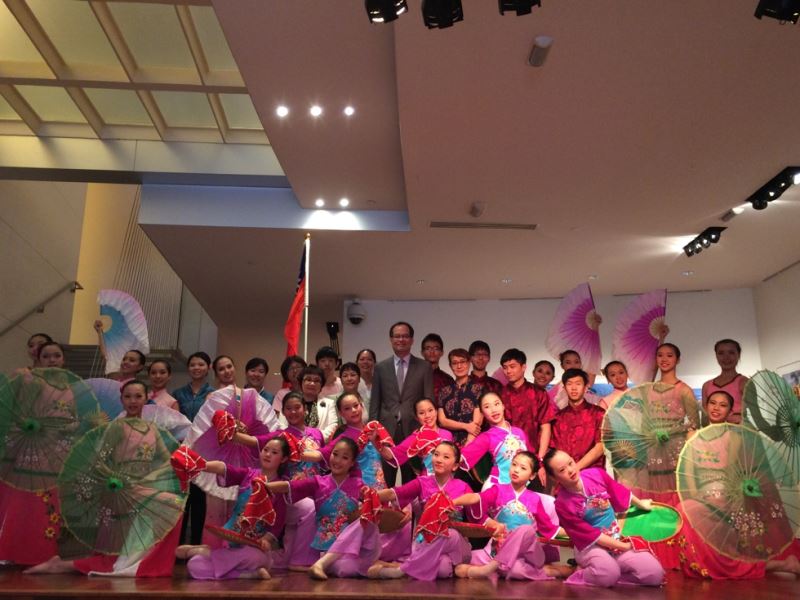 The Chinese Arts Dancing Ensemble will perform in “Summer Performing Arts” at Steppingstone Waterside Theatre on August 3rd, and on August 7th in “Lincoln Center Out Of Doors - From Chinatown with Love” at Damrosch Park Bandshell.

Coming from Taiwan, the Chinese Arts Dancing Ensemble just finished performances at the North Carolina International Folk Festival, in Folkmoot, USA. The ensemble was founded in 1995, and since then has represented Taiwan numerous times in many different countries’ international folklore festivals. Their goal is to bring forth the essence of Chinese culture by cultivating the beauty of movement and to promote the development of dancing as an art form.

After participating in the North Carolina International Folk Festival, the Asian American Cultural Circle of Unity (AACCU) has invited the Chinese Arts Dancing Ensemble to New York for a cultural exchange and to exhibit the traditional music and dance of Taiwan. And with the help of the Chinese-American Arts Council, the ensemble is going to perform at Lincoln Center. The information is as follows: