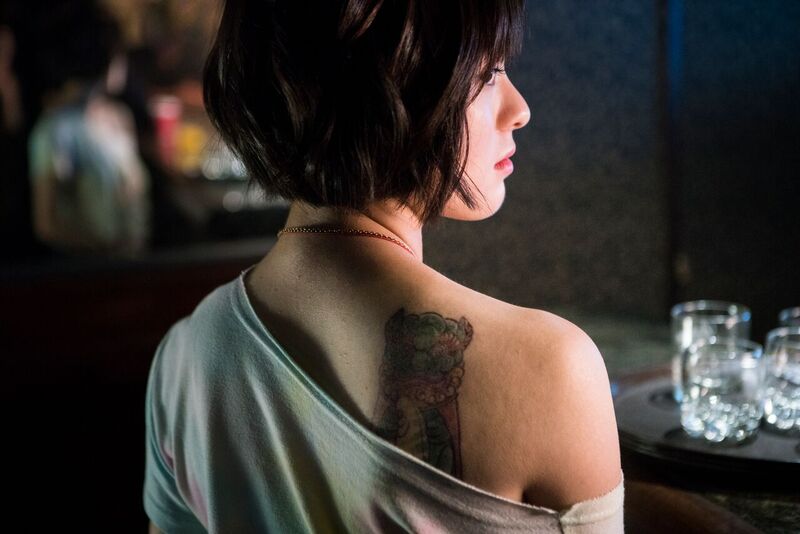 The New York Asian Film Festival returns for its 16th annual edition with Taiwan Cinema section, showcasing 5 award-winning and hotly anticipated Taiwanese films of the year, including the latest from Giddens Ko (Mon...Mon...Monsters), Chung Mong-hong(Godspeed) , Midi Z (The road to Mandalay), Chen Yu-hsun (The Village of No Return) and the rising talent Chen Mei-juin (The Gangster’s Daughter)—plus the LGBTQ-themed classic film, Eternal Summer by Cheste Chen.

Starring Jack Kao(Daughter of the Nile), Chen Mei-juin’s The Gangster’s Daughter is selected as one of the 7 works from Hong Kong, Japan, South Korea, Philippines, Vietnam, Thailand for the Main Competition, the new section featuring diverse works by first or second-time directors that are all having their North American premieres at the festival. The director Chen Mei-juin will attend the premiere screening in person on July 1.

Giddens Ko’s (You Are The Apple Of My Eye) latest film, Mon Mon Mon Monsters tells a story of a gifted student who reluctantly joins a rancorous gang of three for a community care assignment, which ends up with a surprise catch of a man-eating little monster. This black comedy will also have its North American premiere on July 2 before it’s going to open in theatres in Taiwan at the end of this July.

This year’s Taiwan Cinema section expands the horizons of the island’s genre cinema with Golden Horse Awards winning road movie (Godspeed) by Chung Mong-hong, and the box office hit comedy by Chen Yu-hsun (The Village of No Return). This section also highlights the Midi Z’s The road to Mandalay, which wins FEDEORA Award for Best Film in Venice Days 2016 and tells a tragic love story of two illegal immigrants from Myanmar struggling to survive in the bustling cities of Thailand.

The Taiwan Cinema section celebrating NYAFF2017 is presented with the support of the Ministry of Culture, Taiwan (R.O.C.) and Taipei Cultural Center of TECO in New York. For ticket purchase and more information, please visit https://www.filmlinc.org/festivals/new-york-asian-film-festival/#films

Screening Schedule:
The Gangster’s Daughter
Dir. Chen Mei-juin
Sat, July 1, 5:00 p.m. at Walter Reade Theater (165 West 65th Street)
2017 | Taiwan | 104min
North American Premiere • Director Chen Mei-juin in attendance!
After getting into trouble with a local bully, teenage Shaowu is sent to Taipei to live with her estranged gangster father, Keiko. He quickly takes to being a father and sets out go straight, but soon he is dragged back into the criminal world by corruption and a quest for vengeance that will decide both of their fates.

The Village of No Return
Dir. Chen Yu-hsun
Sun, July 2, 2:45 p.m. at Walter Reade Theater (165 West 65th Street)
2017 | Taiwan | 116min
The relative peace of Desire Village, fraught with domestic squabble, is about to be disturbed by greed in various guises: a group of bandits prepares to besiege the time-forsaken hamlet and a Taoist priest (Wang Qianyuan) shows up with a mysterious device, the “Worry Ridder,” a helmet that can remove memories from people’s minds.

Mon Mon Mon Monsters
Dir. Giddens Ko
Sun, July 2, 7:30 p.m. at Walter Reade Theater (165 West 65th Street)
2017 | Taiwan | 112min
North American Premiere
A group of alpha-bullies kidnap their very own ghoul-like monster, keeping her alive with a steady stream of vein-fresh blood, only to get buyer's remorse. Things get gorier from there. The real monsters are the humans in Giddens's cruel and subversive follow-up to You Are the Apple of My Eye.

The Road to Mandalay
Dir. Midi Z
Mon, July 3, 4:45 p.m. at Walter Reade Theater (165 West 65th Street)
2016 | Taiwan, Myanmar, France, Germany | 108min
An exquisite yet heart-wrenching portrait of vulnerable and marginalized characters at odds with their surroundings and even each other as they strive to make it at any cost. It starts when a romance develops between a couple on the small truck that smuggles them over the Burmese border into Thailand.

Godspeed
Dir. Chung Mong-hong
Sun, July 16, 1:00 p.m. at SVA Theater (333 West 23rd Street)
2016 | Taiwan | 111min
A sadsack would-be criminal pairs up with an eccentric over-the-hill cabbie for the cross-country delivery of a mysterious package to southern gangsters in this dark and irreverently comedic take on the road movie. Featuring Mr. Boo himself Michael Hui in a wonderfully wry star turn.