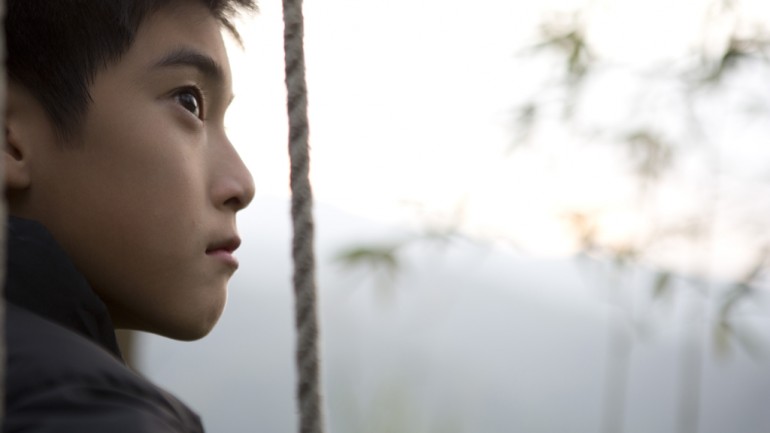 This year’s Asian American International Film Festival highlights several Taiwanese films focused on rural experiences and grassroots activism in Taiwan, in response to urbanization and globalization. This timely theme consists of the following films: THE RICE BOMBER, 100 DAYS, A TIME IN QUCHI, and short film A BREATH FROM THE BOTTOM, featured in MEMORIES FROM THE STRIKE. In addition, Tainan-based stop-motion animation artist Hui-ching Tseng will lead two stop-motion workshops with local youth. The program is sponsored by Taipei Cultural Center of Taipei Economic and Cultural Office in New York.

Based on an actual social event, THE RICE BOMBER depicts a series of bombing incidents in Taiwan as the country entered the World Trade Organization (WTO) in the early 2000s. To battle the encumbrance of an unfamiliar globalized food supply, farmer Yang Rumen transforms into an advocate for local farmers. The film is an official selection for Berlinale 2014. Director Cho Li and Producer Yeh Jufeng will be in attendance.

Written by Taiwanese-American screenwriter Weiko Lin and produced solely in Taiwan, 100 DAYS successfully integrates local Taiwanese flavors despite its blockbuster finesse. The heartfelt romantic comedy follows a cold-hearted telecommunications executive named Bo Dan to return to his hometown on the Matsu Islands for his estranged mother’s burial. Award-winning director Henry Chan and screenwriter Weiko Lin will be in attendance at AAIFF’14.

Award-winning filmmaker Chang Tso-chi’s A TIME IN QUCHI is a light, upbeat coming-of-age story revolving around a young boy named Bao, who is sent away for the summer to his grandfather’s residence in Quchi, a rural village outside Taipei. Away from the familiar high-tech gadgets, city boy Bao begins to see his grandpa’s idyllic life in Quchi with a fresh eye and finds creative means to engage in his surroundings.

In A BREATH FROM THE BOTTOM, viewers witness a conflict between a bitter activist peasant father and his son who is an ambitious police officer. The award-winning black-and-white short film is a dramatic yet realistic portrayal of grassroots activism in Taiwan.

Screening Info:
THE RICE BOMBER
Dir. CHO Li | Taiwan | 2014 | 117 min | Mandarin, Taiwanese with English subtitles | North American Premiere Jul 26 7:30pm City Cinema Village East
2:00 p.m. Jul 27, Made in NY Media Center
Based on true events and characters, THE RICE BOMBER chronicles a series of bombing incidents in Taiwan that occurred a decade ago. As he witnesses the impact of Taiwan’s membership into the World Trade Organization on its agricultural population, Yang Rumen (Ru) plants 17 rice bombs in North Taiwan to raise the government’s awareness of the farmer’s struggles. Written and directed by Cho Li, THE RICE BOMBER follows the journey of Ru as he becomes a local hero, fighting to save his native land. A 2014 Berlinale selection, this austere story is charged with an emotional heft delivered in Cho Yong-kyo’s breathtaking cinematography and scored by Iranian composer, Peyman Yazdanian.

A TIME IN QUCHI
Dir. CHANG Tso-chi | Taiwan | 2013 | 109 min | Mandarin and Taiwanese with English subtitles | East Coast Premiere
8:30 p.m. Jul 28, City Cinema Village East
Directed by award-winning writer-director Chang Tso-chi, A TIME IN QUCHI follows a boy’s coming of age during his summer vacation in rural Quchi. Away from the familiar high-tech gadgets, Bao begins to see his grandpa’s idyllic life with a fresh eye and finds creative means to engage in his surroundings. With poetic visuals and sporadic touches of humor, the film deals with deeper themes such as loss, separation and secrecy. Nominated for the Golden Leopard Award at the 2013 Festival del film Locarno, A TIME IN QUCHI evokes fond memories of Hou Hsiao-hsien’s classic A SUMMER AT GRANDPA’S (1984).

100 DAYS
Dir. Henry Chan| 2013 | Taiwan | 104 min | Mandarin and Taiwanese with English subtitles | East Coast Premiere
5:00 p.m. Aug 1, City Cinema Village East
Bo Dan, a cold-hearted telecom executive returns to the Matsu Islands for his mother’s burial and is given an ultimatum: get married in 100 days in order for his mother’s spirit to depart peacefully. Stranded in his long estranged hometown by a typhoon, Bo is forced to rethink his calloused corporate life and face the rekindled passion for his now-engaged childhood sweetheart. The debut feature by Emmy-winning TV director Henry Chan, 100 DAYS successfully integrates local Taiwanese flavors and deeply felt homecoming revelations to its rom-com finesse.

A BREATH FROM THE BOTTOM as part of MEMORIES OF THE STRIKE
Dir. CHAN Chin-ling | Taiwan | 2013 | 42 min | Mandarin, Taiwanese with English subtitles
3:00 p.m. Aug 2, City Cinema Village East.
A BREATH FROM THE BOTTOM is a dramatic and realistic story that centers on the father-son confrontation against a political backdrop that you don’t usually see in Taiwanese dramas. The father is among the peasant protesters to storm the capitol; the son is an ambitious cop to keep control. Dynamically shot in a black-and-white, journalistic style, the film smartly ties together a series of social movements in Taiwan over the past decade. Directed by the upcoming filmmaker and scriptwriter Chan Ching-lin, A BREATH FROM THE BOTTOM won the Best Director Award at the 2013 Taipei Film Festival.