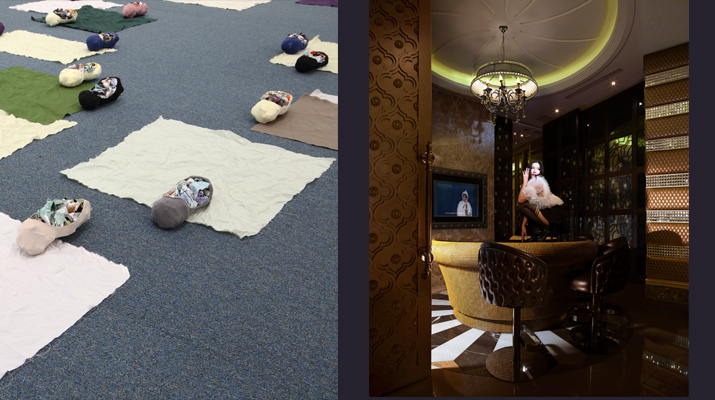 The Ministry of Culture, Taipei Cultural Center of TECO in New York is glad to announce that Taiwanese artist, Isa Ho and Sung-Chih CHEN
will participate spring Open Studios of ISCP from April 24 - 25th, 2015. It will hold a private VIP hour to launch Open Studios on Friday, April 23rd, from 6 to 9pm. ISCP is one of artists-in-residency programs that are sponsored by the Ministry of Culture of Taiwan, R.O.C. regularly to create a cultural exchange opportunities for Taiwanese artists and curators.

Artist, Isa Ho
Isa Ho is a Taiwanese artist who creates simulated reality through contemporary photography. It is through these methods that she works to address her social concerns and fulfill her personal responsibility to society. Museums that have collected her work include the National Taiwan Museum of Fine Arts, Taipei National University of the Arts, Hong-Gah Museum, Kaosiung Museum of Fine Arts, and the White Rabbit Gallery in Sydney, Australia. Her awards and recognitions include the 2012 ACC grantees (Residency program at the International Studio and Curatorial Program in New York), 2012 Prix Pictet Nomination, 2012 Asia Pioneer Photographer Nomination, 2011 Kaohsiung Art Award, and 2009-2010 Residency Paris (Cité International des Arts).

My Peony Pavilion is the new series of works. It addresses that a new Asian woman has risen along with the wave of K-pop. K-pop has taken the world by storm including Europe and the United States while having an unprecedented impact on young people of Taiwan. However, Korean popular culture has reached further than just the young, as seen with fans of Korean dramas and movies that span across different age groups. The rise of the Korean Wave is in part due to support and efforts exerted by the South Korean government, but the artist believes the shift in Asian women’s self-awareness also plays a critical role.

Another Place Series – Sailing is the mixed media installation consisting of cotton socks, printing paper, rags and carpets. The extremely flexible cotton socks are used to cover wrinkled printing paper. These twisted and distorted components create invisible expansion in limited space. The deformed components are scattered on the boundaries between all colors of rags and floor to form the logic of dislocation and create a poetic script full of contradictions. This work offers the imagination about many boats sailing on the vagaries of humanity sea, as well as the reflection on final destination.