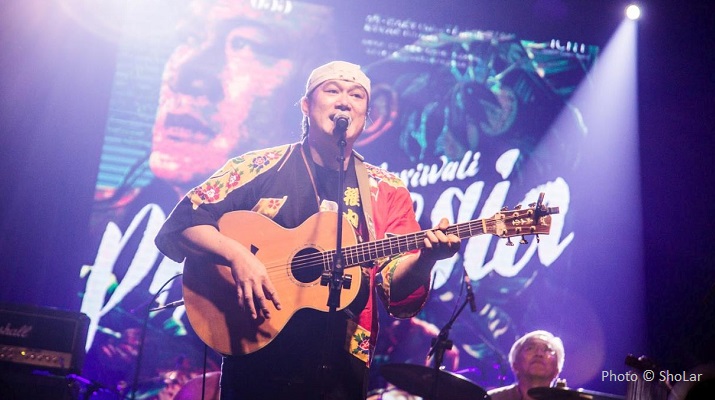 Chalaw Basiwali, a Native Taiwanese Amis singer/songwriter, whose music is a fusion of folk music with Bossa Nova rhythms. The clean sound of the acoustic guitar and driving percussion traverse an emotional spectrum from intense, deep expression and light-hearted joy.

Chalaw Basiwali is a young Amis man who is proud of his heritage. At the age of six, he learned to play his brother's guitar, and then he learned to play drums at the age of eleven. Born and raised in traditional Amis rural territories, Chalaw moved to Taipei to find work, like so many Amis people. After years of unstable living in the city, he returned home to his village, Hualien, which is by the Pacific Ocean. Here he formed a band with friends. The band includes a Madagascan musician Kilema, who is a Malkasi aboriginal musician.

Chalaw's voice is heavy, just like the energy of the rising sun. He’s a humble fisherman who listens to the interactions of the land, sea and people - this is what brings out the sincere his songs for his beautiful tribe. He’s a documentarian of sorts, using music to record and preserve the disappearing memories of his people.

Basiwali is the music of the natural world. It’s made with a clean classical guitar sound and enthusiastic drumming, and vocals that move audiences wherever they’re from, with their Amis melodies and Latin rhymes. It’s truly a unique vision, a fusion of cultures that are deeply related.

It feels like being hugged by both ends of the Pacific - sometimes stormy, sometimes calm - but you’re always in safe hands in the good ship Basiwali, and sailing on the wide, beautiful ocean...