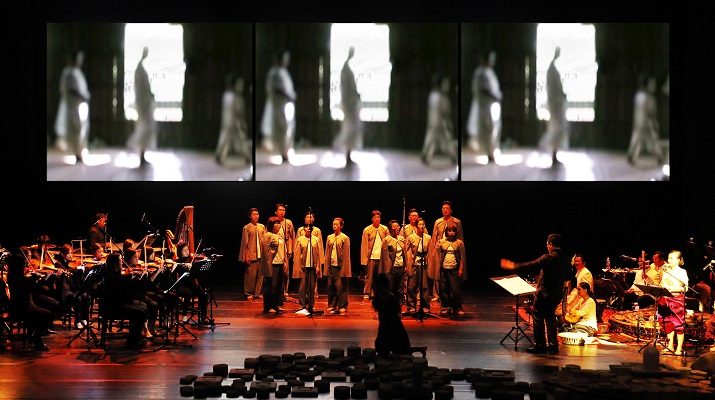 Bangsokol: A Requiem for Cambodia

Two survivors of the Khmer Rouge—composer Him Sophy and filmmaker Rithy Panh (The Missing Picture)—attempt to return dignity to their country’s dead with this musical ritual remembering the Cambodian genocide. Against cinematic evocations of this bruised history, Bangsokol: A Requiem for Cambodia recruits the Metropolis Ensemble, the Taipei Philharmonic Chamber Choir, and traditional Khmer vocalists and instruments—ancient harps, flutes, and the xylophone-like roneat pluah—to mourn the nearly two million forgotten souls. Mellifluous Buddhist smot chanting and other all-but-extinct Khmer musical forms are woven throughout a procession that moves from the heavens to the killing fields, culminating in a plea to recognize impermanence as the only path to peace.