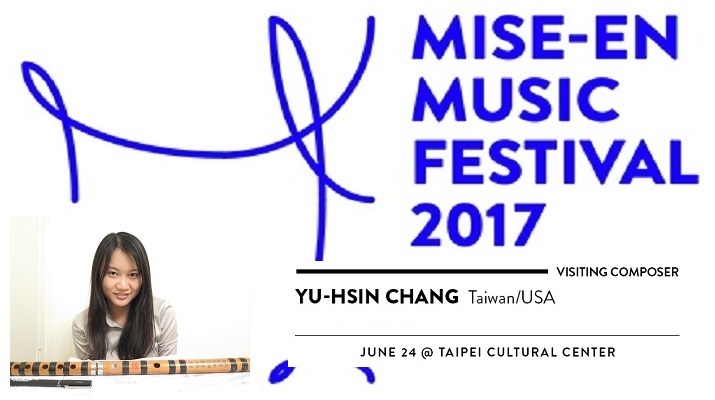 NEW YORK, NY —This summer New Yorkers can expect a spectacular display of musical expressions from the 2017 iteration of the MISE-EN Music Festival. Since 2014, ENSEMBLE MISE-EN has provided this singular opportunity to experience music composed by today’s freshest talent, as viewed through a kaleidoscopic array of cultures, styles, mediums, and personalities—those domestic, as well as international. These 46 composer participants were selected from a pool of over 1,100 applicants to travel from locations around the globe to New York City to participate in this six-day festival. During their tenure with MISE-EN, each resident will take part in an intensive, hands-on, and collaborative rehearsal, workshop, and performance schedule with the ensemble, as well as be afforded the rare opportunity for artistic exchange with colleagues typically separated by barriers both geographical and social. Over the course of the six day festival, the ensemble and participating composers will give a total of 6 concerts (one of which being an evening length ‘marathon’ concert, exemplified by Bang on a Can) and 1 workshop.

About ensemble mise-en
ensemble mise-en is a New York-based contemporary music collective led by composer Moon Young HA. Comprised of talented young musicians, our personnel strive to bring a repertoire of challenging new sounds to diverse audiences. We wish to impart an experience that is simultaneously multi-cultural, intellectually stimulating, and aesthetically pleasing. As a collective, the multi-national personnel has coalesced around a real aesthetic agenda, crystallized in the name mise-en: “mee”, in Korean, means “beauty”, and “zahn”, “to decorate”, and the group unabashedly promotes “beautiful” artwork to increasingly diverse audiences of contemporary sounds. (http://www.mise-en.org/)

About the Taipei Cultural Center
(1 E 42nd St, New York, NY 10017)
The Cultural Center has played a significant role in enhancing Taiwan’s cultural image and promoting international cultural exchanges. To cope with the new trend of global cultural competition, the Taipei Cultural Center, breaking the regional boundary of New York City, has been actively bringing Taiwan’s cultures to North America and has strengthened cultural promotion considerably since July 2002. Its head office is the Ministry of Culture, Taiwan.

Yu-Hsin Chang, Composer and Chinese flutist Yu-Hsin Chang is currently a Ph. D. candidate in music composition and theory at UC Davis. She received her previous degrees (MFA, BFA) from Taiwan. Her works include solo, chamber, and orchestral pieces for both Western and Chinese music instruments, and have been performed by soprano Tony Arnold, the Empyrean Ensemble, the Daedalus Quartet, the Nouvel Ensemble Moderne, the Chai Found Music Workshop, and the Little Giant Chinese Chamber Orchestra. Chang’s music reflects contemplative atmosphere with sparkling music timbre and pulses, and the bi-musicality of Western and Taiwanese/Chinese music traditions. Her music has been featured worldwide, including Music Taiwan 2016, Etchings Festival 2016, Cortona Sessions 2014, and Shanghai Conservatory New Music Week 2011. Recently she studied under the direction of Pablo Ortiz and Laurie San Martin. Her previous composition mentors include Kurt Rohde, Sam Nichols and Chin-Yu Lin.
For more information, please visit –yuhsinchang.com