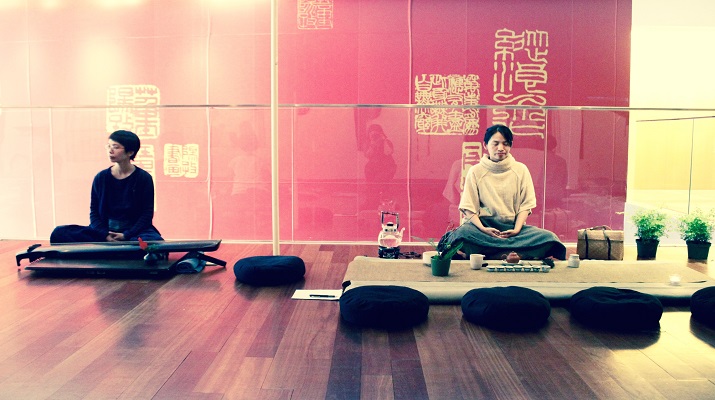 The celebration of the Asian Moon Festival – a traditional autumn harvest festival – the University of Scranton will host a lecture on East Asian Buddhism and an Asian tea ceremony and workshop. Both events, offered free of charge and open to the public, are planned for Thursday, Sept. 15.

Hsiao-Lan Hu, Ph.D., associate professor of religious studies and the Women’s and Gender Studies Program at University of Detroit Mercy, will present on “Kuan-Yin (Bodhisattva Avalokitesvara): Empathy and Empowerment through Many Images.” Avalokiteśvara, the Bodhisattva of Compassion, also known by the name Kuan-Yin, Kannon, Kwan Um, Quan Am or Chenrezig, the “Perceiver of the Cries of the World,” is the most popular bodhisattva in the Buddhist world. Many Mahāyāna Buddhists, especially those who have chanted “The Universal Gate” chapter of the Lotus Sūtra, are also familiar with the concept that Kuan-Yin may take different forms to liberate sentient beings. The forms include male and female, old and young, elite and common, and human and non-human. Through an examination of the multiplication and transformation of Kuan-Yin’s many images, this talk offers a reflection on the empathy and empowerment that Kuan-Yin provided for East Asian Buddhist women in history, and what s/he can provide for the gender, sexual and ethnic minorities in the modern time. Dr. Hu’s lecture will take place at 11:30 a.m. in the McIlhenny Ballroom of The DeNaples Center.

Also on Sept. 15, Caketrees Studio of Taipei, Taiwan, will present “The Asian Art of Tea: Zen and Tea,” a workshop on mindfulness and Taiwanese tea culture that will culminate in a traditional tea ceremony that includes ancient Chinese zither play, meditation, tea and snacking pairing and hands-on learning of tea making. The event will run from 6 p.m. to 7:50 p.m. in the McIlhenny Ballroom.

At the event, the Wu sisters (Hsiao-Hui, Hsiao-Chen and Hsiao-Jou), who founded Caketrees Studio, will discuss the history of tea in Taiwan and the different facets of tea culture, including the importance of mindfulness. They will teach participants how to calm their minds to brew and appreciate the tea. The participants will then be invited to practice making and sampling different types of tea. The workshop will conclude with a formal tea ceremony.
The events are co-sponsored by the University’s Asian Studies Program and the Taiwan Ministry of Culture. The events are being supported by the 2016 Spotlight Taiwan Grant.

This is the third year the University has received a Spotlight Taiwan grant. The grants are part of a program run by Taiwan’s Ministry of Culture that brings examples of Taiwanese culture to select college campuses around the world.