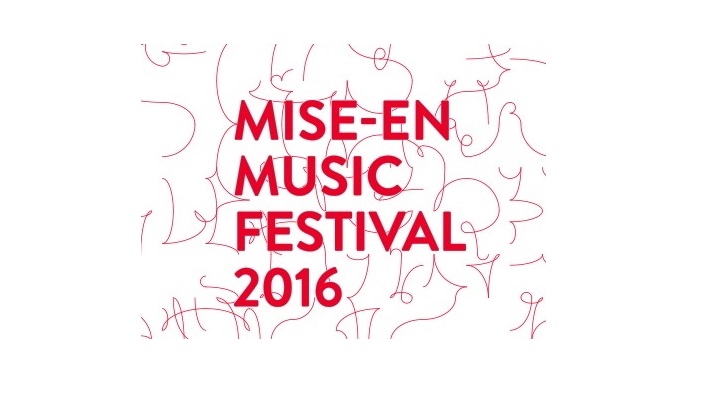 
NEW YORK, NY — ensemble mise-en will be presenting a new music festival across 4 days at various venues in the New York City area. After hosting a call for scores which received 792 submissions, ensemble mise-en has selected 31 works by composers from across the globe to be performed.

Following the success of last year’s MISE-EN Festival, ensemble mise-en is enthusiastic and excited to present another festival of music by some incredibly talented composers from all over the world. Last year’s festival featured primarily pieces that already composed, but this year will include world premieres written specifically for ensemble mise-en. This festival is not just a series of performances – it as a composer-performer community event developed through mise-en’s close engagement to each composer involved.

About the Taipei Cultural Center
(1 E 42nd St, New York, NY 10017)
The Cultural Center has played a significant role in enhancing Taiwan’s cultural image and promoting international cultural exchanges. To cope with the new trend of global cultural competition, the Taipei Cultural Center, breaking the regional boundary of New York City, has been actively bringing Taiwan’s cultures to North America and has strengthened cultural promotion considerably since July 2002. Its head office is the Ministry of Culture, Taiwan.

Lily Chen, born in Taiwan, is a composer exploring timbral potentials of both acoustic and electronic music. In her recent works, she creates counterpoint of timbre by synthesizing sound gestures with subtlety, shaping imaginative and poetic atmosphere in her music. Lily is currently a PhD candidate in music composition at the University of California, Berkeley, where she is studying with Ken Ueno, Franck Bedrossian, Edmund Campion, and Cindy Cox. For more information, please visit – http://chenlily.com

Shih-Wei Lo’s work is often informed by the diverse articulations of time and space in various domains such as art, literature, culture, and politics, and may be viewed as a process of transfiguring these into music, providing audience with a contemplative medium. Currently a Dean’s Fellow at Columbia University, he is pursuing a DMA in Composition. He received his MM in Composition from the University of Washington. He was recently awarded First Prize in the ASCAP/SEAMUS Student Commission Competition and Honorable Mention in the 2015 American Composers Forum-s National Composition Contest. For more information, please visit –http://shihweilo.com/

Tai-Kuang Chao is a musical storyteller and sonic painter. Chao employs notes fused with acoustic timbres to blend his musical pigments onto the palette, which becomes the paintbrush that leads the audience’s imagination to create an image within the realm of their fantasies. Chao’s music often collaborates dance, lighting and costume design, which creates a visual stunning performance, thus commanding attention and musical involvement from the audience.
Mr. Chao is pursuing his doctoral degree in composition-theory at University of Illinois at Urbana-Champaign. Chao’s other principal teachers include Erin Gee, Reynold Tharp, Erik Lund, and Kyong Mee Choi.