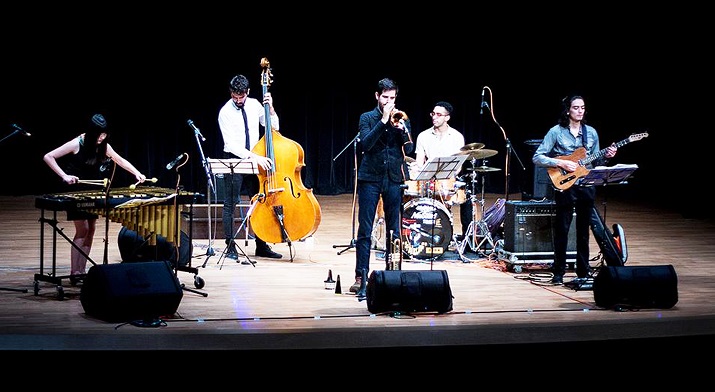 A native of Taiwan, New York based-vibraphonist Su has been living in the US since moving to Boston in 2008 to study at Berklee. Since then, she has had performances along the East Coast and joined acclaimed saxophonist Greg Osby's label, Inner Circle Music. Su's debut release as leader, Flying Alone (Inner Circle Music, 2013), has been released to widespread approval. In the April edition of DownBeat, Brad Farberman wrote of Su's "intelligence, sensitivity and a haunting sense of tenderness."

The album Flying Alone has received numerous music awards and nominations, including ‘Best Jazz Album of the Year’, ‘Best New Artist’, ’ Best Jazz Single’ from the 2013 Golden Indie Music Award and ‘Best Performance Album of the year’, ’Best Composer Award’ from 2013 Golden Melody Award in Taiwan, and “Best Release of 2013” by All about Jazz. Yuhan Su Quintet has released her second album A Room of One’s Own in 2015. She receives the endorsement by Alternate Mode as a featured MalletKat (Electronic MIDI mallet controller) Artist and Resta-Jay Percussion.

On April 6th, Yuhan will be leading her jazz quintet to present a concert at Taiwan Academy in New York. They will perform a set of compositions by Yuhan inspired by Chinese Mythology KuaFu, a giant who decided to chase and catch the Sun. With each stride he gets closer to the Sun, however, he could never catch up to it. He followed the Sun from the East to the West, draining all rivers and lakes crossing his path as sources of water to quench his burning thirst as he closed in on the star. However, he wasn't able to finish his quest because he died of the extreme heat and exhaustion. The wooden club he was carrying grew into a vast forest. Kua Fu turns into a mountain range.