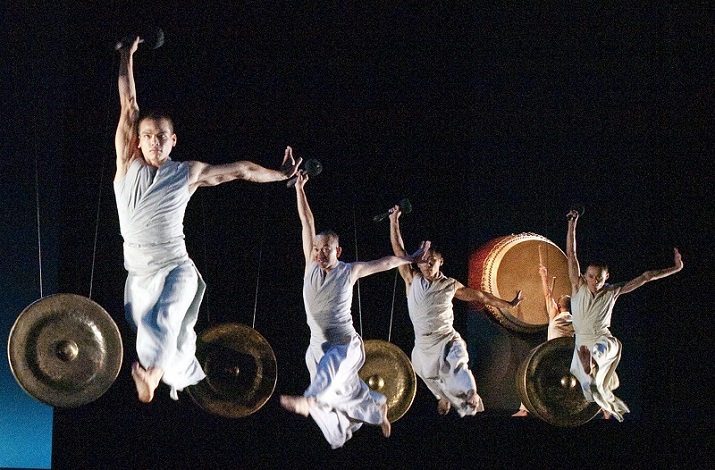 Supported by the Ministry of Culture and Ministry of Foreign Affairs, Taiwan
Bloomberg Philanthropies is the Season Sponsor


Beyond Time US Premiere
U-Theatre

Taiwan’s beloved U-Theatre returns to BAM with Beyond Time, a visual and auditory spectacle that reflects on man’s relationship to the universe. Traditional Taiwanese drumming and folk music meld with contemporary dance-theater and martial arts, infusing the performance with reverence and ceremony. The music encompasses a gamut of sounds from rapid taiko-style drumming to plaintive folk music performed with vocals and traditional instruments like Chinese zither, flute, and pitched gongs. The production features imaging technology, projections, and mirrored flooring, creating immersive 4D effects that envelope the audience. Thunderous drumming, Tibetan throat singing, and swirling sacred dance movements combine with these elements to create an experience that transcends the constraints of intellectual thought.


About the Artists
Artistic Director Liu Ruo-yu and Music Director Huang Chih-chun founded U-Theatre in 1988, establishing its base on Laochuan Mountain on the outskirts of Taipei. The sound of the letter ‘U,’ from which the company takes its name, is similar to that of the Chinese character that means ‘superior’ or ‘excellent;’ in ancient China, that symbol also meant ‘professional actor.’ Living and working together, U-Theatre’s performers undergo intense physical training, including meditation, martial arts, and traditional drumming. Aesthetically, the company’s work is rooted in an ongoing exploration of indigenous Taiwanese and Chinese performance history and practice, as well as in a deep respect for the natural environment. U-Theatre’s philosophy embraces the Zen principle of balancing artistic skill with self-knowledge. In 2009 the company began offering drumming classes to inmates from Changhua Prison in central Taiwan as part of the prison’s reform-through-art program. U-Theatre previously appeared at BAM with The Sound of Ocean (2003 Next Wave) and Meeting with Bodhisattva (2008 Next Wave).