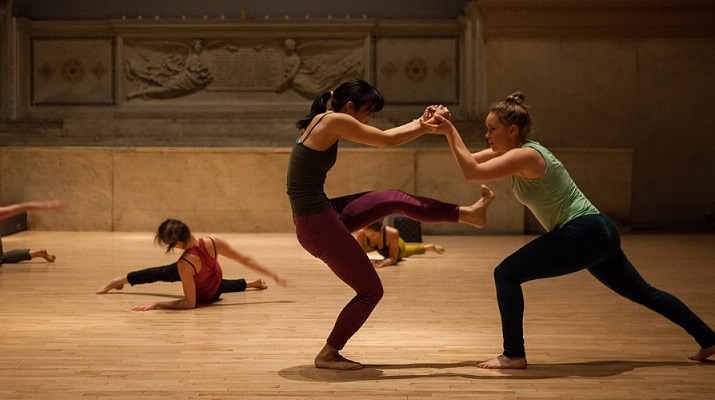 Hsiao-Wei Hsieh and Hsiao-Ting Hsieh, twin dancers and choreographers from Taiwan and founders of InTW will produce their second independent show on June 27, 28 at Martha Graham Studio Theater.

Hungry Candy was their dance film while Hsiao-Wei and Hsiao-Ting had one-month residency in Djerassi Residency Artists Program. Inspired by natural scene and art work, they developed a dance bases on the story of “ Hansel and Gretel”. Before Sunrise, was inspired by the Sunflower Movement happened in Taiwan on March in 2014, which students occupied the government building and fight against with the service trade agreement between China and Taiwan. AMA, is the meaning of grandma in Taiwanese. Through collecting grandma’s dresses, it brings out all memories from family. 52 Hertz, a multidisciplinary work of dance and installation art, is inspired by a scientific article from Animal Planet Website: ”52 Hertz” The Loneliest Whale in the World. This work will collaborate with artist Kyle Dietrich and Broderick Shoemaker. Their fascinating work on reactive neon painting is going to appear on stage as a maze made by panels of fabrics.