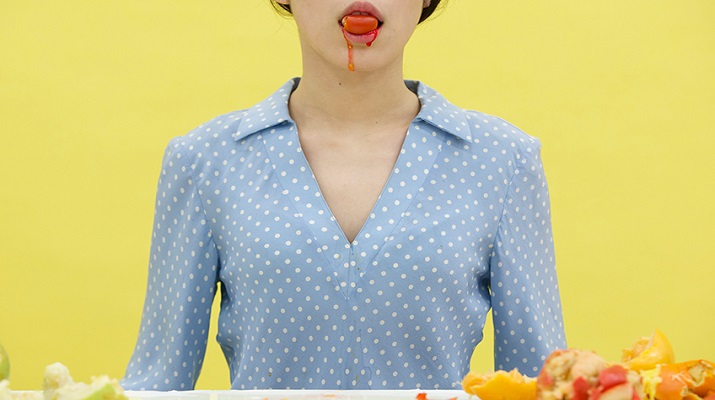 Taipei Cultural Center is pleased to announce that two artists from Taiwan, Ms. Joyce Ho and Yin-Ju Chen, have been invited to present their new projects at 2017 Asia Contemporary Art Week Field Meeting Oct. 14 and 15.

Introduced as the signature program of ACAW in 2014, Field Meeting is an exhibition in the form of a two-day forum, centered around the medium of lecture-performance. The program invites up 30-plus artists and arts professionals to develop and present their new projects to an exclusive audience of over 300 U.S.-based curators, scholars, and museum professionals.

Joyce Ho will present a “lecture performance” titled “A Day at ACAW” at this year’s field meeting. For her recent practice, she has been experienced with performances/installations that attach to our familiar experience of life: cycles, relationships, rituals, dialogues, spaces, events...Its foundation is laid on our perceptions of everyday situations. This connects time with our everyday relationships to space, events, people, and rituals, and seeks to break through the temporal aspects usually involved in performance and viewing artworks. Time then becomes a clue about the performance/space, a suggestive reminder. In the midst of all these regularities that surround us, it serves to magnify and even to transform, certain very tiny and easily overlooked chinks, to magnify the rituals so easily overlooked in our lives, to urge the viewer toward reflection on the details of everyday life.

As to Chen, her work titled Extrastellar Evaluations (2016) will be presented on the second day of the field meeting. Through this artwork. Chen envisions a version of history in which the mysterious Lumerians lived invisibly among humans in mid-20th century America, some of them under the guise of renowned artists. This period of time is presented as a critical era for both Lemurians and human beings. Key events happened in this part of human history include Cold War, the Vietnam War, China’s Cultural Revolution, etc., while the Lemurians were impacted by severe weather that disturbed the transmission route to their planet and displaced them from their land. Under Chen’s alternate history, the new, geometric-shaped transmission devices that the Lemurians created for the purpose of reconnecting with their planet were instead interpreted by humans as conceptual and minimalist sculptures, thus enabling the alien beings to exist among people as post-modern artists.

This year’s field meeting will be hosted at Asia Society Museum on Oct. 14n and at SVA Theatre on Oct. 15. For information about the speakers and meeting schedule, please visit: http://www.acaw.info/?page_id=31620

Ho is an interdisciplinary artist with an emphasis in painting, sculpture, installation, and performance. In her works, she explores daily rituals, the deconstruction of movement, and the fluid relationship between light and shadow. She is interested in the tension between dream and reality. Her works simultaneously envelop the audience while also confronting them, destabilizing the viewers’ traditional views and modes of perception. Joyce Ho’s recent exhibitions include: Solo exhibition “Dream about the edge”, IT PARK, Taipei (2017); “Semitransparent Scenery”, The First Kirishima Lobby Project, Kirishima Open-air Museum, Kagoshima, Japan (2016). Group exhibition: “Art Basel Hong Kong: Encounters sections”, Hong Kong (2017), “Everything You Need To Know About The FY Foundation: An Exhibition”, You Space, Shenzhen, China (2017).

Chen's primary medium is video, but her works also includes photos, installations and drawings. In the past few years she has focused on the function of power in human society, nationalism, racism, totalitarianism, collective thinking or collective (un)conscious. Her recent projects also engage in the relations between cosmos and human behavior. She has participated in many important international exhibitions and film festivals, such as Liverpool Biennial (UK, 2016), Forum Expanded at 66th Berlin Film Festival (DE, 2016), 20th Biennial of Sydney (AU, 2016), Yin-Ju Chen: Extrastellar Evaluations (US, 2016), Action at a Distance–Yin-Ju Chen Solo Exhibition (TW, 2015), Shanghai Biennial (CN, 2014), "A Journal of the Plague Year" (Para/Site, HK, 2013), Taipei Biennial(TW, 2012), International Film Festival Rotterdam (NL, 2011). From 2010-2011, Chen was a resident artist at the Rijksakademie van beeldende kunsten in Amsterdam, the Netherlands. She currently lives and works in Taipei City, Taiwan.
Back
返回頂端
關閉選單
Keywords: 文化部
fb youtube mail