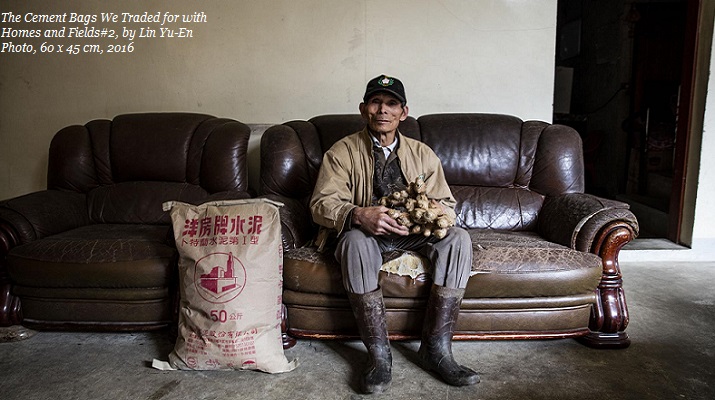 “For a better tomorrow,” an exhibition that features works by four Taiwanese visual artists, is set to open on Saturday, Dec. 3, 2016 and run through the month at inCube Arts Space in Manhattan.

To use this famous quote as the opening of this curatorial essay is not an attempt to instigate nationalist ideological debates over political governance. On the contrary, it is to reveal how, in his critique of John F. Kennedy, American neoclassical economist Milton Friedman (1912–2006) with his idea of the “free man” and absolute freedom that it entails, defied democratic functioning in the name of economic freedom; how biopolitics verged on absolute control; how the neoliberal definition of “freedom” is distorted, to satisfy the desire for economic expansion, by political parties and corporate conglomerates into a weapon to disintegrate a nation and its democratic mechanisms, in turn constraining, trampling, and annihilating human freedom.

A seemingly ironic slogan, “For a better tomorrow” is intended to underline the status quo where we are faced with a structural problem haunted by neoliberalism. The intervention of art turns out to be a catalyst, accentuating the previously neglected issues and phenomena in public discussion, and allowing the oversimplified and consumerized subject to manifest its paradoxical nature and complexity. We must be aware how the global public domain is silenced in media manipulation by multinational corporations, where the ability to initiate public discourse and to form a consensus is debilitated. But at the same time, the repression of reality is breeding a greater force of resistance in contemporary art. Via the reality portrayed through this exhibition, it is hoped that the artistic domain becomes part of the public domain, focusing attention on the political-economic structure, ideological paradigm shifts, and the state of man, all highlighted in diverse art forms. For this is not only a manifestation of democratic ideals, but also an emancipation of the artistic domain, furthering art’s role in knowledge production on global and local levels.

Artists
CHEN Po-I (b.1972, Chiayi, Taiwan) As a photographer, Chen’s works concern the humanities and social aspects of Taiwan, using his lens to connect himself with the greater context of Taiwanese society. With this, his photographs have the power to express the collective memories of Taiwan. His photographic works are frequently invited for exhibitions, recently include Crossroads˙Another Dimension—A Cross-Strait Four-Regions Artistic Exchange Project 2013 (He Xiangning Art Museum, 2013), The Pioneers of Taiwanese Artists, 1971-1980 (The National Taiwan Museum of Fine Arts, 2014) , Lendemain Chagrin (Maison Européenne de la Photographie, 2016). In 2015, he participates the residency east-asia dialogue intends to share and raise the awareness of issues on art and society in East-Asia (R:ead #4). Some of his photographic works now become the permanent collection at National Taiwan Museum of Fine Arts (Taiwan), Museum of Fine Arts, Kaohsiung (Taiwan), Kiyosato Museum of Photographic Arts (Japan), Maison Européenne de la Photographie (France).

LIN Yu-En (b. 1986, Taipei, Taiwan) lives and works in Taipei where the complicated political environment and multicultural society led him to develop a strong interest in exploring issues of cultural identity and collective memory through his photographic practice. His work focuses in particular on the cultures and communities within city spaces. Yu-En received his MA in Photography and Urban Cultures from Goldsmiths, University of London, in 2013. Yu-En is now a photojournalist based in Taipei.

TENG Chao-Ming (b. 1977, Taipei, Taiwan) recent work provides the audience an access to the societal consciousness of Taiwan, by intervening the narratives and mechanisms of the popular cultural products from his home country, a nation-state that is still struggling with its identity, the habitual self-victimization, and negotiation with its past and neighbors. The examples he has utilized range including a movie (A Brighter Summer Day (1991)), a folk song (Rainy Night Flowers (1934)), novels (Taipei People (1971), and A Family Catastrophe (1973)), all by Taiwanese authors, and a sport event (The Olympic Game) that Taiwan never hosts. TENG approaches these events by devising unconventional ways of reading them, which is largely informed by his thinking on ideas such as systems and assemblage, indeterminacy and the human desire of making sense. In this way, TENG’s work continues the discourse on agency, and the challenges of moving forward.

WU Chi-Yu (b. 1986, Taipei, Taiwan) is a member of artist collective, Fuxinghen Studio. He works not only on video, but also in various genres of collaborative project, video installation and lecture performance. His artistic practice focuses on the record and the reproduction of oral history and local rumor. Through the process of deconstructing and reconstructing the narratives, he reconnects the post-modern civilization which has been detached from history and community. From 2014- 2015, he had been to the residency program at Rijksakademie in Amsterdam; and at Seoul Art Space Geumcheom in 2013. Recent exhibitions include: “The 2nd “CAFAM- Future” Exhibition” , CAFA Art Museum, Beijing (2015) ; “FEST - New Directors New Films Festival”, Espinho (2015) ; “Short Film Program” , Art Basel Hong Kong, Hong Kong (2016) ; Marginal Matters-Arkipel International Documentary and Experimental Film Festival, Kineforum, Jakarta (2016).

Curator
HSU Fong-Ray (b. 1984, Taipei) is the curator at the Taipei-based Tina Keng Gallery and TKG+, as well as a board member of the Taipei Contemporary Art Center. Currently his research focuses on conceptual art as well as its philosophical underpinnings and creative methods. Through institutional critique he examines the structural relationships between politics, economy, society, and history in the realm of artistic production. While Curating as a temporary institution in art production, he participates in producing knowledge. His recent curatorial projects include DisOrder/ Exhibition/ in Order, Hong-Gah Museum, Taipei, Taiwan (2013); Returning Sight — The Fissures of Moving Image, TKG+, Taipei Taiwan (2015); Everyday Hypothesis, TKG+ Projects, Taipei Taiwan (2016); and What am I If I can't be yours, TKG+, Taipei Taiwan (2016).