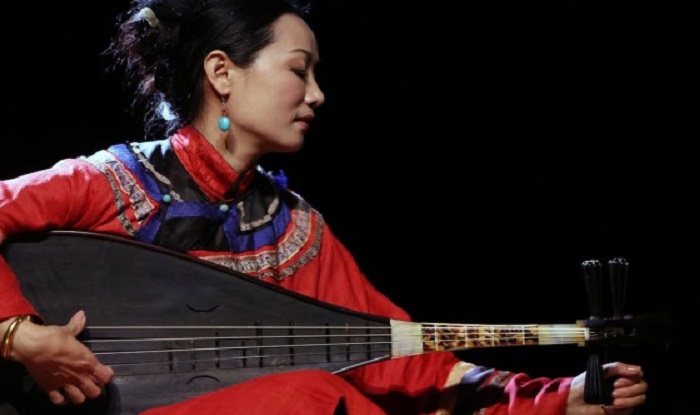 Sponsored by the Ministry of Culture, Republic of China, Taipei Cultural Center will host a special performance Song of the Pipa-Lute by Xinxin Nanguan Ensemble on Wednesday Sept. 28 at Taipei Economic and Cultural Office in New York.

The Nanguan genre of music in Taiwan is one of the oldest and most exquisite forms of surviving traditional music. The Xinxin Nanguan Ensemble was founded by Wang, Xin-Xin for the preservation, study, and promulgation of this ancient art form. Xinxin Nanguan sows the seeds in today’s contemporary artistic garden, keeping this traditional form blooming with its abundant cultural heritage, as well as appeasing the restless minds of the present.

XinXin Nanguan Ensemble has chosen not to cling to tradition, as it continues to draw on its professionalism to create new innovations in musical style, artistic theme, and stage design.Every year, it is able to produce stunning and fresh Nanguan performances. Some of XinXin Nanguan Ensemble's important performances are as follows: singing and playing for Yangexing (Sumptuous Feasting Song)--Liyuan Classical Dance and Music, Beauties at Stroll, and Romance of Lychee Mirror by the Han Tang Yuefu Ensemble, 《Recital of songs Nanguan》at the National Concert Hall, Yangexing (Sumptuous Feasting Song)--Liyuan Classical Dance and Music for the Festival of Avignon, Le Jardin des Délices at the Péniche Opéra, Flowers Fade and Fly, The Sound of Dance in collaboration with Taipei Crossover Dance Company, The Love’s Revenge, Farewell My Emperor.

After the performance in New York, Xinxin Nanguan Ensemble will also perform in University of Scranton on Sep 30 and Asia Society Texas Center on October 2. The USA tour is made possible with the support of the Ministry of Culture of Republic of China, Taipei Cultural Center in New York, University of Scranton, Asia Society Texas Center and Houston Taiwan Academy.