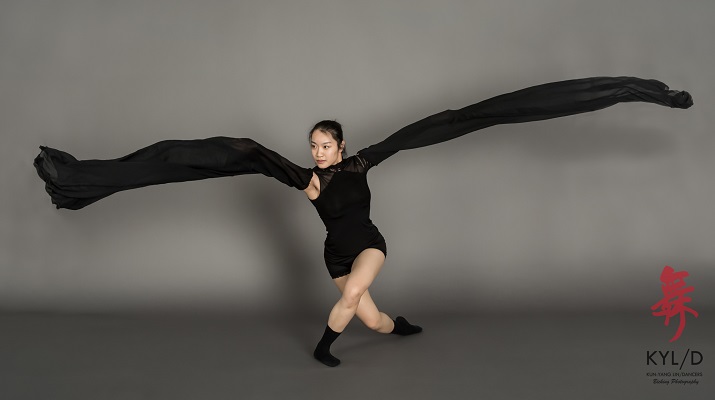 The critically-lauded and internationally active Kun-Yang Lin/Dancers (KYLD) announces four Philadelphia performances of virtuosic dancing that stirs the soul. KYLD unveils three world premieres born of a collaboration with composer Daniel Rhode, commissioned by the New Music Ensemble of Grand Valley State University. A surreal landscape of shape-shifting, otherworldly bodies, where mystery is punctuated by highly technical dance artistry in "DREAMSCAPE", putting the magnifying glass to the "MOMENT(s)" which touch us as humans, whirling and spiraling into gravity in" VERTIGO." The concert also features a bold revision of KYLD’s acclaimed work, “AUTUMN SKIN.” Renowned violinist, Todd Reynolds, one of the founding fathers of the hybrid-musician movement and co-founder of the quartet, Ethel, will perform with KYLD on Saturday evening, April 16.

ABOUT KUN-YANG LIN DANCERS
Hailed for its superbly trained dancers and inventive choreography, the internationally-active, South Philadelphia-based KYL/D is committed to practicing a fearless physicality that resonates with the soul, to probing questions that shape us as individuals and communities and to inviting audiences to engage
in their own journeys of self-discovery. Proceeding from a rich frame informed by living traditions, contemplative practices and diverse philosophies of Asian origin, the company creates contemporary dances that transcend cultural boundaries. Artistic Director Lin's zen-inspired practice of dance manifests in lush works of poetic sensibility that The New York Times says "create and inhabit worlds of their own."

About Kun-Yang Lin, Artistic Director of KYLD
Taiwan-born Lin is an artist-educator who dances in the spaces between East and West, the visible and invisible, innovation and tradition, the individual and collective. Known for its “distinctive blend of traditional and Western dance [that] has the dark, bold force of a woodcut print” (New York Times), Lin’s choreography is widely acclaimed by critics and audiences throughout the United States and abroad. His artistry promises to “transport…us back to the beginning of humanity and the wellspring of our beings” (Backstage) and has been described as “deeply spiritual, remarkable.” (Dance Magazine). Among the primary impulses nourishing Lin’s artistry are Buddhist and Taoist world views and the internal energetic flows of many Eastern arts he has practiced over the years including tai chi, chi gong, calligraphy and meditation filtered through extensive training and performance experience across a broad range of contemporary dance techniques and improvisation practices and framed by ongoing cross-cultural research in dance as a medium for the integration of body, spirit and mind. Lin’s journey as an immigrant navigating tensions between his Eastern/traditional roots and his contemporary interests and embodied research inform his view of dance as a calling that transcends particular labels,shapes and movement. Lin’s artistry has been presented worldwide, from Lincoln Center to Jacob’s Pillow to the Tanzmesse International Dance Festival, and has received support from leading funders of the arts including the National Endowment for the Arts, Pew Center for Arts & Heritage, the MidAtlantic Arts Foundation, the Independence Foundation and the Jerome Robbins Foundation.