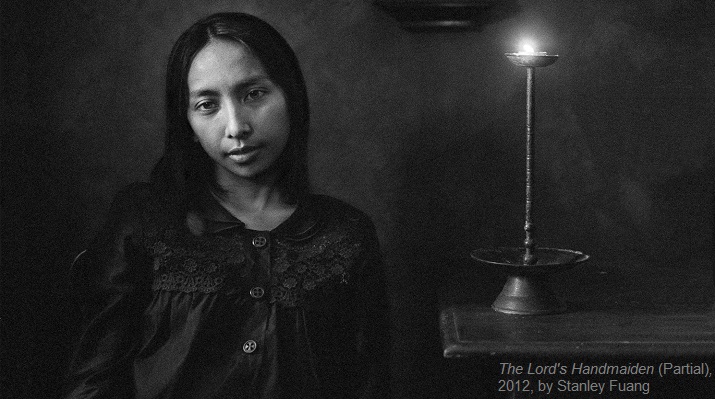 The first solo eixhibition entitled Saint Anonymous by the Hong Kong-born Taiwan photographer Stanley Fung will be on display at inCube Arts SPACE in New York December 3 to 30, 2015.

The portrait series 'Saint Anonymous' were shot in monochrome, and most of the models are friends and members of Fung's church. To Fung, who is a full-time clergyman, photography is more than an art or a hobby. “For him, photography is not only an artistic method for expressing the self, but a way to photograph the souls of mankind,” said Taiwanese photographer Yuan Yi-zhong. He added that in the history of portrait photography, Edward Curtis, whose works are mostly those of North American Indians, is without a doubt the foremost pioneer in using photography to capture the soul. Though Fung found it difficult not to be influenced by Curtis and his works, he still managed to create his own style, which is an amazing feat. As a pastor, Fung discovered hints of biblical revelations amongst his fellow church members. From this, he successfully conveyed the magical powers of faith, those that make one feel calm, fulfilled, strong, and satisfied. These portraits exude a sense of spiritual sublimation, and express that even a humble mortal can also become extraordinary.

“The strongest characteristics of photography lie in capturing a moment. Fung’s works seem to do exactly the opposite, and are more like a slow release of the flow of time……What he captures is actually the process of awakening that occurs when one goes from being lost to being enlightened. Only with faith can one distinguish between right and wrong. From Fung’s works, we indeed see a search for redemption.” Yuan noted.

inCube Arts SPACE is lcoated at 314 W. 52 Street. This exhibition is sponsored by the Taipei City Department of Cultural Affairs, supported by Ministry of Culture, R.O.C. (Taiwan), Taipei Cultural Center of TECO in New York.

For further information on the artists and works, please email the inCube Arts SPACE info@incube-arts.org