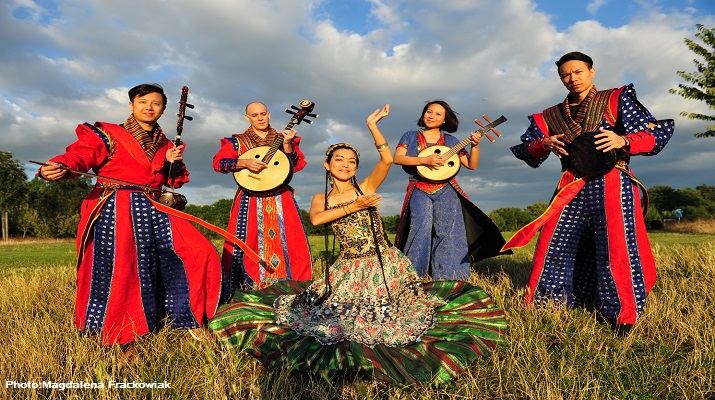 A Moving Sound(Sheng Don聲動)from Taiwan, has slowly but surely been establishing itself as one of the world’s most unique and artistic expressions of music from the Far East. As Lee Ann Hahn director of programming for the prestigious Grand Performances series in LA said, "No one is doing what they're doing". A Moving Sound performed this past July at one of Europe's most respected music festivals, Paleo festival in Nyon, Switzerland, (where Sting performed later the same evening). Paleo 's artistic director Jacques Monnier said simply, “A Moving Sound was absolutely brilliant".

A Moving Sound has been presenting, show by show, a reinterpretation of Taiwanese/Chinese music that has wowed audiences and experts with its sheer artistic depth. Marco Werman reported on PRI that AMS is "one of the few groups offering truly creative music from Asia" and Tom Pryor from National Geographic online music stated "A Moving Sound is one of the most original outfits working in the world music arena today”. The group has been featured on NPR's "All Things Considered, The Discovery Channel and is frequently programmed on BBC Radio 3.

It takes time in this saturated and speedy world for a singular creative vision to emerge. Yet it seems that A Moving Sound, under the umbrella of visionary record label Motema music, is now arriving, after ten years of recording and touring, at a point of recognition that they deserve.

A Moving Sound will perform at festivals, museums and universities across the U.S.. Schedule as: North Michigan University (9/29), Detroit Institute of Art (10/2), Illinois University Urbana-Champaign (10/4), Williams College MA(10/8), Queens Museum NY (10/11), University of North Carolina Asheville (10/15), LEAFFestival(10/16), culminating the tour at the state of the art REDCAT (Roy and Edna Disney/Calarts theater) on 10/18 which The Huffington Post describes as "the gold standard of the avante garde in LA".