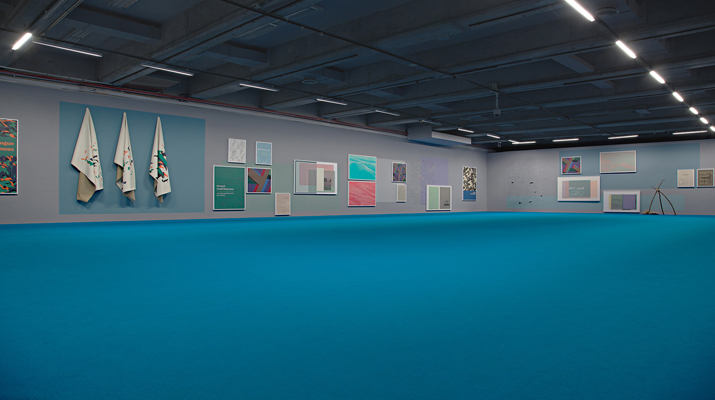 “The Great Ephemeral” responds to the speculative nature of the global market, both by exploring its intangible, even emotional, aspects and by offering clear-eyed commentary on its inequalities. This exhibition is part of a season of programming organized by the New Museum’s Education Department that examines aspects of speculation, including its volatile relationship to faith as well as alternative economies focused on caregiving and collective labor. “The Great Ephemeral” is curated in collaboration with Meiya Cheng of the Taipei Contemporary Art Center (TCAC), a platform dedicated to artists, curators, scholars, and cultural activists.

The works on view reflect an ephemeral existence in which our material circumstances, both in art and life, can feel precarious, abstract, and out-of-control. The artists featured in the exhibition react to this condition using various forms of protest: some responses are incisive, while others counter the market’s contradictions with equal measures of irrationality and play. Works in “The Great Ephemeral” include Constantina Zavitsanos’s tower of personal and familial debt spanning 278 years; Nir Evron’s photographic series, which depicts the rapid construction of a Palestinian housing development whose architecture mirrors the ubiquitous Westernized style of hotels and condominiums instead of that of the surrounding local culture; and Chou Yu-Cheng’s paintings, which, as copies of originals by British artist Geoff Molyneux, challenge an art market that values originality and authenticity. Presented as part of the New Museum’s international partnership program Museum as Hub, the exhibition captures preoccupations shared by artists around the world and how they manifest artistically and socially.

Sponsors
“The Great Ephemeral” is a Museum as Hub exhibition and residency. Museum as Hub is made possible by Robert Sterling Clark Foundation. Additional support for Museum as Hub and public programs is provided, in part, by the New York City Department of Cultural Affairs and the New York State Council on the Arts. Additional support for the exhibition is provided by the Ministry of Culture, R.O.C. (Taiwan) and the Taipei Culture Center in New York (TECO).
Artist residencies and commissions are generously supported by the Neeson / Edlis Artists Commissions Fund, and Laurie Wolfert.