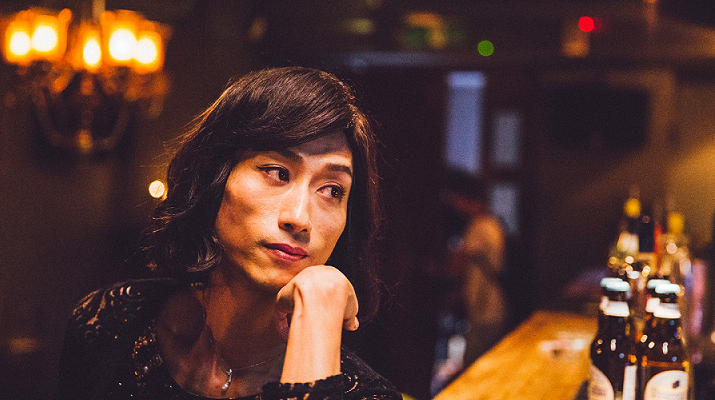 To celebrate NYC Pride, Taipei Cultural Center in New York has organized "Pride Taiwan", which consists of a series of play readings, film screenings and talks, not only to showcase Taiwanese LGBTQ artistry and creativity, but also to underscore Taiwan's leading role in advancing gender equality, human rights and freedom of speech in Asia.

“Alifu, the Prince/ss” by Yu-lin Wang
June 27, Wed., 7:00-9:00pm Screening + Discussion with the Director and Prof. Ron Gregg
The LGBTQ Center | 208 West 13th St., New York, NY 10011
The narrative centers on the sexual and ethnic struggles of Alifu, a 25-year old Paiwan hairdresser who dreams of getting a sex change operation and his responsibility of inheriting the role as chief of the Paiwan tribe. Alifu faces an identity crisis that forces her to contemplate whether she should continue to be a city-dweller or to appreciate the tribal tradition, whether her sexuality should be hidden or allowed to come out.

“Looking For?” by Tung-yen Chou
June 28, Thur., 7:00-9:00pm Screening + Discussion with the Director and Prof. Ron Gregg
Taiwan Academy | 1 East 42nd St., New York, NY 10017
“Looking For?” comes from a message frequently received by men on gay dating apps. The film follows Chou on a journey across the world, as he visits and interviews 60 men living in 7 cities, revealing their experiences of love, lust, and losses as gay people in modern times.

The directors will discuss their films with Professor Ron Gregg of the Film and Media Studies program in the School of the Arts at Columbia University.