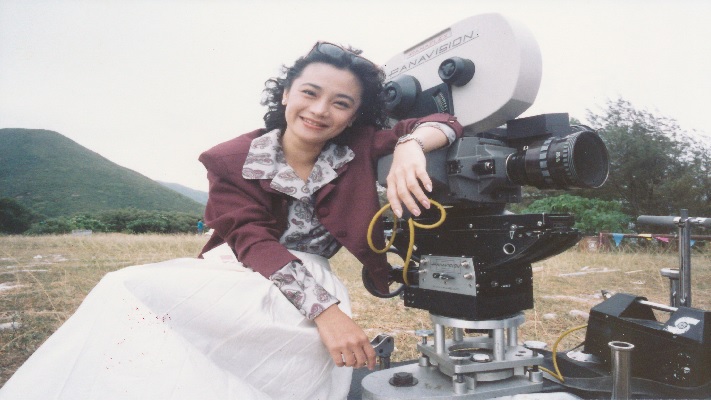 May 11, 2018 (New York, NY) –The Taipei Cultural Center in New York and Metrograph will co-present the first major U.S. retrospective celebrating Sylvia Chang, the most influential and prolific actress-writer-director of Chinese language cinema, starting from May 18 through 27. Sylvia Chang will be in attendance for post-screening discussions.

In a career spanning four decades, Chang has been captivating audiences with her remarkable on-screen performances, award-winning screenplays, and directorial visions. She has starred in nearly one hundred films, among them are renowned titles directed by Chinese auteurs, including King Hu, Edward Yang, Jia Zhangke, Tsui Hark, Stanley Kwan. She also wrote, directed and produced numerous other films, including her award-winning directorial works including 20 30 40 (2004) and Love Education (2017).

Featuring a survey of her representational works, this 15-film retrospective addresses the ways in which Sylvia Chang explores complex feeling like love, heartbreak, and family life in her movies. Kicking off the retrospective on the weekend of May 18 are the screenings of All About Ah-Long by Johnnie To, her earlier directorial work Xiao Yu, and her latest feature Love Education with Chang in attendance for Q&As. Highlights also include many other iconic titles that have rarely been screened in the U.S. For the full lineup and schedule please visit Metrograph.

My Grandfather (O Chun-Hung/1976/84 mins/35mm)
After suffering a breakdown at his wife’s funeral, a grief-stricken older man finds that he can only recognize his daughter-in-law. The discovery of a new love seems to improve his faltering health, but more heartbreak awaits just around the corner. The wistful, world-wise film that won Chang her first Golden Horse and due acknowledgement as a serious actress to be reckoned with.
Sat May 19, 12:45pm - 2:09pm

The Dream of the Red Chamber (Li Han Hsiang/1977/108 mins/35mm)
Chang, in one of the roles that helped cement her stardom, plays opposite Brigitte Lin in this colorful Shaw Brothers production, an ornate and operatic Huangmeixi musical adaptation of a classic novel of the Qing Dynasty, which has Lin, later a specialist in gender-bending parts, playing the male lead, a young nobleman hopelessly in love with Chang, the sickly daughter of another wealthy family, whom he is forbidden to marry.
Sun May 27, 1:30pm - 3:18pm

Legend of the Mountain (King Hu/1979/191 mins/DCP)
Always the maverick, Hu was working entirely independently on Legend of the Mountain, heading into rugged terrain in South Korea to film this atmospheric, hypnotic work suffused with supernatural overtones, which tells the story of a secluded scholar confronted by two seductive specters—including Chang, young and incredibly spry—who threaten to draw his attention away from the sutra he’s struggling to transcribe. One of the purest expressions of Hu’s ethos, in which philosophy and action merge as one.
Sat May 26, 1:00pm - 4:01pm

That Day, on the Beach (Edward Yang/1983/166 mins/35mm)
The little-screened debut feature by Yang, the groundbreaking giant of the Taiwanese New Wave, shot by renegade cinematographer Christopher Doyle, features Chang and Terry Hu as two female friends brought together after a thirteen-year separation, their process of catching up illustrated through an innovative flashback structure which shows the director’s flair for formal experimentation already fully in operation.
Sun May 20, 1:00pm - 3:46pm
Sat May 26, 1:30pm - 4:16pm

Shanghai Blues (Tsui Hark/1984/103 mins/35mm)
Beginning against the backdrop of the Second Sino-Japanese War, the inimitable Tsui Hark’s kinetic, ultra-stylish slapstick comedy/ historical romance/ backstage musical is one of the most important works of Hong Kong cinema from the 1980s. It revolves around the star-crossed affair between Kenny Bee’s nightclub clown and young damsel Chang, who meet-cute in a 1937 bombing and plan to find each other ten years later, only to have their reunion in devastated postwar Shanghai elaborately and often hilariously complicated by intervening fate.
Sat May 19, 10:00pm - 11:43pm
Wed May 23, 7:15pm - 8:58pm

All About Ah-Long (Johnnie To/1989/95 mins/35mm)
Chang and Chow Yun-fat co-wrote and co-star in To’s robust tearjerker as ex-lovers—and parents of a child—reunited after a decade apart. She’s a successful director based in the U.S. unaware that her baby survived childbirth; he’s a truck driver raising their son alone, trying to rekindle a lost love and win his son a better shot in life by going back into competitive motorbike racing. Bring tissues.
Fri May 18, 6:30pm - 8:30pm
Tue May 22, 7:00pm - 8:35pm

Mountains May Depart (Jia Zhangke/2015/126 mins/DCP)
Chang, herself a specialist in multi-generational stories, is a benevolent guiding spirit in Jia’s own deeply moving, epoch-spanning triptych, which begins with a love triangle in the director’s hometown of Fenyang c. 1999, follows central character Zhao Tao into a prosperous life in the hyper-capitalist wilderness of 2014, then catches up with her estranged son, Dollar (Dong Zijan), in his new home in the Australia of 2025, as he seeks nurturing and understanding from Chang’s older teacher.
Sun May 27, 1:30pm - 3:36pm

Xiao Yu (Sylvia Chang/1995/104 mins/35mm)
Chang directed René Liu, in her film debut, to an award-winning star turn as a Chinese girl who arranges for a mock marriage with an older American alcoholic (Daniel J. Travanti) in order to stay on with her boyfriend in New York. A strikingly compassionate drama that shows a rare understanding of both the immigrant plight and the bittersweet disappointments of old age, with top flight performances by both leads.
Sun May 20, 7:15pm - 9:30pm

Tempting Heart (Sylvia Chang/1999/115 mins/35mm)
Playfully referencing its director/ star’s lengthy career, Tempting Heart is a tender melodrama features Chang as a filmmaker who, in preparing to shoot a romance, finds herself transported back to the memory of an old affair in the 1970s—Gigi Leung plays the teenaged Chang character, with Takeshi Kaneshiro her former flame, and Karen Mok the best friend and confidante who loves her, too.
Sat May 26, 4:45pm - 6:40pm
Sat May 26, 9:00pm - 10:55pm

Murmur of the Hearts (Sylvia Chang/2015/119 mins/DCP)
A painter (Isabella Leong) raised on an isolated island off the Taiwan coast but now living in Taipei with an aspiring boxer boyfriend (Joseph Chang) struggles to reconcile herself to her conflicted relationship with her late, absentee mother, working through the memories with her travel agent brother (Lawrence Ko). A poignant, profoundly emotional drama, and a sumptuous tribute by Chang to her homeland.
Fri May 25, 4:15pm - 6:15pm
Sun May 27, 4:00pm - 6:00pm

Love Education (Sylvia Chang/2017/120 mins/DCP)
Into her fourth decade in the film industry—displaying a longevity almost unknown for actresses in Chinese-language cinema, or for that matter anywhere else—survivor Chang has a unique understanding of how times change, a subject at the heart of this sensitive story of a teacher near retirement (Chang) drawn into a squabble with her mother’s husband’s first wife (Wu Yanshu) over where to bury the man’s remains, all while observing the professional and romantic travails of her TV producer daughter (Lang Yueting).
Sat May 19, 7:15pm - 9:45pm
Sun May 20, 4:00pm - 6:00pm