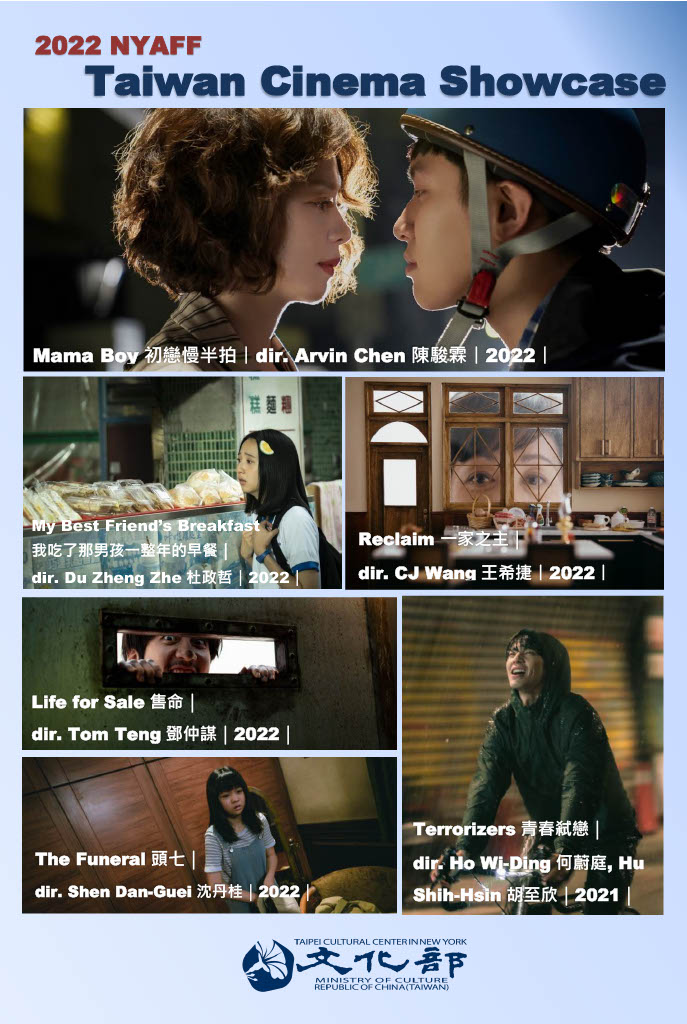 Mama Boy, scheduled to premiere at the FLC’s Walter Reade Theater on July 16, was directed by Taiwanese American Arvin Chen (陳駿霖). Chen previously directed romantic comedies Au Revoir Taipei (一頁台北) and Will You Still Love Me Tomorrow (明天記得愛上我), both of which premiered at the Berlin Film Festival. In recent years, he has spent time developing film and television projects in the US. Mama Boy, a comedy about growing pains and self-discovery, was selected for the Udine Far East Film Festival in Italy prior to its selection for the NYAFF.

The Funeral, scheduled to premiere at the FLC’s Walter Reade Theater on July 20, is a story about a broken home. The film begins with the daughter of the family moving away from home because her pregnancy outside of marriage was deemed unacceptable by her father. Years later, when she returns home to attend her grandfather’s funeral, the daughter finds out that the rest of her family was murdered. Director Shen Dan-Quei (沈丹桂) creates a mix of horror and mystery that offers insight into the living and the dead.

One of the highlights of this upcoming Taiwanese cinema showcase is the premiere of three films in a row at Walter Reade Theater on July 24. First, My Best Friend’s Breakfast is adapted from a tale that was originally posted on the Taiwanese social media platform ‘Dcard’ in 2015. The heartwarming romance depicted became a bestselling novel, and it was published in numerous languages before making the transition to the big screen.

Next up is Terrorizers, a drama about a public slashing incident committed by a young man. Several rising names in Taiwanese series and cinema star in this film, including Moon Lee (李沐) and Annie Chen (陳庭妮). Moon Lee, the leading actress in both My Best Friend’s Breakfast and Terrorizers, was nominated for Best New Performer at the 2021 Golden Horse Awards for her role in Terrorizers. Lee also won Best Newcomer in a Television Series at the 55th Golden Bell Awards for the role of Chiang Hsiao-Meng (江曉孟) in the TV series The Victims' Game (誰是被害者).

Finally, Life for Sale will also premiere on July 24. Director Tom Teng will attend the showing to introduce his film to the audience. The movie is about a suicidal man putting his life up for sale on the Internet, and it is entertaining with attractive cinematography and slick action.

In addition, Tank Fairy, a short film co-produced by Taiwanese and US companies, will be part of the NYAFF’s Narrative Shorts Showcase on July 28. The LGBTQ-themed film was directed by Erich Rettstadt, a queer American filmmaker based in Taipei.

Moreover, ‘Reclaim,’ directed by CJ Wang, which is scheduled to premiere at Asia Society on July 29, has been nominated for this year’s Uncaged Award for the NYAFF’s Best Feature Film Competition. The film is a beautifully nuanced character study about late-life female empowerment through self-actualization. Director Wang will also attend the premiere to lead the post-screening Q&A session. 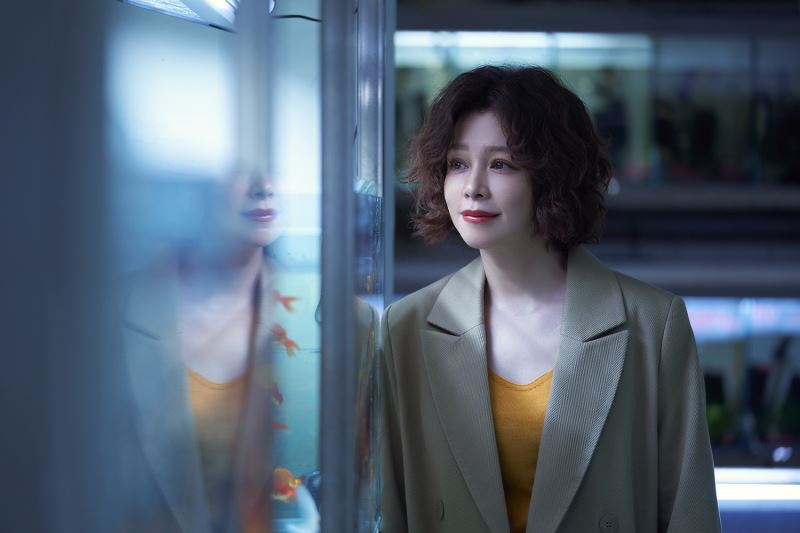 Mama Boy初戀慢半拍｜dir. Arvin Chen陳駿霖｜2022｜98 minutes｜Mandarin with English subtitles
North American Premiere｜7/16/2022 3:15PM, Walter Reade Theater, FLC
Taiwanese American director Arvin Chen returns to the silver screen almost 10 years after Will You Still Love Me Tomorrow? with his 2022 Taipei Film Festival opening night film. Xiao-hong (played by heartthrob Kai Ko) is timid to a fault, thanks largely to his domineering mother. After her attempts to set him up with a love interest end in disaster, he inadvertently meets an older woman (singer-actress Vivian Hsu) who captures his attention in a most unexpected place. Chen brilliantly de-glamorizes his cast, transforming them into quotidian characters we can all root for, without belittling their personal battles. Their gradual metamorphoses are painted with a vibrant cinematic palette and punctuated with moments of magical realism. Deftly exploring real-life social phenomena, Chen allows comedy and a sublime dramatic arc to evolve organically between the characters. Mama Boy is an endearing, insightful tale about a young man finally coming of age.
📽Trailer: https://youtu.be/qpzLl30ra0A 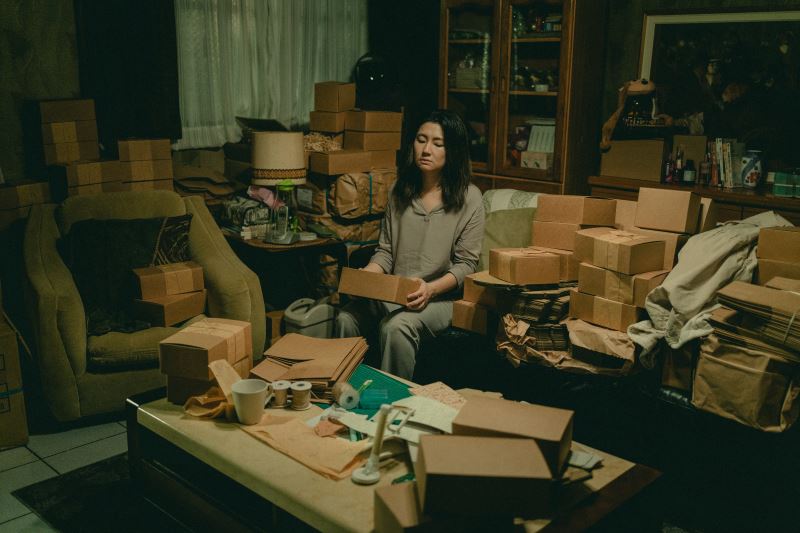 The Funeral頭七｜dir. Shen Dan-Quei沈丹桂｜2022｜102 minutes｜Mandarin with English subtitles
International Premiere｜7/20/2022 - 9:00PM Walter Reade Theater, FLC
Single mother Chun Hua works two jobs, struggling to survive the hustle of Taipei while facing a personal crisis. Summoned home to attend her grandfather’s funeral, she’s greeted by her cousin with oddly preternatural cheer, but treated with chilling disdain by her family, who insist she doesn’t belong there. Soon, Chun Hua’s ghostly nightmares begin to turn real, as she and her daughter are threatened by malevolent spirits and eerie visions. The dangers grow ever more deadly, devastating secrets are revealed, and lives are truly at stake—or is it already too late? Chilling camerawork, heart-stopping sound cues, and unexpected shock cuts all contribute to a mounting sense of dread in this superlative horror film, which probes the dark shadows of family dysfunction, crushing societal pressure, loneliness, and loss.
📽Trailer: https://youtu.be/9OD1a8_1YcA 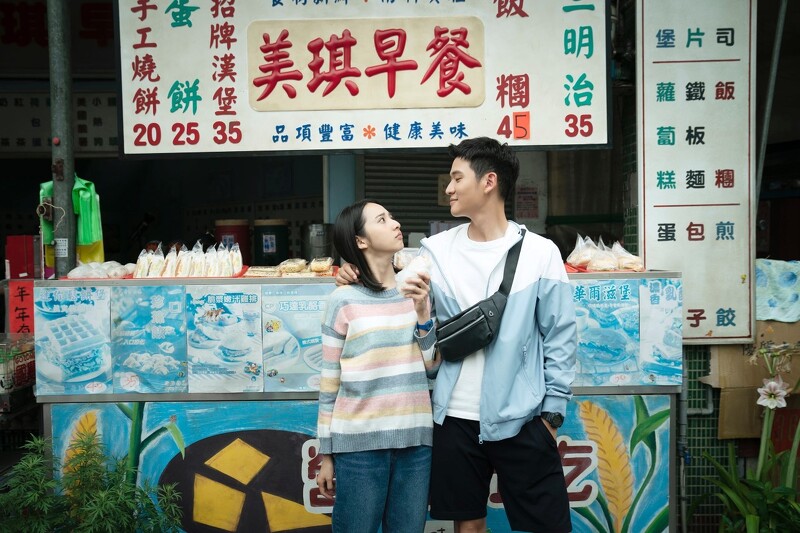 My Best Friend’s Breakfast我吃了那男孩一整年的早餐｜dir. Du Zheng Zhe杜政哲｜2022｜109 minutes｜Mandarin with English subtitles
North American Premiere｜7/24/2022, 1:30PM Walter Reade Theater, FLC
Gawky, food-obsessed high school girl Weixin (Moon Lee) inadvertently leads handsome BMOC Youquan (singer-songwriter Eric Chou) to think her beautiful best friend has a crush on him. He proceeds to bring breakfast to the false admirer every day for a year, and Weixin ends up eating it (with gleeful gusto) so as not to hurt his feelings. Meanwhile, the two begin to bond as he teaches her guitar and, unbeknownst to each other, start to become mutually infatuated. Their parallel paths to self-discovery are paved with more crossed signals than a 1970s sitcom as love-triangle misunderstandings intensify to a feverish pitch. Based on a true story first serialized online that resulted in a real-life marriage, this Taiwanese campus romance is as sweetly charming as it is deliciously hilarious.
📽 Trailer: https://youtu.be/WPaodyQefH4 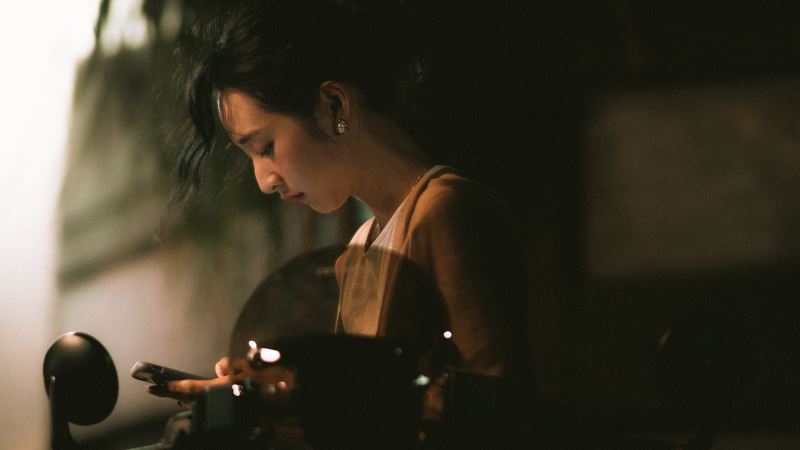 Terrorizers青春弒戀｜dir. Ho Wi-Ding何蔚庭, Hu Shih-Hsin胡至欣｜2021｜127 minutes｜Mandarin with English subtitles
New York Premiere｜7/24/2022, 4:00PM Walter Reade Theater, FLC
A delusional young man (Austin Lin of iWeirDO, NYAFF 2020) suddenly attacks a couple in public with a ninja sword. This sensational act of violence is then deconstructed through flashbacks and flash-forwards that explore the relationships between the four main characters, gradually unveiling their true natures. They include a noble young man who falls in love with a drama student and hopes to settle down, but all is not as it seems; an aspiring actress who confronts compromising secrets from her past; and a teen cosplayer who finds herself caught between a predator and a false hero. As all these threads converge, writer-director Ho Wi-Ding masterfully reveals how the disparaging public eye can dangerously fracture the emotional lives of fragile.
📽Trailer: https://www.youtube.com/watch?v=EajDGXwhH2o 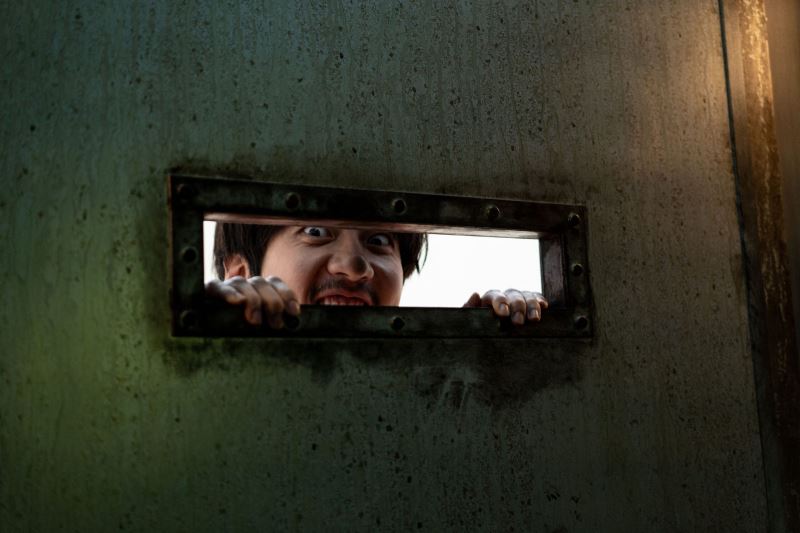 Life for Sale售命｜dir. Tom Teng鄧仲謀｜2022｜106 minutes ｜Mandarin and Taiwanese with English subtitles｜International Premiere｜7/24/2022, 9:30PM Walter Reade Theater, FLC
Pity poor insurance salesman Liang did the work but not getting any sales, and despite several imaginative attempts to off himself, he fails. But thanks to an agent of fate (masquerading, of course, as a cockroach), he finds Yukio Mishima’s 1968 “psychedelic adventure” novel “Life for Sale” and is inspired to offer his own on the Internet. Before he knows it, he’s in big demand… but death continues to elude him. As Liang encounters evermore strange and powerful clients, his newfound lack of fear leads him in daring directions. With each audacious exploit, this absurdist noir comedy grows increasingly extravagant, gruesome, even heart-stopping, but never ceases to surprise.
📽 Trailer: https://youtu.be/Isc2iyTEKQw 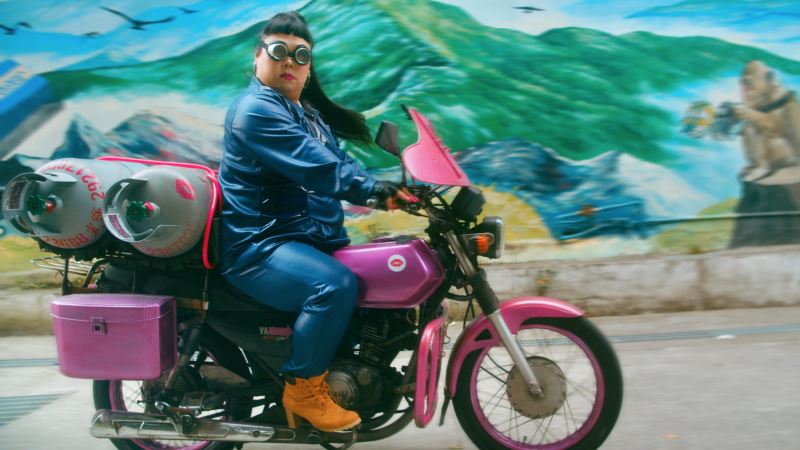 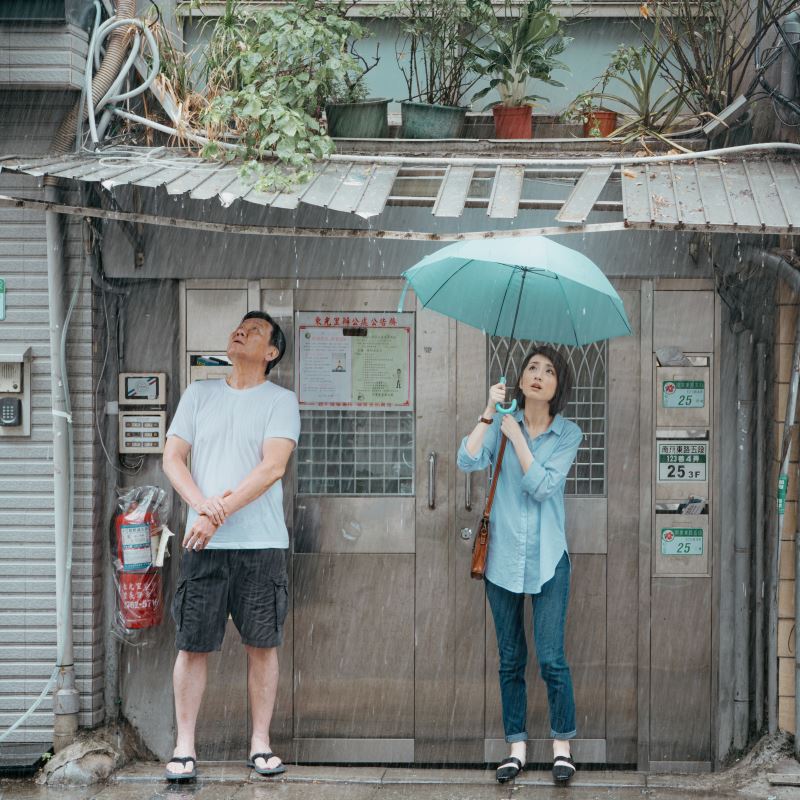 Reclaim 一家之主｜dir. CJ Wang王希捷｜2022｜126 minutes｜Mandarin with English subtitles
International Premiere｜7/29/2022, 6:00PM Asia Society
Beloved art teacher Mrs. Yeh has long given up her dreams of seeing the world, instead becoming a good wife, mother, and daughter. She dutifully waits on her mansplaining loafer husband, tries to keep tabs on her Alzheimer’s-stricken mother, and dotes on her grown children. When her architect daughter moves back home while trying to reset her career, Mrs. Yeh decides to buy a bigger apartment. But plans go awry. This beautifully nuanced feature debut eloquently and hum
Photo
Back
返回頂端
關閉選單
Keywords: 文化部
fb youtube mail