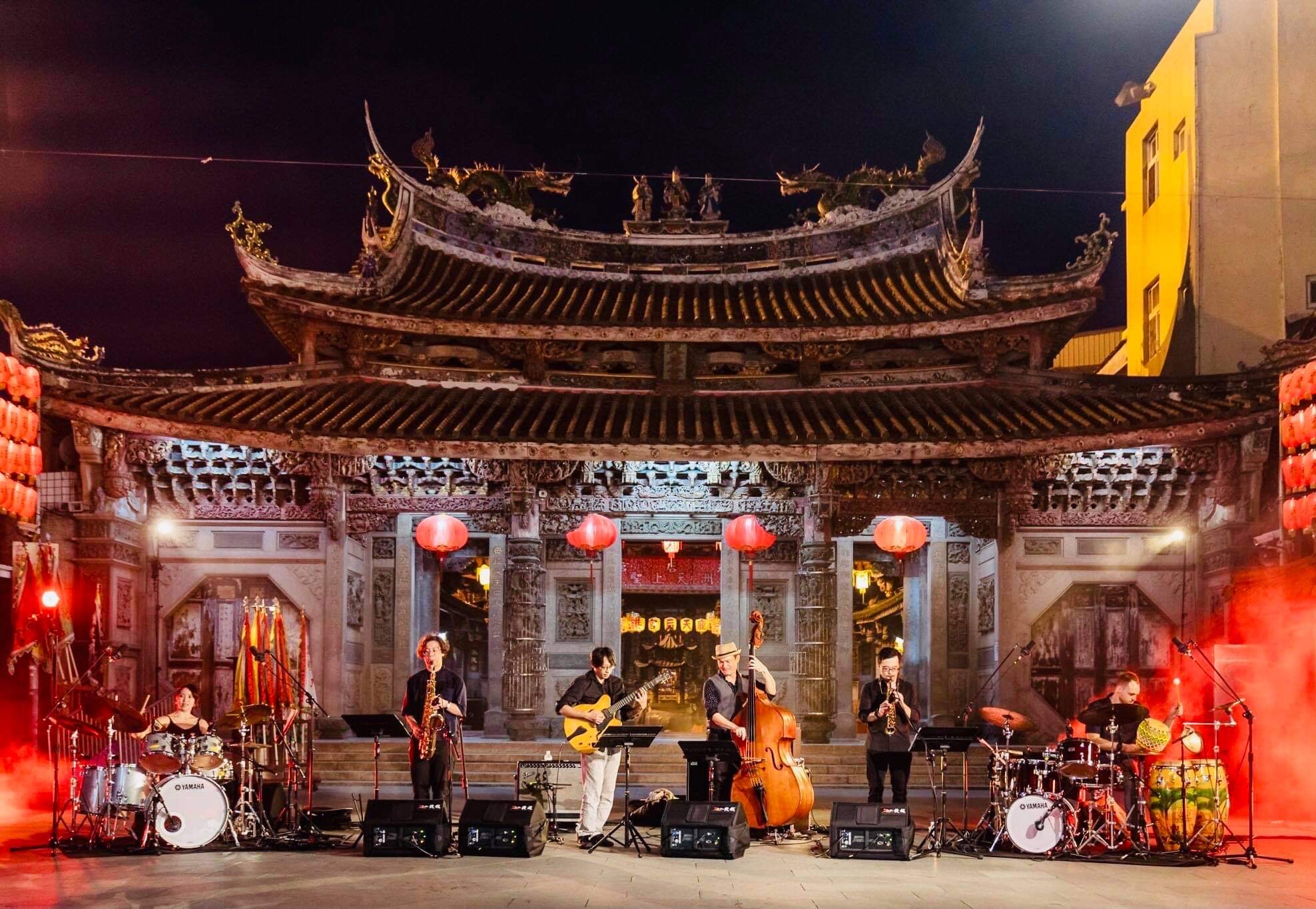 The band’s newest program of 《Jazz Changed, Jazz Changes, Jazz Changin’》live performance film will be premiered at NOLA River Festival website on September 18th, 2021 at 9:00 PM EDT. Bassist and composer Vincent Hsu reflected on three questions while producing this live performance film with his ensemble, the Soy La Ley Afro-Cuban Jazz Band—“How has jazz changed the world?” “How is it changing the world?” “How has jazz itself changed? A devotee of Afro-Cuban music, Hsu made the film to showcase his original compositions, and to share a glimpse of everyday and traditional life in his native Taiwan. The performances were shot at scenic locations unique to the island nation. Hsu aims to show that jazz is alive and well beyond its birthplace, and as the title suggests, to show how this music is always evolving. Ultimately, the film is a tribute to this uniquely African-American art form, as well as an acknowledgement of the indelible impact it has left on people and societies around the world. Also featured are interview clips with prominent musicians and scholars, including Hsu's mentor, the legendary bassist Cecil McBee, historian Loren Schoenberg, drummer and educator Jerome Jennings, and poet and writer Naomi Extra.

Tune in on NOLA River Festival Facebook on September 18th, 2021 at 9:00PM EDT, for the live premiere!

Formed in 2010, Vincent Hsu & Soy La Ley Afro-Cuban Jazz Band (徐崇育& Soy La Ley古巴爵士樂團)aims to infuse their Taiwanese roots to the practices of jazz and Afro-Cuban music style, leading audiences to experience the unpredictability of jazz improvisation through Afro-Cuban rhythms. Their debut album ‘In Our Blood’ was released in June 2018. It won the “Best Jazz Single of the Year” with Vincent Hsu’s composition “Dreamer's Blues” at the 2018 Golden Indie Music Awards, and was also honored with the Global Music Awards' Silver Medal for Outstanding Achievement in 2019.

Born and bred in Taiwan, award-winning bassist and founder/bandleader Vincent Tsung-Yu Hsu launched his musical career in New York City and was mentored by legendary musicians, including Victor Venegas, Andy González, Cecil McBee, and John A. Schaeffer. Hsu has been touring worldwide, including Madrid International Jazz Festival, Busan Jazz Festival, Taichung Jazz Festival, National Theater & Concert Hall Summer Jazz Festival, and Macau Jazz Festival, among others. Taking the combination of Latin music and jazz as a form of bilingualism, Hsu is an inheritor of the musical lineage that originates in New York’s Spanish Harlem. Three distinct cultures intersect and interweave to shape the sonic character of his band: the singular power of African polyrhythms come together with the fusion of Latin and jazz improvisation in a profusion of Taiwanese compositional elements that give rise to vivid storytelling. Vincent Hsu & Soy La Ley Afro-Cuban Jazz Band have taken the dual vernaculars of Afro-Cuban music and jazz, and left their own musical mark through the creation of an original work that embraces the context of Taiwan’s own soundscape.