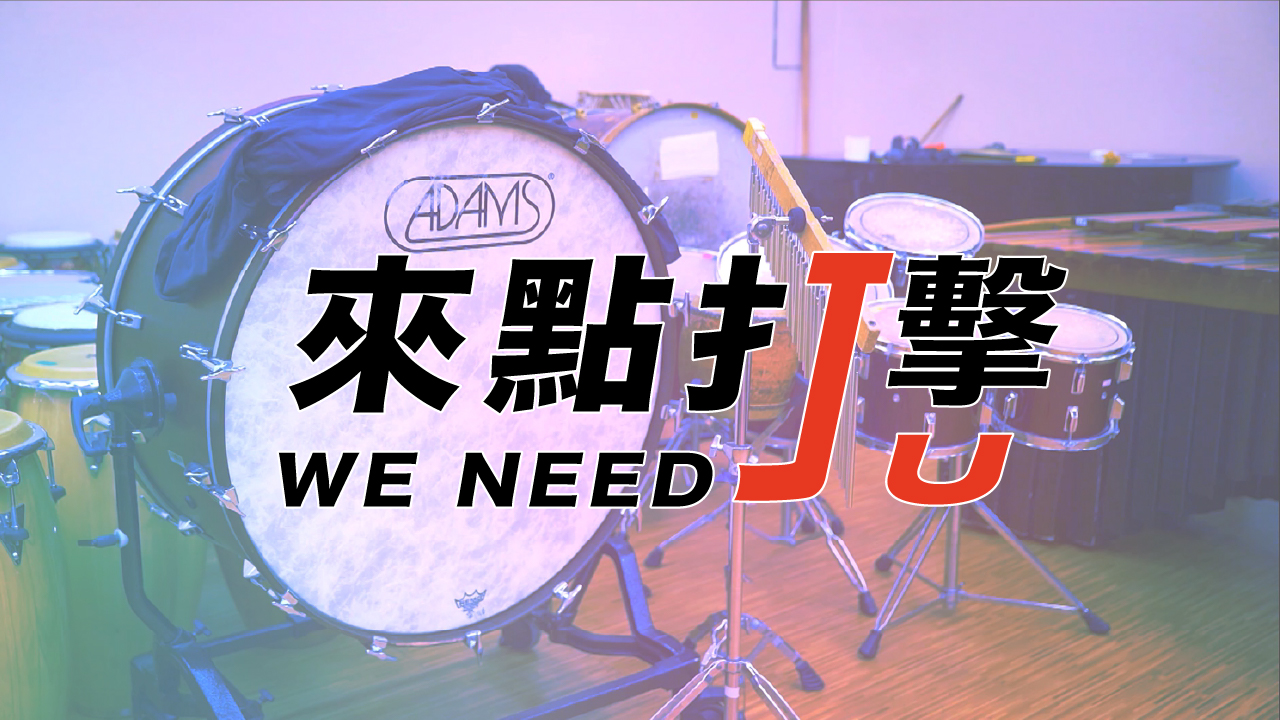 The Ju Percussion Group, in collaboration with Very Mainstream Studio and partially sponsored by the Taipei Cultural Center in New York, presents "We need Ju," a video series aimed at a global audience in celebration of the group’s 35th anniversary.

Well-known around the world for their innovative blend of East and West, traditional and contemporary, Ju Percussion Group is a theatrical music percussion group consisting of members who possess masterful virtuosity in playing Western percussion instruments, as well as Chinese gong drum music and other forms of Asian traditional music. The members’ dynamic talent and showmanship consistently wowed audiences when they performed on stages all over the world. However, in this video project titled “We need Ju,” you will see all the members interact and exchange ideas with skilled musicians, supporting staff, and others involved with the theatrical process. Seven thematic short videos will show the connections between the percussion music profession and work, life, and all sectors of society, including the art of instrument handling, timbre development, and stage change, as well as lessons learned from baseball batters, Taiko drum masters, and audio effect producers. Each feature video echoes the Ju Percussion Group’s dream of “enhancing the wide interest in percussion music in Taiwan” and helping people in Taiwan enjoy the power of percussion music, not only in the theater, but also in their daily life.

The founder of the percussion group, Ju Tzong-Ching, said, “Indeed, the height of today will be the starting point tomorrow. If we can continue to lay a solid foundation and expand our base, I am convinced that there is so much more potential for Taiwan’s percussion music to expand its space, and create added values for all sectors of life, thereby instilling endless vitality to our society. Our active performances around the world will certainly become a famous MIT (made in Taiwan) product!”


An Introduction to the Ju Percussion Group:

Rooted in Taiwan and shining on the world stage, the Ju Percussion Group has continued to maintain its "moving on" spirit and unique approach to "blending tradition and modern, balancing East and West." To date, the group has played in 34 different countries around the world, and it has cultivated almost 150,000 percussion learners via its instruction system. The growth of the Ju Percussion Group is a reflection of the development of contemporary percussion on the island of Taiwan.

To further expand on its range of performances, the Ju Percussion Group holds three grand concerts every year, and these events serve to demonstrate its creativity, showcase its inherited cultural legacy, and fuse Western and Asian culture. Apart from its concert performances, another feature of the group is its composition of original musical pieces. The Ju Percussion Group is one of the few ensembles with its own exclusive composers, and the group has commissioned the creation of as many as 243 pieces. It invests massive resources in domestic and overseas creation to develop and treasure the voice of this era.

Two videos are available to watch now, and five more will be presented by the end of this year.