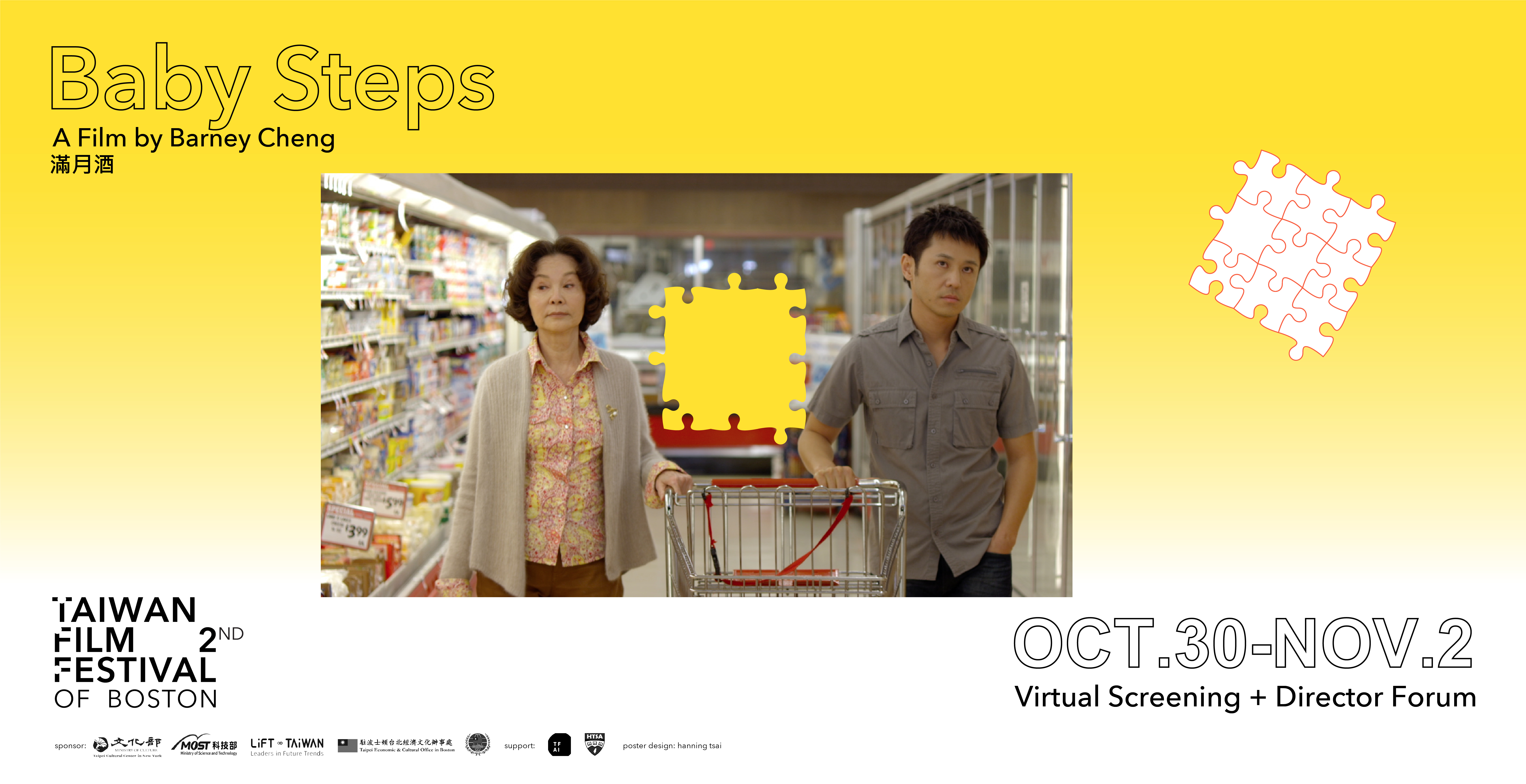 From October 31st to November 2nd, Taiwan Film Festival of Boston (波士頓臺灣影展, TFFB) will be screening Baby Steps(滿月酒) to celebrate LGBT+ History Month, as well as Taiwan Pride Parade which will kick off on Oct. 31st as scheduled despite the pandemic. The film is a dramatic comedy about a gay son and his mother, both lost in their own worlds, traveling around the globe to find what is missing in their lives. After the journey, what they have found is a new family and a new beginning.

TFFB hopes this film not only raises issues of equality, empathy, and acceptance, but also sheds light on the inadequacies in LGBT rights that remain, beyond the legalization of same-sex marriage. Barney Cheng(鄭伯昱), the director, writer, and star of “Baby Steps,” will attend the post-screening forum on November 1st at 8 pm EST to share his behind-the-scene experience and to discuss the rights of non-traditional families.

Drawn from the director’s own experiences as a gay man, “Baby Steps is a six-year journey from concept to writing to filmmaking to release” said Cheng in a Q&A held by HuffPost. Baby Steps was awarded Tribeca Film Institute's All Access fellowship and co-produced by Stephen Israel, known for the comedy-drama Swimming with Sharks, and Hsu Li-kong (徐立功), the Oscar-winning producer of Crouching Tiger, Hidden Dragon.

This year’s Taiwan Film Festival of Boston is co-presented by Taipei Cultural Center in New York, Taipei Economic and Cultural Office in Boston, and the Science and Technology Division of TECO in Boston.

Danny, a Taiwanese-American man, and his partner Tate, long to have a baby, but the journey becomes more complicated by Danny’s meddlesome mother who wants to control every aspect of the process from Taipei.