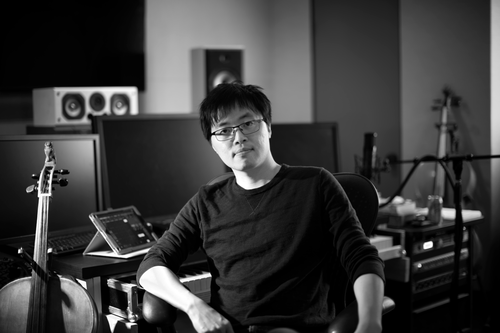 Based in Los Angeles, Ian Chen is a Taiwanese-Canadian composer for film, TV, and video games. Most recently, Ian has been nominated for “Music of The Year” at the 18th Game Audio Network Awards for his original soundtrack for the French independent game FANTASTIC CREATURES (《四靈文明電玩原聲帶》). The soundtrack also won him “Best Film / TV / Game Score” at the 18th Independent Music Awards. Ian is a 2019 Golden Bell Award nominee for his work on the soundtrack for the Netflix series GREEN DOOR (《魂囚西門》), starring Taiwanese singer Jam Hsiao(蕭敬騰) and Golden Horse winning actress Hsieh Ying-Xuan(謝盈萱). In 2018, his score for the American feature documentary THIS LAND received nominations internationally, including “Best Original Documentary Score” for the Fimucité festival in Spain, and the Crystal Pine Award “Best Original Documentary Score” at the International Sound & Film Music Festival (ISFMF) in Croatia.

Ian studied classical and modern orchestral composition at Cornell University, and furthered his education at NYU Steinhardt’s film music graduate program. His music is a unique blend of electronics, classical orchestration, and contemporary sampling techniques. He is proficient in a multitude of musical instruments across different musical families and cultural backgrounds, and his focus on texture and colour allows him to create soundscapes that are unique to each project, whether it be his solo works or on the big screen.

Alongside his film works, Ian also writes for live theatre, and is a prolific orchestra conductor and performer. In 2009 he founded the Cornell Eastern Music Ensemble in Ithaca, NY, and has lead the ensemble to grow into a 30-piece modern Chinese orchestra, releasing 2 albums containing many of his arrangements. In 2012, he was invited by the New Jersey Buddha’s Light Youth Chinese Orchestra to arrange music for, and conduct in, their 10th anniversary concert. In 2013 he collaborated with contemporary dancers Dai Jian and Elena Demyanenko from the renowned Trisha Brown Dance Company to create the theatrical piece BLUE ROOM, which was commissioned by New York Live Arts and was acclaimed in The New York Times.

Here is the Award Speech of Ian Chen:

I feel incredibly honored to be awarded the Best Film/TV/Game Score Award at the Independent Music Awards. I want to thank Fabien from Blue Callisto for bringing me onto the team, and giving me unprecedented freedom to explore and experiment with musical arrangements and orchestrations that are rarely used in today’s gaming soundtracks. Fantastic Creatures takes place in a world derived from ancient Chinese mythology, and the soundtrack makes extensive use of traditional Chinese instruments. I was fortunate to work with many world-class traditional musicians from Merano Cultural Performances Group, and I hope that through my music more people will have the opportunity to learn about this part of old Chinese culture. I want to thank my music team for helping me push through and fine-tune the soundtrack in the final days of production, and last but not least, I want to thank my family and wife for their ever-present support and belief in me.