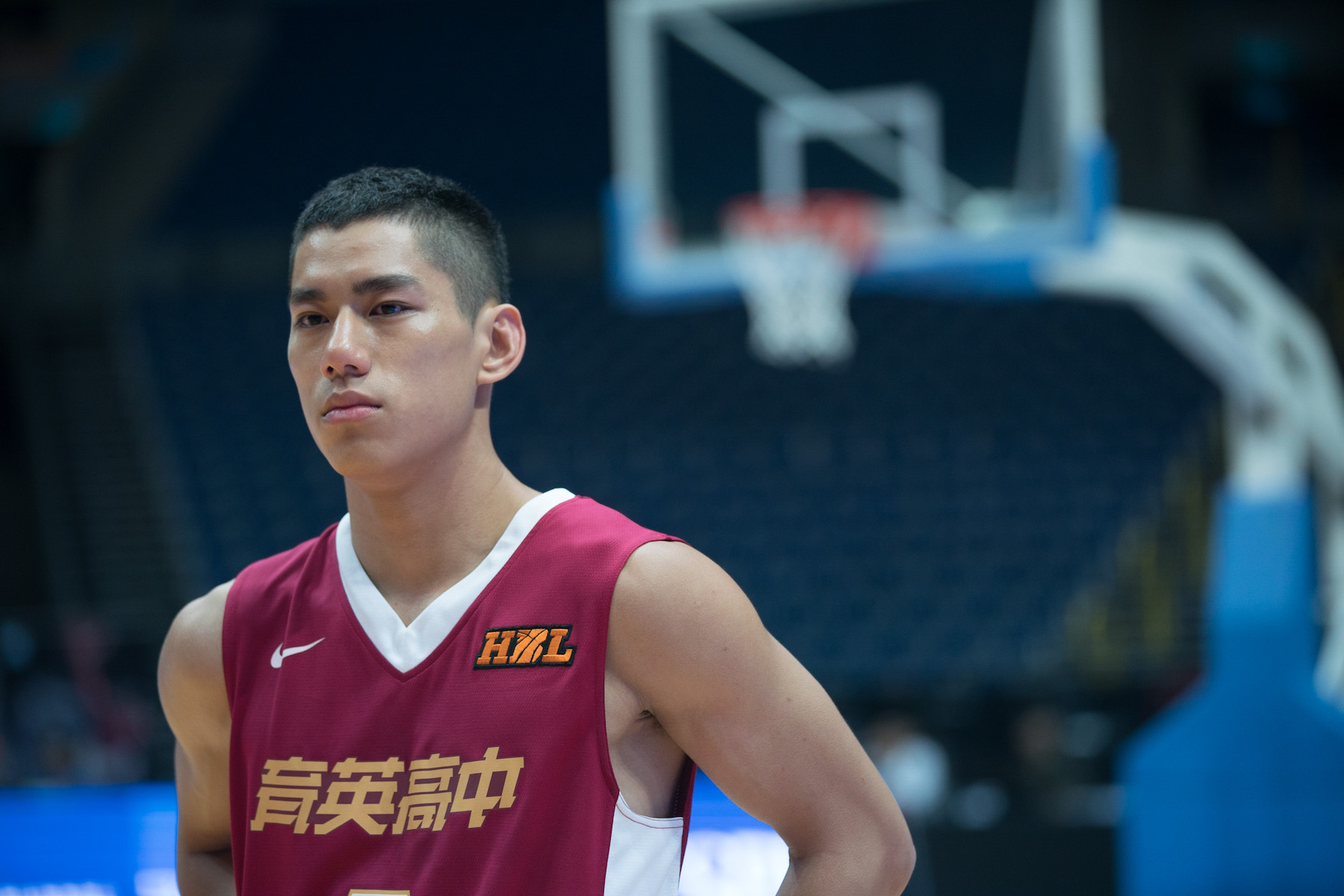 Chicago’s Asian Pop-Up Cinema (APUC) will celebrate its 10th Season with 16 new films from Asia, starting March 10 through April 9, 2020. Two Taiwanese feature films, “We Are Champion” and “Detention,” will be screened on March 25 and 26, respectively, with the former’s producer Rachel Chen and actor Berant Zhu attending its screening. Moreover, “Stand By Me,” the soft-opening film of this Season, will be screened once again on March 28 at the University of Michigan in Ann Arbor, as part of Asian Pop-Up Cinema on Tour.

Taipei Cultural Center in New York points out that the three films reflect the views of Taiwan's younger generations, and all of them were recognized by Taiwan’s Golden Horse Awards. The Center and the Taipei Economic and Cultural Office in Chicago are pleased to collaborate with the Asian Pop-Up Cinema, Chicago’s only pan-Asian film festival organized by the non-profit organization Sophia’s Choice, on this year’s Taiwanese feature series and to introduce the charm of Taiwanese films to the American audience. The Center also thanks Michigan Taiwanese American Organization (MiTai) for assisting with the encore screening of “Stand By Me.”

“We Are Champions” portrays two teenage brothers with nothing but each other, hoping to change their fate through their love of basketball. However, they cross paths on their way to ultimate basketball glory—the HBL championship. In the pursuit of striking resemblances to real games, Director Chang Jung-chi recruited amateur actors who are proficient in basketball, and went all out to perfect action choreography, camera movements, and sync sound. It took him seven years to make the film. “We Are Champions” was nominated for six Golden Horse Awards last year, including Best Supporting Actor, Best New Actor, Best Cinematography, Best Sound Effects, Best Action Choreography and Best Visual Effects, with Fandy Fan winning the Best New Actor. Asia Pop-Up Cinema will also honor both actors Fandy Fan and Berant Zhu by presenting them with the Bright Star Award before the feature presentation.

Taiwan’s box office hit “Detention” is a high-school horror thriller, adapted from an eponymous video game in Taiwan. Set in Taiwan in the 1960s, the story takes place during the White Terror, an era of political repression. Free speech and open criticism were severely restricted, if not forbidden. However, the attraction of the movie doesn’t only rely on its historical setting; rather, it lies in the movie’s visual effects, such as temples, charms, deities, funeral rituals, and other symbols of Taiwan-folk beliefs. The movie aroused very heated discussions among Taiwan’s younger generation on social media, and became the island’s highest-grossing domestic film last year. “Detention” also garnered 12 nominations for 2019’s Golden Horse Awards, winning five, including the Best Adapted Screenplay, Best Visual Effects, Best Art Direction, and the Best Original Film Song, with director John Hsu taking away the Best New Director.

“Stand By Me” is a Taiwanese romantic comedy adapted from a popular webnovel named “Pacer.” When it was screened as a soft-opening film on February 17, the audience was responsive in the post-screening Q&A session with Director Lai Meng-jie, who attended in person to share his behind-the-scenes experience in making the movie. Lai confessed that he was not very fond of the novel in the first place, but also aware that “I must have missed something important since the novel wins so many readers’ affection.” So he read the novel over and over again—even while using the bathroom—and finally, he found a new angle to tell the story: “It is actually a coming-of-age movie under the guise of love and romance.” “Stand by me” was nominated for the Best Adapted Screenplay of the 2019 Golden Horse Awards. The film will be screened once more at the University of Michigan Kellogg Eye Center Auditorium in Ann Arbor on March 28.

For ticket information and to view the trailer, visit Asian Pop Up Cinema: https://www.asianpopupcinema.org/.

Free admission to the encore screening at University of Michigan in Ann Arbor. For any further information, please contact MiTai at (734)302-1212, mitaicharity@gmail.com. 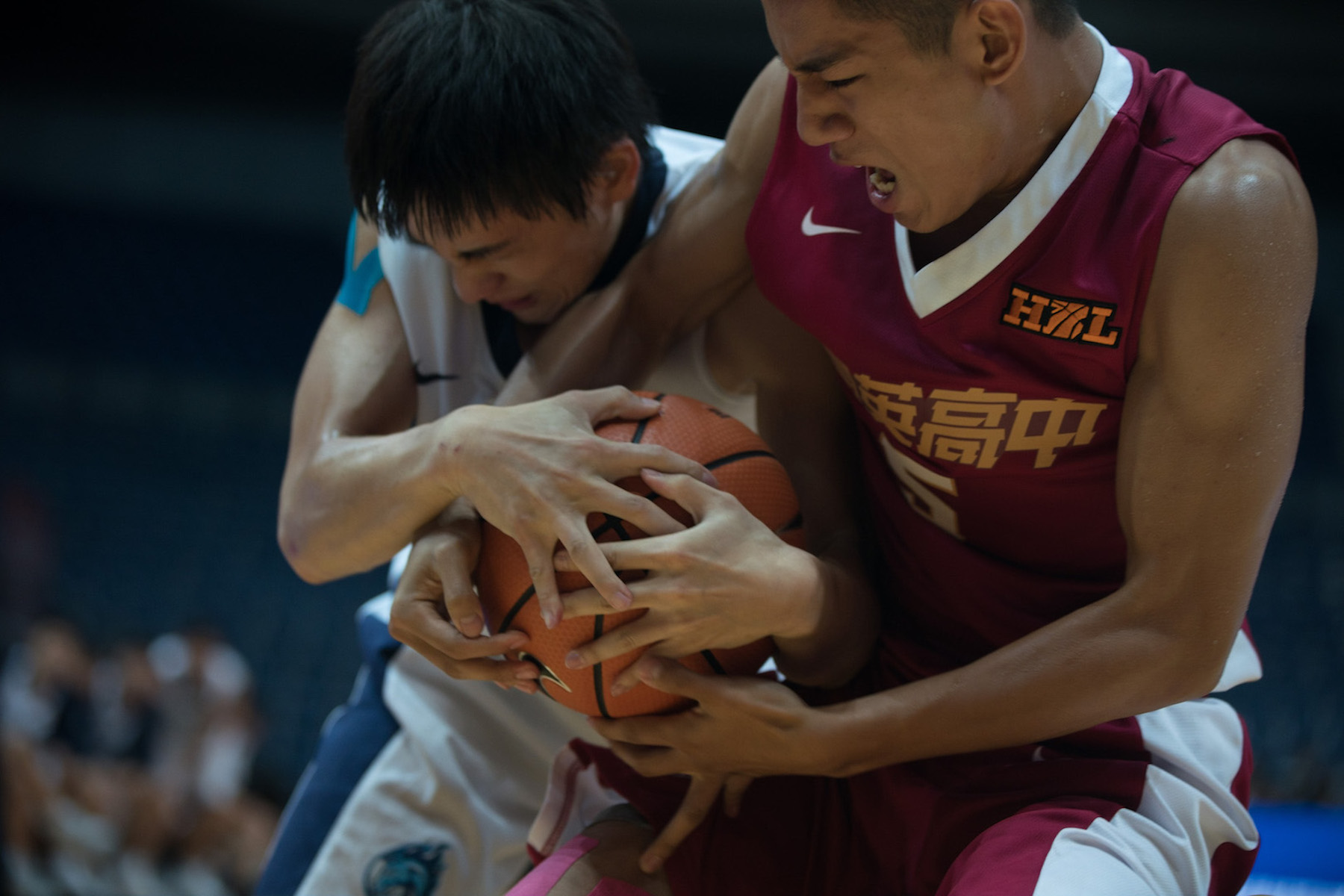 WE ARE CHAMPIONS (下半場) | Chicago Premiere

“What you lost in the first half…Win it back in the second half!”
Born into the bottom rungs of society, two teenage brothers with nothing but each other hope to change their fate through their love of basketball. Little brother Tung-Hao joins an elite school and transforms into a dazzling superstar; big brother Hsiu-Yu ends up on a ragtag squad about to be disbanded, finding an unexpected new brotherhood in his never-say-die teammates. Eventually, the brothers cross paths on their way to ultimate basketball glory—the HBL championship—where they will discover that something is more important than winning. 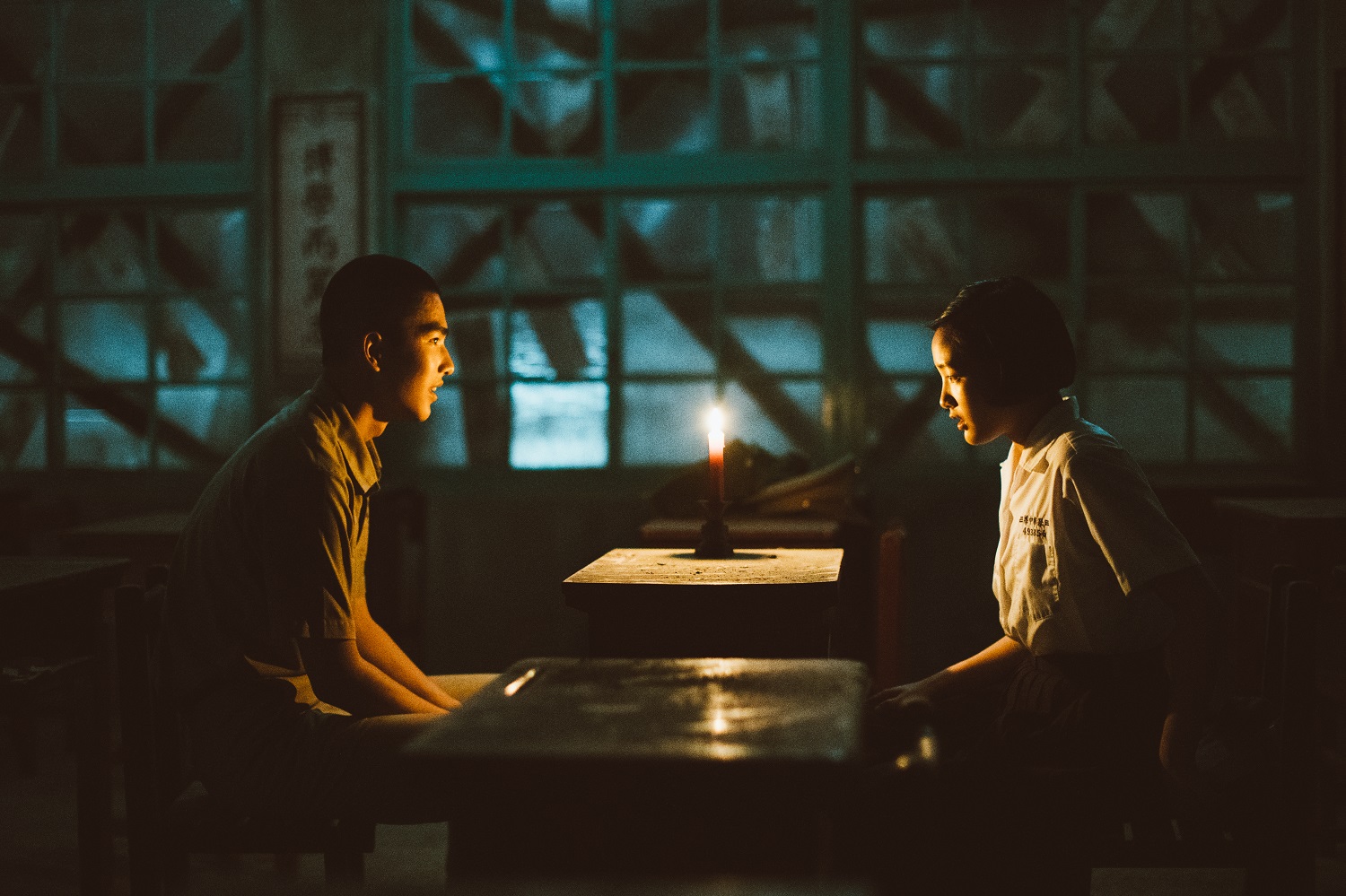 “Have you forgotten, or are you just afraid?”
In 1962, a sense of desolation and tension permeates the society. Fang, a twelfth grader at Tsui-Hua Senior High School, falls in love with Zhang, a counseling teacher. Troubled by the problems at school and home, Fang feels that Zhang is the only person who understands her. Longing for freedom, Zhang forms a study group with his colleagues and students, including Yin and Wei. Reading the banned books allows them to be liberated for a brief moment but at the same time, they put their lives in great danger. One day, Zhang vanishes into thin air, and only Fang and Wei, an eleventh grader, remember him. Together, Fang and Wei start looking for the disappeared teacher but find the school gradually slipping out of the world they are familiar with. Then in a realm dominated by ghosts and spirits, the pair are forced to face the terrifying truth... 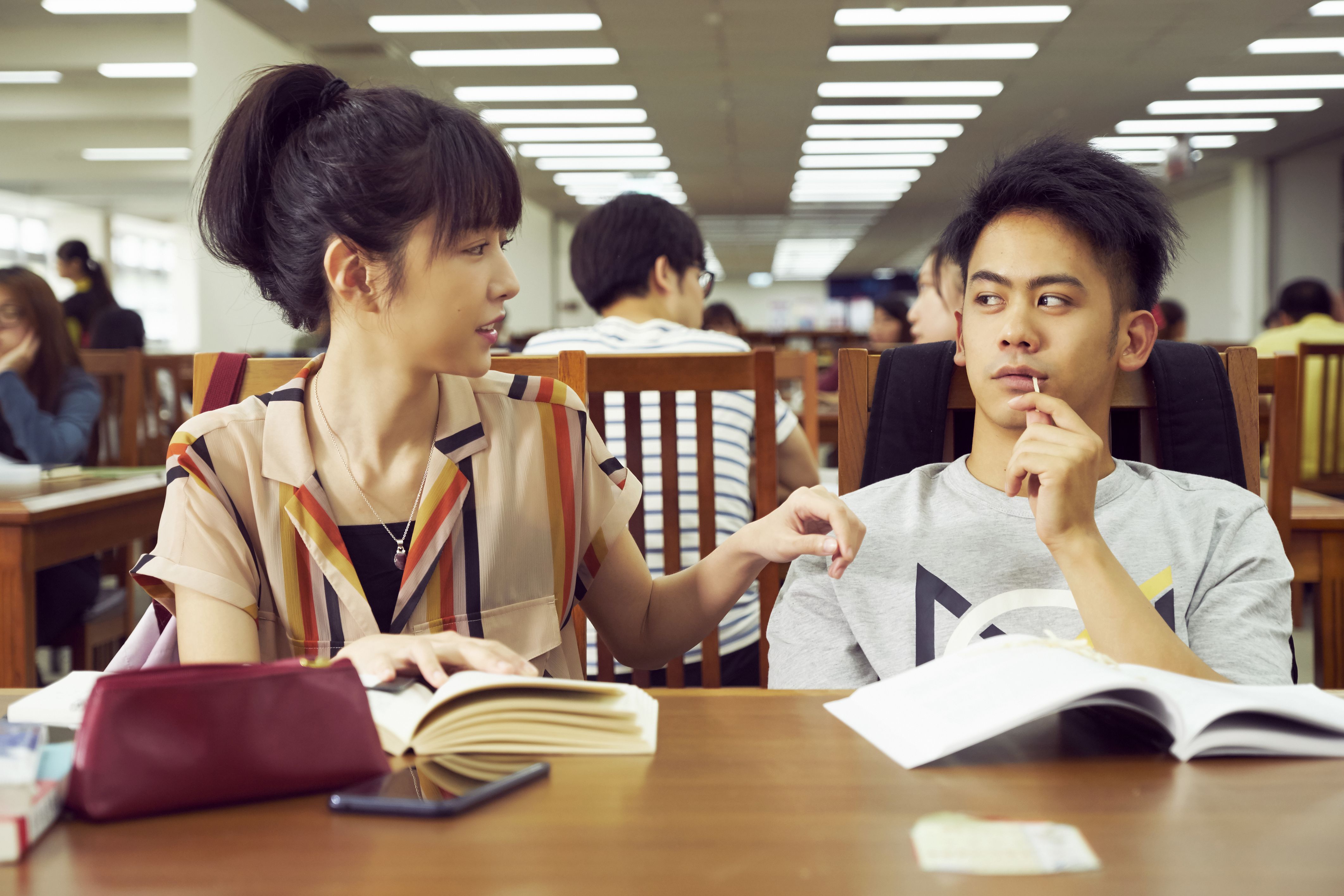 “A pacer has no finishing line to pursue, just keeps showing endless support.”
What would you be willing to do for the girl you love? Jiu-Bing has been stuck in the friend zone with Bo-He since he was 12. Though he harbors feelings for her, he has never summoned the courage to act on them. Later, while working part-time as a marathon pacer, Jiu-Bing meets Xia-Tian. The two are thrust together after inadvertently becoming internet celebrities. After putting Bo-He first for most of his life, Jiu-Bing comes to realize what role he has really played in her life, and he is forced to reflect on where his heart truly belongs.