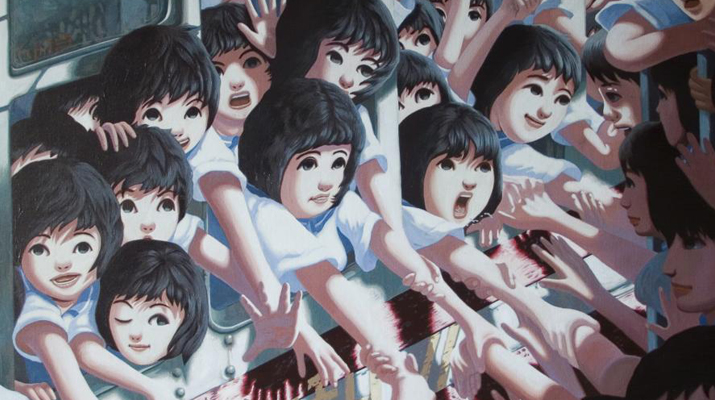 Ma'chunfu is recognized as a young talented artist, designer and animator from Taiwan. As a prolific artist of diverse productions in recent years, his works have been extensively shown in museums and art festivals in Taipei, Shanghai, Hong Kong, Japan, Korea, Singapore, Malaysia, Italy, France and Germany, such as MoCA Taipei and European Media Art Festival, etc.

Onishi Gallery is pleased to present Ma'chunfu's debut solo exhibit in New York-Elixir. The exhibit will include Ma's original animated short film and two-dimensional digital prints on canvas. In the series of Elixir, through the provocative, erotic female imagery, Ma attempts to divulge a sense of distorted beauty from manipulating and reversing the natural course of life. Moreover, a set of limited-edition figures inspired by his latest animation series Gibar shown on Channel [V] in Asia will also be on view for the audience in New York, as a premiere for a group exhibit of contemporary Chinese art from Taiwan this September at Onishi Gallery.
Back
返回頂端
關閉選單
Keywords: 文化部
fb youtube mail