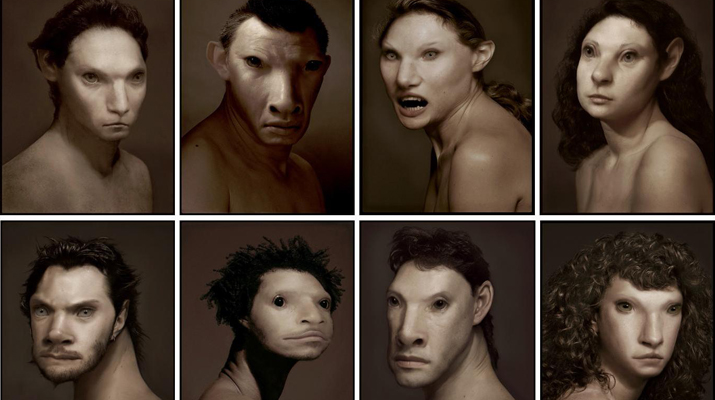 Taiwan: From within the Mist, international traveling exhibit, unveils a post-twentieth Century maelstrom that is transforming the here and now Taiwan and the world over in contemporary art are facing. Since the lifting of martial law in Taiwan in 1987, there was a societal change which, although subtle, was nonetheless discerned by the art community in Taiwan. The society blossomed in an environment of political democracy and a vigorous and prosperous economy, although there lingers a gray cloud of ambiguity and awkwardness of historical identity. The resulting sentiments materialized as creative works of art.

The present art movement will prove to be one of the most spectacular in the history of Taiwanese art. Besides explorations in creative form, content and subject matter, it addresses current topics of debate, conjectures of changes in society, interpretations of cultural phenomena and even inner examination of the self. Artists incorporate not just the large picture of society, politics, culture, history and even sexual identity, but also examine the micro-world of individuals, family, the body, desires and everyday life from a spiritual perspective.

The exhibit presents a takeoff from three important areas in Taiwan contemporary art: politics and history, the society and ecology, and the body and thoughts. The result represents a repartee amidst the ever-growing greater environment Taiwan encounters. As a whole, the vibrancy and provocative multimedia presentation testifies to the precious implications and accomplishments of a democratic regime in Taiwan.

The traveling exhibit, will debut May 18, 2007. It includes four cities in the United States and Canada and will then return to Taiwan for a homecoming show. This large scale endeavor, funded by the Council for Cultural Affairs in Taiwan, hosted and co-hosted, respectively, by the National Taiwan Museum of Fine Arts and the Taipei Cultural Center in New York has an artist living in America, Mr. Charles Liu, as the curator. Encompassing twenty-nine pieces of art work created by twenty-one artists from Taiwan, the show will take place from this year until summer of 2008 and is considered an important overseas exhibition.

Exhibition locations and time frames are as follows: Washington Pavilion of Arts and Science in Sioux Falls, South Dakota: from May 18, 2007 until August 19, 2007; Centre A - Vancouver International Centre for Contemporary Asian Art: from September 14, 2007 until October 19, 2007; University of Indianapolis- Christel Dehaan Fine Arts Center and Ransbury Gallery in the State of Indiana: from November 12, 2007 until December 7, 2007; the Illges Gallery, Columbus State University in the State of Georgia: from January 17, 2008 until February 24, 2008 and the National Taiwan Museum of Fine Arts in Taiwan: from May 31, 2008 until August 3, 2008.

The curator, Charles Liu, articulated that in the process where the Internet revolutionized the world into a borderless society, a brand new thought process, under the native and global framework, brings with it a new territory for our consideration. From the Internet locale of "non-place" to a "non-community" society, and a "non-nation" country and even "non-culture" civilization, it is that pervasive.

Organization
This exhibition is organized by the National Taiwan Museum of Fine Arts, Generous support is provided by Council for Cultural Affairs, Taiwan.